It's a winter companion for Lawrenceville's summertime Rock All Night Tour: The SnowBall at Cattivo features local bands of many genres, but it all happens under one roof. See OutsideInside, The Harlan Twins, Carney Stomp and many more. Sat., Jan. 19. Lawrenceville. 412-687-2157 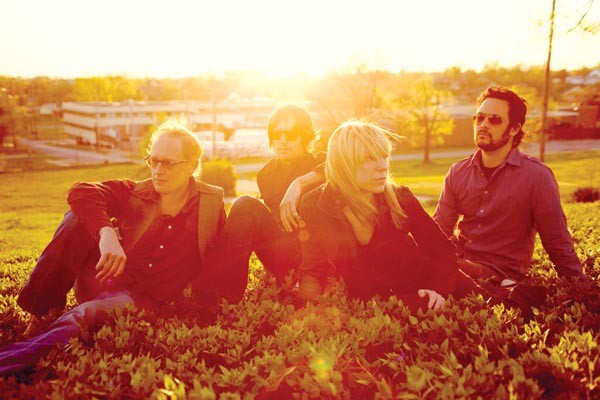 For Cincinnati's Heartless Bastards, the comparisons to Ohio neighbors The Black Keys come hard and heavy, but this band has a bit more country twang to complement its blues-rock intensity. Wed., Jan. 23. Mr. Small's Theatre, Millvale. 412-821-4447 or www.mrsmalls.com

In the late '90s and early '00s, Hot Water Music was synonymous with the Gainesville scene that sprung up around No Idea Records. Last year, Chuck Ragan and Co. released their first new LP since 2004. Tonight they play with La Dispute and The Menzingers. Jan. 30. Altar Bar, Strip District. 412-206-9719 or www.thealtarbar.com

The Weber Brothers at Howlers

The Weber Brothers are the kind of band that we're lucky to still be able to see in a small room locally. The roots-y Canadian group doubles as Ronnie Hawkins' backing band, but brings its own tunes tonight. Feb. 1. Howlers, Bloomfield. 412-682-0320 or www.howlerscoyotecafe.com

It's been months in the making, but finally, we get to hear the first full-length from local slowcore types Arlo Aldo. Bandleader David Manchester relocated here from Baltimore a couple years ago, converting his old outfit Kadman. Feb. 2. Brillobox, Bloomfield. 412-621-4900 or www.brillobox.net

There are few figures in punk history quite like H.R.; the Bad Brains frontman mixed hardcore punk with rasta practices in the early years of punk, and has since mixed his Bad Brains work with a considerable solo career. Feb. 10. Thunderbird Café, Lawrenceville. 412-682-0177 or www.thunderbirdcafe.net

Few local albums released this season will be as extreme as the two unleashed tonight: Grisly Amputation and Lycosa throw a bash to celebrate their respective brands of death metal and grindcore. Feb. 16. Dead Horse Cantina and Music Hall, McKees Rocks. 412-973-3295

Last time good-time rapper Hoodie Allen came through town, he sold out Altar Bar; this time, he does two nights there. The onetime Google employee might rarely be accused of being hard, but his stuff's undeniably catchy. March 5-6. Altar Bar, Strip District. 412-206-9719

Leave it to They Might Be Giants to write a song about Mr. Small's Theatre. For kicks, check out the video (featuring John Hodgman) on YouTube, then see the band at Small's itself tonight. March 20. Mr. Small's Theatre, Millvale. 412-821-4447 or www.mrsmalls.com

Caspian has been hitting the epic post-rock beat since the mid-'00s, when epic post-rock was the next big thing. The band's latest, Waking Season, is a weird, beautiful ride that mixes in electronics. March 22. Smiling Moose, South Side. 412-431-4668 or www.smiling-moose.com

It's an exciting time for car-shoppers, as more manufacturers focus on leaner, greener machines that still have plenty of fun features (heated seats, computer inputs) that would have been unthinkable a couple of decades ago. See what's new at this year's Pittsburgh International Auto Show. Feb. 15-18. David L. Lawrence Convention Center, Downtown. www.pittautoshow.com

It's nine acres of stuff for your home, from toilets and light bulbs to lawn furniture and solar panels — and it's conveniently located under one very big roof. The David L. Lawrence Convention Center is your one-stop for indoor-outdoor products and ideas, at the Pittsburgh Home and Garden Show. March 1-10. Downtown. www.pghhome.com

The Carnegie Mellon International Film Festival is a great way to check out some foreign films, as well as hear from visiting directors, attend post-screening discussions and even nibble on ethnic treats. This year's fest, Faces of Media, will offer films that reflect the impact of rapidly changing media and its related technology on individuals and cultures. March 21 through April 13. Various locations. www.cmu.edu/faces

Plan now for savings at the Summer Solstice. On June 21, the Carnegie Science Center lets you set your own admission fee — as low as you like — provided you also "pay" with a preserved snowball. (Saved snowballs will be reunited with the river using a launching tool.) So, hope for more snow, and make a couple of snowballs to store in the freezer. www.carnegiesciencecenter.org