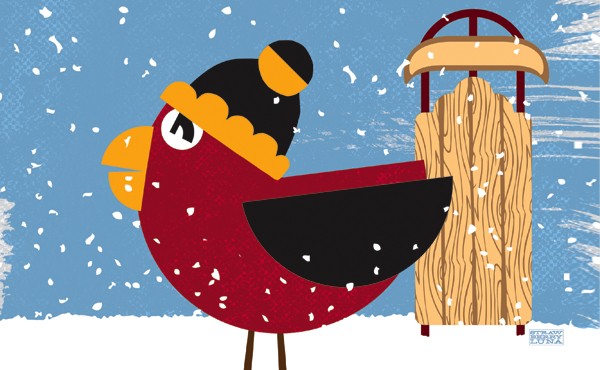 Despite recent alarming reports that 2012 was the warmest year in our nation's history, it's still winter out there, folks! Below we've compiled a selection of local happenings through March that should provide entertainment, edification and exercise.

Make 2013 the year you hit the annual Ligonier Ice Festival and watch artisans turn giant blocks of ice into sculpture. It's a sure-fire way to feel better about the frozen water we have to deal with this time of year. Jan. 26 and 27. Diamond area, Ligonier. www.ligonier.com 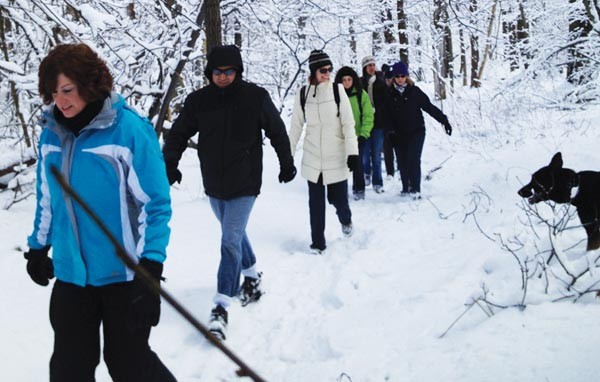 Cold weather doesn't mean you have to stay inside, and the folks at Venture Outdoors have dozens of activities lined up to prove it. From all-season hikes (some with food and booze included) and strolls to more timely pursuits like snowshoeing and winter bird-watching, there's bound to be a good reason for you to get outside. See www.ventureoutdoors.org for complete list and for reservations.

Ice skating is fun — and good exercise. Downtown's Rink at PPG Place is open until March 10 (www.ppgplace.com); and both North Park and South Park have skating facilities open through mid-March (www.alleghenycounty.us). In the city, Schenley Park Rink offers family nights, discounts with college ID, and a couples-only skate on Valentine's Day (www.citiparks.net).

If a dog ate a bowl of alphabet soup, could it talk? And what would it say? Find out in Martha Speaks, a new family musical adapted from Susan Meddaugh's books and the PBS TV series. The hour-long play is presented by Pittsburgh International Children's Theater. Feb. 10-17. Byham Theater, Downtown, and several area schools. 412-456-6666 or www.pgharts.org

Two of Pittsburgh's favorite youngsters are turning 1 — and you're invited to the party. Stop by the National Aviary to celebrate Happy First Birthday Penguins, with celebrants Tribby and Kaden. Games, penguins on parade, "Happy Birthday" singing, and cake and ice cream. Feb. 23 and 24. North Side. 412-323-7235 or www.aviary.org

Those Disney characters are never more lovable than when they're skittering around on skates. Catch the latest show, Disney on Ice: Treasure Trove, and watch your faves from Lion King, Peter Pan, Snow White and more lace up at the Consol Energy Center. Feb. 27-March 3. www.consolenergycenter.com

Hey kids, look who's back: the Easter Bunny! And before the big day, he's making time to hold some scheduled brunches and lunches at the Pittsburgh Zoo. Be sure to ask about his diet — he gives that candy away because he knows it's better to eat carrots. March 23, 24 and 30. Highland Park. 412-365-2532 or www.pittsburghzoo.org

If you need that festival feel in mid-winter, revisit the approximate scene of First Night for the Pittsburgh Cultural Trust's next quarterly Gallery Crawl. A couple dozen galleries and performance spaces will be open, with art shows, music, food and more. Jan. 25. Downtown. 412-456-6666 or www.pgharts.org 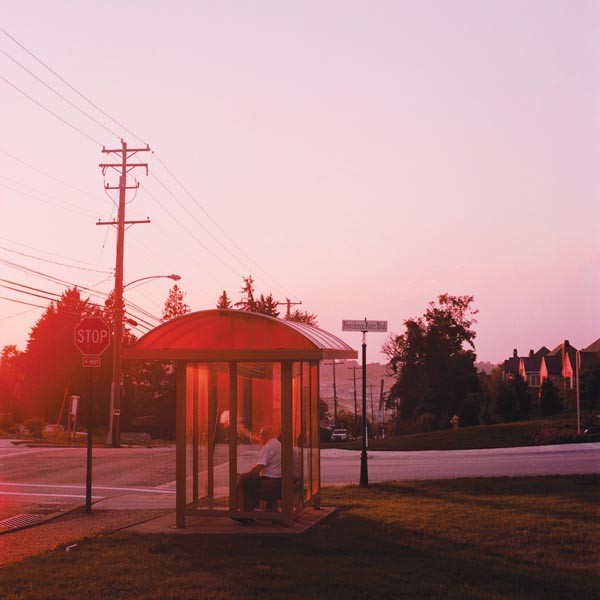 Image courtesy of the artist
Art by Ross Mantle, at Silver Eye Center

On Feb. 1, Pittsburgh Center for the Arts seeks sensory overload by opening 10 new visual-art shows. Among them: David Bernabo and Emily Walley's This May Not Take Long; Jeremy Boyle and Mark Franchino's Untitled; and work by Bill McAllister, Lenore D. Thomas and Lizzy De Vita. Shadyside. 412-361-0873 or www.pittsburgharts.org

Seeing Earth in its entirety from Apollo 8. Black Power at the Olympics. Nixon defeats Humphrey. The assassinations of Martin Luther King Jr. and Robert Kennedy. The national launch of Mr. Roger's Neighborhood. All these landmark events and more happened in 1968, and are contextualized in a new traveling exhibit 1968: The Year That Rocked America at the Heinz History Center. Starts Feb. 2.  Strip District. 412-454-6000 or www.heinzhistorycenter.org 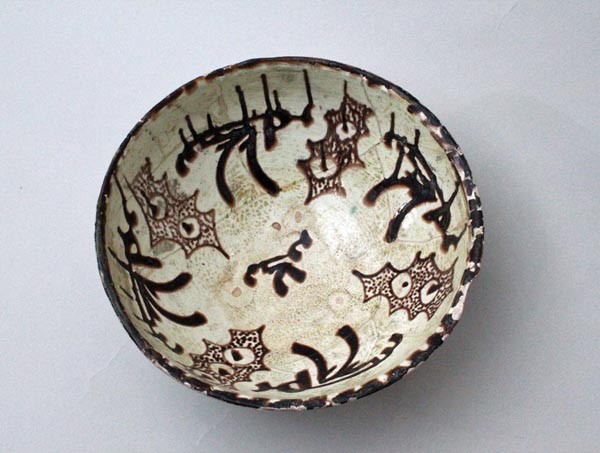 These days, we too often think of Iraq, Iran and Afghanistan as places of strife, but the region has a rich cultural history. The new exhibit, A Kind of Alchemy: Medieval Persian Ceramics, offers beautifully crafted bowls, bottles and other vessels, in a variety of aesthetic styles that marks ancient Persia's fortuitous location between Asia and Europe. Opens Feb. 23. Frick Art & Historical Center, Point Breeze. 412-371-0600 or www.thefrickpittsburgh.org 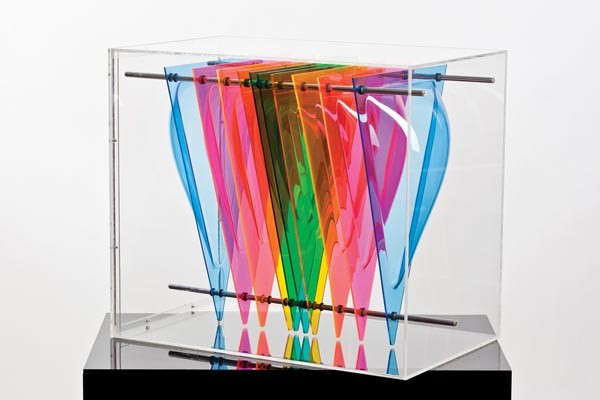 "Triatica Go Within," by Aaronel deRoy Gruber, at Westmoreland Museum of American Art

The sculptural work of multimedia Pittsburgh artist Aaronel deRoy Gruber, who died in 2011, is the focus of Aaronel deRoy Gruber: Art(ist) in Motion, a new exhibit opening at the Westmoreland Museum of American Art. In creating her sculptures, some of which were motorized, Gruber used materials such as welded steel, formed aluminum and Plexiglass. Opens March 9. Greensburg. 724-837-1500 or www.wmuseumaa.org 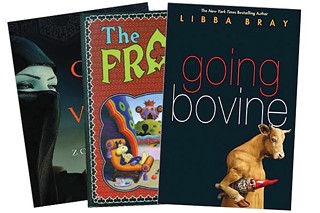 Winter is a great time to catch up on reading, but why not get out and talk about it? The Carnegie Library offers loads of book discussion groups, for mulling over everything from graphic novels and poetry to mysteries and short stories. See the website for schedules and locations. Ongoing. www.clpgh.org

The Pittsburgh Contemporary Writers Series hosts a free reading by nonfiction writer Sharifa Rhodes-Pitts, whose latest was 2011's critically noted Harlem Is Nowhere: A Journey to the Mecca of Black America. Rhodes-Pitts will be honored as this year's William Block Senior Writer. Feb. 26. Oakland. 412-624-6508 or www.pghwriterseries.wordpress.com

While it's not quite spring, maybe it's time for Paris. Monday Night Lectures hosts Paula McLain, the poet and author of The Paris Wife, a novel set in the Jazz Age about Hemingway's first spouse. March 18. Oakland. 412-622-8866 or www.pittsburghlectures.org

Since 1985, the Guerrilla Girls have used posters, zines, films, street actions and a book (Confessions of the Guerrilla Girls) to further their fight against sexism in the art world. The anonymous, masked group will hit the Carnegie Lecture Hall for the provocatively titled talk-slash-performance "What Are Museums For?" which recounts the artists' methods. March 20. Oakland. 412-622-3288 or www.cmoa.org 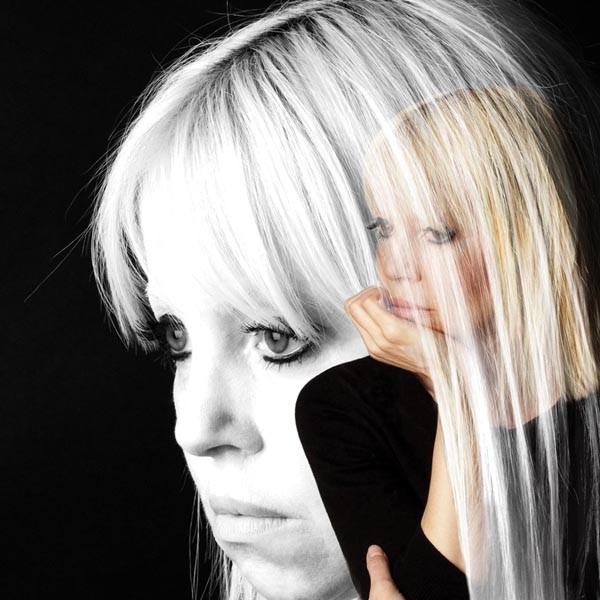 In 1001 Arabian Nights, Scheherazade told stories to keep alive. With Soap Opera, Attack Theatre has only to keep your attention — and odds are good the veteran dance troupe will manage that with this "passionate mash-up of dance and opera" inspired by Scheherazade. Feb. 1-10. Strip District. 412-281-3305 or www.attacktheatre.com

Yes, they can-can. The Royal Winnipeg Ballet's new Moulin Rouge — a story of "love, ambition and heartbreak" with French music and high kicks — broke records at home and is packing houses on the road. Pittsburgh Ballet Theatre tackles the challenge at the Benedum Center. Feb. 14-17. Downtown. 412-456-6666 or www.pbt.org

One of Pittsburgh's own takes a coveted stage. The Pittsburgh Dance Council, which hosts the world's top troupes, presents the premiere of Kyle Abraham/Abraham.In.Motion's Pavement. Local native Abraham, whose electric movement and riveting choreography have made him a rising star nationally, says this work explores "the state of Black America." Feb. 16. Byham Theater, Downtown. 412-456-6666 or www.pgharts.org 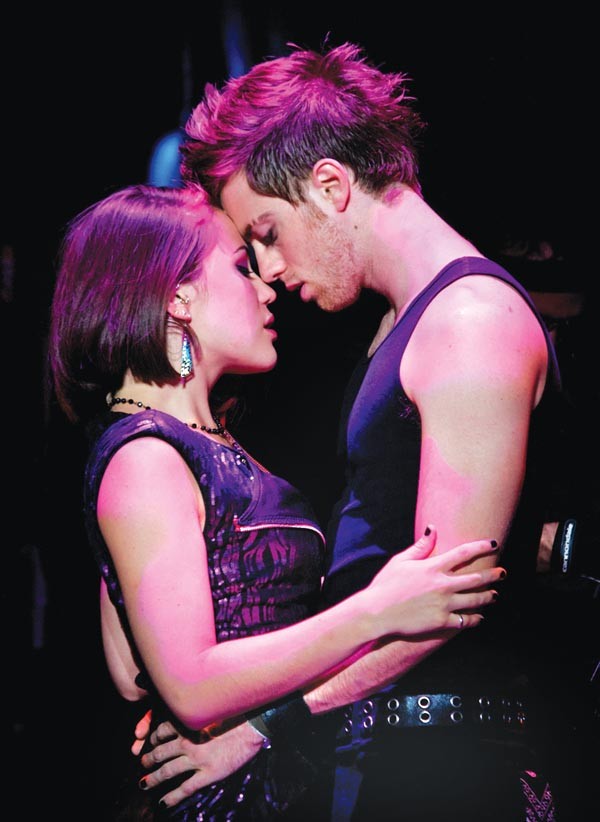 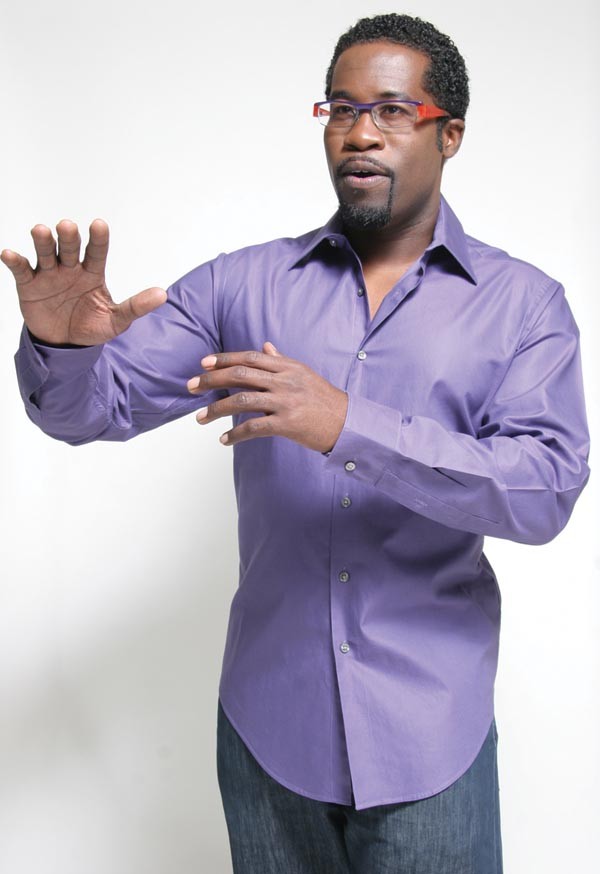 Born in 1887 in Georgia, to former slaves, vocalist Roland Hayes went on to conquer the world's classical stages. Hayes is brought to life in Breath and Imagination, a world premiere at City Theatre. The show is written by and stars Daniel Beaty, whose one-man show Through the Night was a hit for City last season. March 9-31. South Side. 412-431-2489 or www.citytheatrecompany.org

It's a winter companion for Lawrenceville's summertime Rock All Night Tour: The SnowBall at Cattivo features local bands of many genres, but it all happens under one roof. See OutsideInside, The Harlan Twins, Carney Stomp and many more. Sat., Jan. 19. Lawrenceville. 412-687-2157

For Cincinnati's Heartless Bastards, the comparisons to Ohio neighbors The Black Keys come hard and heavy, but this band has a bit more country twang to complement its blues-rock intensity. Wed., Jan. 23. Mr. Small's Theatre, Millvale. 412-821-4447 or www.mrsmalls.com

In the late '90s and early '00s, Hot Water Music was synonymous with the Gainesville scene that sprung up around No Idea Records. Last year, Chuck Ragan and Co. released their first new LP since 2004. Tonight they play with La Dispute and The Menzingers. Jan. 30. Altar Bar, Strip District. 412-206-9719 or www.thealtarbar.com

The Weber Brothers at Howlers

The Weber Brothers are the kind of band that we're lucky to still be able to see in a small room locally. The roots-y Canadian group doubles as Ronnie Hawkins' backing band, but brings its own tunes tonight. Feb. 1. Howlers, Bloomfield. 412-682-0320 or www.howlerscoyotecafe.com

It's been months in the making, but finally, we get to hear the first full-length from local slowcore types Arlo Aldo. Bandleader David Manchester relocated here from Baltimore a couple years ago, converting his old outfit Kadman. Feb. 2. Brillobox, Bloomfield. 412-621-4900 or www.brillobox.net

There are few figures in punk history quite like H.R.; the Bad Brains frontman mixed hardcore punk with rasta practices in the early years of punk, and has since mixed his Bad Brains work with a considerable solo career. Feb. 10. Thunderbird Café, Lawrenceville. 412-682-0177 or www.thunderbirdcafe.net 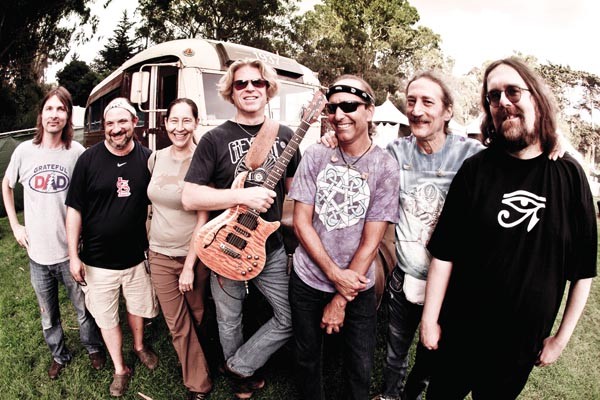 Few local albums released this season will be as extreme as the two unleashed tonight: Grisly Amputation and Lycosa throw a bash to celebrate their respective brands of death metal and grindcore. Feb. 16. Dead Horse Cantina and Music Hall, McKees Rocks. 412-973-3295

Last time good-time rapper Hoodie Allen came through town, he sold out Altar Bar; this time, he does two nights there. The onetime Google employee might rarely be accused of being hard, but his stuff's undeniably catchy. March 5-6. Altar Bar, Strip District. 412-206-9719

Leave it to They Might Be Giants to write a song about Mr. Small's Theatre. For kicks, check out the video (featuring John Hodgman) on YouTube, then see the band at Small's itself tonight. March 20. Mr. Small's Theatre, Millvale. 412-821-4447 or www.mrsmalls.com

Caspian has been hitting the epic post-rock beat since the mid-'00s, when epic post-rock was the next big thing. The band's latest, Waking Season, is a weird, beautiful ride that mixes in electronics. March 22. Smiling Moose, South Side. 412-431-4668 or www.smiling-moose.com

It's an exciting time for car-shoppers, as more manufacturers focus on leaner, greener machines that still have plenty of fun features (heated seats, computer inputs) that would have been unthinkable a couple of decades ago. See what's new at this year's Pittsburgh International Auto Show. Feb. 15-18. David L. Lawrence Convention Center, Downtown. www.pittautoshow.com

It's nine acres of stuff for your home, from toilets and light bulbs to lawn furniture and solar panels — and it's conveniently located under one very big roof. The David L. Lawrence Convention Center is your one-stop for indoor-outdoor products and ideas, at the Pittsburgh Home and Garden Show. March 1-10. Downtown. www.pghhome.com

The Carnegie Mellon International Film Festival is a great way to check out some foreign films, as well as hear from visiting directors, attend post-screening discussions and even nibble on ethnic treats. This year's fest, Faces of Media, will offer films that reflect the impact of rapidly changing media and its related technology on individuals and cultures. March 21 through April 13. Various locations. www.cmu.edu/faces

Plan now for savings at the Summer Solstice. On June 21, the Carnegie Science Center lets you set your own admission fee — as low as you like — provided you also "pay" with a preserved snowball. (Saved snowballs will be reunited with the river using a launching tool.) So, hope for more snow, and make a couple of snowballs to store in the freezer. www.carnegiesciencecenter.org