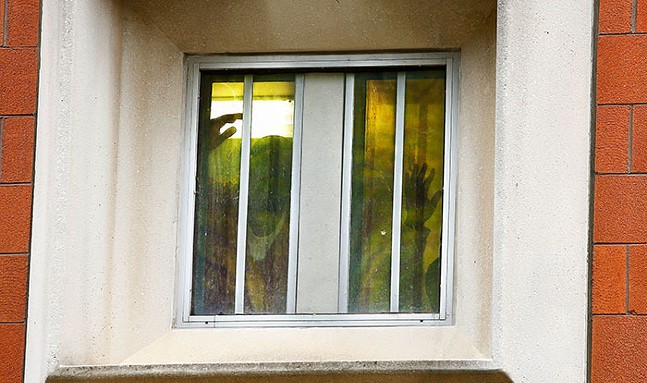 In a complaint filed June 7, Kenya Harper says the jail medical staff were “deliberately indifferent” to her “serious medical need” during her high-risk pregnancy.

Harper’s complaint states that she was admitted to the jail in November 2020 about a week after finding out she was pregnant. The complaint notes that jail medical staff confirmed her pregnancy during her initial screening and estimated she was then roughly eight weeks along.

Harper says she notified medical staff during this appointment that she might need additional medical care during her pregnancy due to potential Rh incompatibility. Because her blood type is B-, complications could arise if her baby turned out to have an Rh-positive blood type, which the complaint says she told jail medical staff along with details about complications from previous pregnancies. Rh incompatibility is especially dangerous for people who have given birth before, which the complaint notes was the case for Harper.

Throughout December 2020, according to the complaint, jail medical staff were unable to detect a fetal heartbeat, but told Harper “such inability was normal, and that all measurements indicated that the pregnancy was progressing normally.”

The complaint says Harper was taken to West Penn hospital in January 2021, and, after a sonogram, was informed the fetus had died weeks earlier. She was then sent back to jail without undergoing a procedure to remove the fetal body, the complaint alleges, arguing that the jail expected Harper to discharge the fetus at the jail rather than the hospital because corrections officers gave her menstrual care products.

Shortly after, according to the complaint, Harper noticed she was bleeding and asked for help, but was ignored. In the middle of the night after severe abdominal pain and more heavy bleeding, the complaint says Harper told a corrections officer she was miscarrying, and the guard told her “the only way you can get help is if you walk to the infirmary,” on a different floor.

Although “Ms. Harper felt like she was dying,” the complaint reads, she “walked, while bleeding profusely, to the infirmary,” where a nurse left her alone in a room sitting on “puppy potty training pads,” because she was losing so much blood. According to the complaint, the nurse in question failed to summon further medical assistance.

“Eventually,” the complaint says, “an ambulance was called,” and paramedics asked Harper why she had not been given the procedure to remove the fetal body, to which she replied she did not know.

At the emergency room, according to the complaint, the fetal body was “largely discharged,” after which “hospital staff put the body’s remains into small cups, and left them sitting next to Ms. Harper.”

After a doctor performed another sonogram, the doctor informed Harper that the body was not fully discharged but refused to perform the procedure to completely remove the remains from Harper’s body, the complaint says, giving her two pills and sending her, mid-miscarriage, back to ACJ.

“Ms. Harper’s miscarriage continued for approximately one week,” the complaint notes, during which Harper “had to wear diapers due to the miscarriage and resultant heavy bleeding.”

The complaint also alleges that Harper requested a grievance form multiple times to register her complaints and “was told each time that there weren’t any printed.”

The lawsuit requests damages for pain and suffering, emotional distress, humiliation and embarrassment, plus punitive damages.


A jail spokesperson tells Pittsburgh City Paper that the jail does not comment on pending litigation as a matter of policy.