Why we get who we get at the Arts Festival

This year's lineup is fresh in some ways, but less diverse than in past years; festival bookers explain 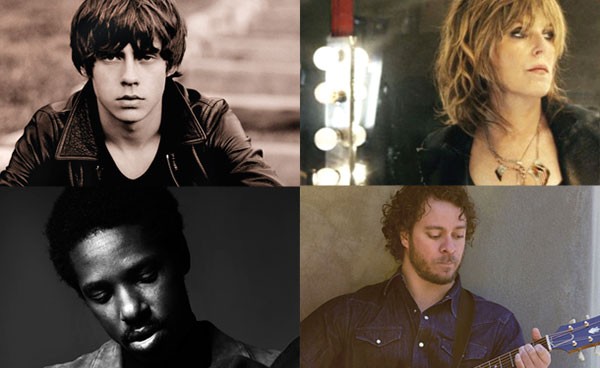 Pittsburghers know it's traditional to get a few windy thunderstorms just in time for the kickoff of the Dollar Bank Three Rivers Arts Festival in early June each year. Customary, too, is the storm of public opinion that sweeps over the festival's music lineup. It's understandable that the festival would be a lightning rod: It's big, it's free and it provides an art-focused alternative to the big, commercial outdoor concerts of summer.

This year's festival has some big names and some acts that have never been to Pittsburgh before: Jake Bugg (headlining Sunday, June 15), the British rock singer-songwriter who's all the buzz right now, and The Kaiser Chiefs (Tue., June 10), also from England, who have been around a bit longer. Lucinda Williams headlines on Sat., June 14, and up-and-coming soul singer Curtis Harding plays on Fri., June 13. But at the same time, there are aspects of the lineup that are worth questioning: Of nine headlining pop acts, only one is a woman, and only two feature musicians of color; more than half of the acts are acoustic-guitar-based, whether alt-country, bluegrass or rock.

Organizers are quick to point out that there's a lot more to booking a 10-day festival than just picking who you want and bringing them to town.

"I always say, it's not like going to a grocery store and picking out what you want," says Gary Hinston, the festival's main stage and music consultant, who's booked the music since 2002. "We know exactly what we want, what's going to fulfill the mission of the festival."

"Last year, the experiment I wanted to test right off the bat was, let's look at a world-music act that would be not too dissimilar to what we do for our Trust Presents series," explains Veronica Corpuz, director of festival management and special projects for the Pittsburgh Cultural Trust, which runs the festival. "I was able to see Red Baraat in New York during Global Fest, and also Grupo Fantasma — to see if we can present a Latin band and a South Asian band. And it did bring a different audience, but then, just the nature of the cycles of different artists going out at different times."

"Gary and I have this conversation [about diversity] a lot," Corpuz notes. "It's really a function of who's going out [on tour], and who's going to fit on the stage. This is something I've learned. I saw this Native American DJ group at Global Fest, A Tribe Called Red. I thought ‘They're so awesome!' But they're a night-club act. It's a large stage."

Another aspect of booking: the fact that the festival fits into a larger framework of programming the Cultural Trust puts on all year.

"I'm supposed to coordinate with the director of the jazz festival, the children's festival, First Night," says Corpuz, "to map out a year-long program that taps into different channels, different audiences."

The JazzLive International Festival, also free and produced by the Trust, takes place a week after the Arts Festival ends. (In previous years, it took place during the festival, but it was moved this year.) That means jazz acts are more likely to end up on that bill, rather than being steered toward the Arts Festival.

Perhaps that's one reason for all the acoustic guitars — not that they're being played by a bunch of slouches. The headliner Fri., June 6, is Jeff Tweedy, who appeared at the festival twice in the early 2000s with Wilco. On Sat., June 7, bluegrass takes over, with Sam Bush headlining. Trampled by Turtles, a Minneapolis band that doesn't fall far from the bluegrass moniker itself, headlines the next night, Sun., June 7.

Local music programming is another highlight of the festival this year; in addition to local openers for several of the music headliners, the Dollar Bank stage will host local acts during the noon hour on the festival's weekdays. And non-traditional music pieces will be put on by local artists, too: Squonk Opera premieres a new work, "Pneumatica," on the festival's second weekend, and local musician Chistiane D will work with other locals for nightly performances by the Complaints n'At Choir, a local installment of a global movement in which musicians make songs out of people's gripes.

That'll all make for plenty of happy audience members, even if there are questions about the lineup's diversity of sound and demographics this time around. And the festival's organizers are quick to point out that they're not looking to sweep the diversity issue under the rug — but it's not always easy to get everything you want every year.

"We have so little control over when we can get the acts we want, we kind of have to make the pieces work with what we have sitting on the table," says Hinston, a 30-year veteran of show promotion in the area.

And Corpuz is perfectly happy with the festival lineup having its share of both fans and detractors.

"I think if we feel like this is it, we can stand behind it, then here it is," she says. "All curating is subject to the whims of the public. And that's what's great about this city."