Why Snapchat should be grateful to sex workers

Snapchat’s sex-negative rhetoric and policies enable this sort of harassment by providing a reason for trolls to vindictively report and police the sexual activity of women. 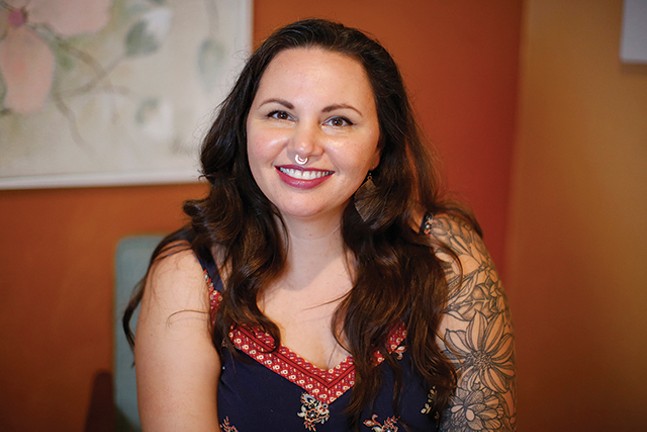 In 2011, TechCrunch quoted founder and CEO of Snapchat, Evan Spiegel saying, “I’m not convinced that the whole sexting thing is as big as the media makes it out to be, I just don’t know people who do that. It doesn’t seem that fun when you can have real sex.”

Yet, the appeal of Snapchat is that the text and pictures sent through the app disappear. Spiegel himself admits later in the same interview that the app was inspired in part by the Anthony Weiner sexting scandal, noting the advantage of expiring data. In this regard, the statement is curious; the ephemeral nature of the Snap makes it ripe for sexting.

What is even stranger is his claim that sexting is something that people don’t do because it is more fun to have sex IRL. I think writer Sarah Nicole Prickett was on to something when she observed, “There is nothing like talking to somebody IRL, it’s true … But when it’s good, there’s really nothing like sexting.” She concludes, “Good sex I can usually leave wherever I found it, but good sexters I keep forever in my pocket.”

What Spiegel is downplaying in that statement is the extent to which many folks genuinely enjoy sexting, not as a sorry replacement for the sex they wish they were having, but as an exciting and satisfying experience on its own. Ironically, while Snapchat publicly tried to distance itself from its association with sexting, in practice Snapchat provided a technology that makes many feel more comfortable having these sorts of sexual experiences on the internet, an experience that they indeed desire and enjoy. After all, there’s nothing like a sexy pic and some spicy dialogue to brighten your day at the office.

No one knows this better than sex workers, who have capitalized on this desire, selling subscriptions to premium Snapchat accounts where their fans and clients can receive a steady stream of personalized pictures, videos, and messages that they don’t necessarily want permanently archived.

There is such widespread public recognition of this use of Snapchat that, beginning on Thanksgiving, these premium Snapchat accounts became the target of a widespread online harassment campaign: the #ThotAudit (Thot being slang for whore: “That Ho Over There”). Knowing that many successful sex workers make good money on Snapchat, the campaign, fueled by internet dude-bros who are reported to be rape apologists, threatened to turn sex workers selling Snapchat subscriptions into the IRS.

Snapchat’s sex-negative rhetoric and policies enable this sort of harassment, by providing a reason for trolls to vindictively report and police the sexual activity of women. Perhaps instead of throwing sex workers under the bus in a flimsy attempt at respectability, it’s time for Snapchat to admit that they were built on sexting and the labor of sex workers, so they can be part of the solution to issues like #ThotAudit, instead of part of the problem.

Roux became particularly well known in sex work activism circles last year when they wrote an open letter to content subscription platform Patreon. Roux wrote the letter after Patreon announced its intent to change their Terms of Service, limiting the kind of content users could post.

Roux points out that this is a well-recognized pattern. They say, “Initially [platforms] are very friendly to adult content creators because it gets more traffic to their site and expands their user base. As they are less reliant on sex workers, they start censoring them and eventually just end up kicking them off entirely.”

Listen to Peepshow for more on the social impact of platform policies, as well as a glance into Roux’s other projects.