Why Port Authority wants to consolidate some bus stops 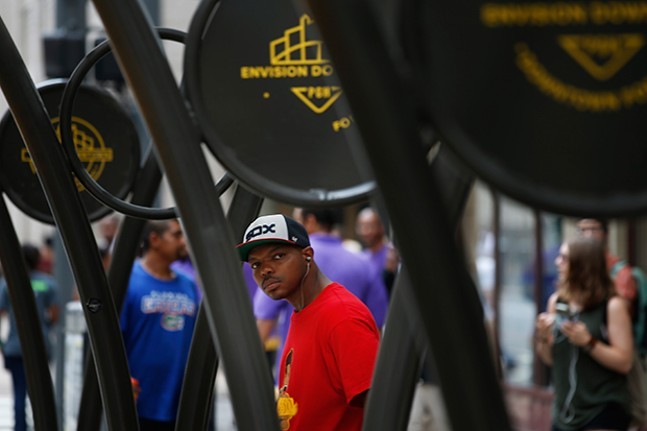 CP photo: Jared Wickerham
Bus stop in Downtown Pittsburgh
This week, Port Authority of Allegheny County announced a new effort to remove bus stops. At first, this might seem bad for bus riders, but in practice, this move should actually improve the riding experience for everyone who uses a bus.

Port Authority CEO Katherine Kelleman explained in a press release how removing bus stops that are too close together helps buses run quicker, which means they run more on time and are more efficiently spaced out.

"I came to Pittsburgh with a mission to improve our customers' experience, and a large part of that is to making sure our customers can reliably get where they want to go within a reasonable amount of time," said Kelleman in a press release. "When buses are late, our operators become stressed and our riders become frustrated or worse — late to wherever they're going."

Recently, Port Authority has been analyzing bus stops by route based on proximity to other stops, usage, and other factors. The authority has developed proposals to eliminate some stops along certain routes and took into account factors such as proximity to schools, places of worship, senior centers, healthcare facilities, community centers, libraries, other important buildings or key connection points.

Detailed maps of what stops are proposed to be eliminated can be viewed at the Port Authority website and public input is encouraged.

Kelleman told City Paper in July 2018 about her plans to consolidate bus stops as a way to increase route efficiency, and that these incremental changes make a big difference for rider enjoyment and experience.

“Small things that add up to a better agency,” said Kelleman in 2018.

Public-transit foundation TransitCenter says bus stop consolidation, which it calls bus stop balancing, is imperative to keeping buses moving quickly. Key stops like transfer points and stops used heavily by seniors will be kept, but those who can easily walk a bit more might have to.

When bus stops are too close together, it slows everyone down. Full Bus Stop Balancing video here https://t.co/afgD7b0PB6 pic.twitter.com/AwedGqyx2a


“People who can currently reach multiple stops won’t see any difference,” reads a post on TransitCenter’s website. “For riders at stops that have been moved, the maximum added walk time to a new stop should be 1/4 mile at a maximum – approximately five minutes. This (slightly) longer walk means a faster ride, which will enable people to spend more time doing the things they love.”

A 2016 study from the National Association of City Transportation Officials showed that bus consolidation efforts in Portland, Ore. “had no significant effects on passenger activity” and bus running times improved by nearly 6 percent.

According to the Port Authority, the next round of proposed bus stop consolidation will be identified in December.