While on its European tour, The Pittsburgh Symphony Orchestra brings Berlin to Heinz Hall with a live concert stream

“It will be as if you’re sitting in Berlin watching the Pittsburgh symphony.” 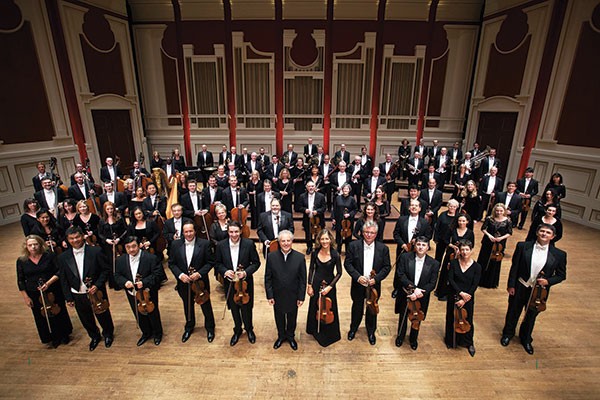 2 p.m. Sun., May 22. Heinz Hall, 600 Penn Ave., Free, reservations required. 412-392-4900 or pittsburgh
symphony.org/berlin.
Walk into Heinz Hall this Sunday and you’ll see a huge video screen over the stage in lieu of the musicians, dancers or comedians who usually perform there. Four-thousand-something miles away in Berlin, the musicians of the Pittsburgh Symphony Orchestra will be preparing for a night of Rachmaninoff, Beethoven and Tchaikovsky. At 2 p.m. EST, the PSO connects the two for its first live, public streaming of an overseas concert — available free to viewers at Heinz Hall or on pittsburghsymphony.com.

“[The Berlin Philharmonic has] an incredible technical set-up there which is equivalent to the Met broadcast from the Metropolitan Opera,” says Pittsburgh Symphony Orchestra President Melia Tourangeau. “So what we’re doing is basically taking advantage of that system and doing a live feed of the concert back to Heinz Hall in real time. It will be as if you’re sitting in Berlin watching the Pittsburgh Symphony.”

The simulcast is a product of good timing — 8 p.m. in Berlin lines up nicely with a matinee in Pittsburgh — and the robust digital infrastructure of the Berlin Philharmonic. Its Digital Concert Hall program, which provides live streams of performances across a number of online platforms, is a standout, even as digital streaming has become more common in classical music.

“At the beginning, HD streaming on the Internet was a tough challenge,” Tobias Möller, director of marketing and communications for Berlin Phil Media, wrote via email. “You need to invest continuously in all kinds of platforms because customers expect you to present your content on all media.”
Classical music is expensive to produce. The quality of the instruments, the number of performers, the reliance on good acoustics — it all adds up to a pricey ticket. While a live stream might not match the power of an in-the-room performance, it does allow the organization to reach a new audience and share its music beyond the confines of ticket price.

“We’re really one of the premiere ambassadors of the city and the region,” says PSO’s Tourangeau. “So the purpose of this broadcast back to Heinz Hall is to say, ‘Come and see what the world is actually seeing while we’re out and about.’”