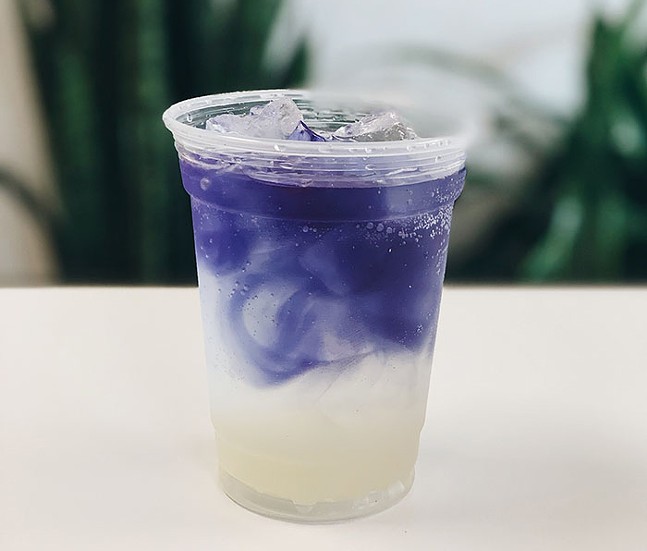 Photo: Pigeon Bagel
A blue sparkling lemonade flavor of Miguel's Magic Soda
Everyone has a different favorite part about warm weather. For some, it's soaking up the sun at the beach or on their roof; for others, it's getting to wear dresses and shorts. For me, there's nothing better on a hot, or even mildly warm day than drinking a cold, refreshing, fizzy beverage, one that is at once hydrating, delicious, and very bubbly.

Between the dozens of mediocre flavors of LaCroix, to the nonstop hard seltzer craze, fizzy drinks have been especially trendy lately. But don't settle for middling bubbly. Treat yourself to one of these delicious and unique fizzy beverages from around Pittsburgh.

Pigeon Bagels
5613 Hobart St., Squirrel Hill. pigeonpgh.com
The Squirrel Hill shop is (rightfully) best known for their bagels, but they also do other things well, like their pastries. In addition, Pigeon also has a rotating crop of unique, house-made drinks they call Miguel's Magic Sodas. The current flavor is ginger soda, but past flavors have included blood orange cream soda, sparkling blue lemonade, and sparkling spiced cider. Drinks are available in a cup or glass bottle.


Apteka 4606 Penn Ave., Bloomfield. aptekapgh.com Ever had the urge to drink a nice, cold, refreshing glass of bread? At Eastern European restaurant and wine shop Apteka in Bloomfield, you can do just that with a bottle of their homemade kwas chlebowy, a drink popular in Poland, Russia, and other Eastern European countries. The kwas is made from fermented sourdough dark rye bread. The restaurant describes the drink as similar to a stout beer or Belgian sour, but on the lighter side and nonalcoholic. It can be found in the nonalcoholic section of Apteka's "Wine Shop" section of their website. B52 Café 5202 Butler St., Lawrenceville. b52pgh.com Lawrenceville spot B52 Café is known for their vegan Middle Eastern food, from seitan shawarma to falafel wraps, but their menu also features a selection of sodas featuring a rotating selection of house-made syrups. The current lineup includes cinnamon rose, clove cardamom, and lavender. B52 also sells bottles of their house-made kombucha, with current flavors of ginger beet and pear cardamom. 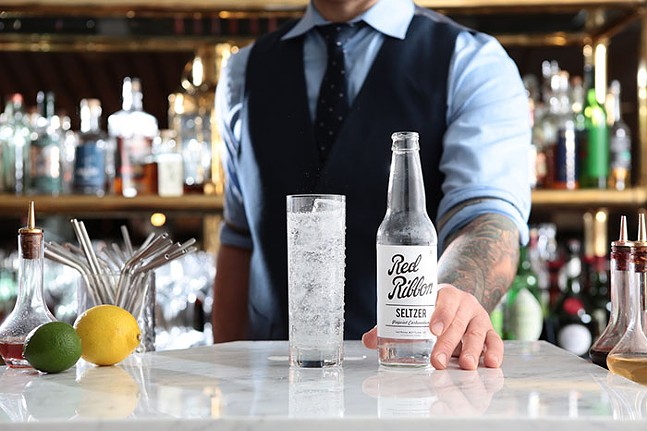 Photo: Courtesy of Red Ribbon Beverages
Red Ribbon Seltzer
Red Ribbon Beverages
natronabottling.com
It's lucky for local soda lovers that one of the best makers of seltzers and sodas in the country is based in the area. Natrona Bottling Company, the manufacturer of Red Ribbon Beverages, based out of Natrona Heights just up the Allegheny River, has been making soda since 1904. They know how to make a tasty beverage. Their plain seltzer is one of the best, especially if you love extra carbonation. Red Ribbon is made with "pinpoint carbonation," which uses dry ice to create natural carbonation, and makes the drinks stay fizzy for much longer than their peers. Flavors include cola, mint ginger ale, almond cream, birch beer, and ginger beer. Drinks can be ordered online or found at a variety of local restaurants and grocery stores like Giant Eagle.

Barmy Sodas
147 Julius St., Larimer. barmysoda.com
While they largely specialize in brewing beer, East End Brewing Company also has their own line of nonalcoholic sodas. Barmy Soda Company, made at East End, uses natural ingredients to create their spin on classic soda flavors like root beer, ginger ale, and lemon. They even make a salted caramel flavor to mimic butterbeer. The flavors are available in cans or as syrup to mix in with seltzer at home. They can be found at East End or around town at Café Phipps, Prohibition Pastries, and The Café Carnegie. 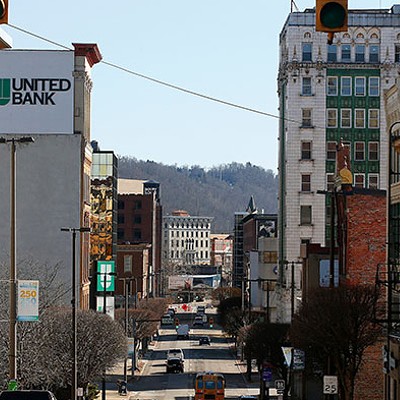 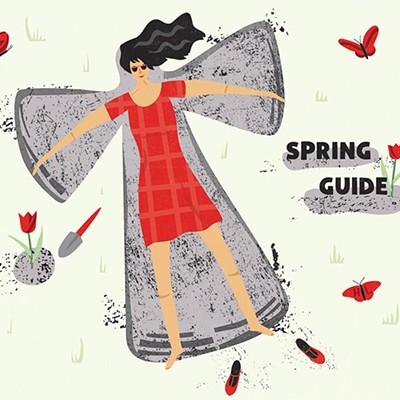