Where to find Mason Bates 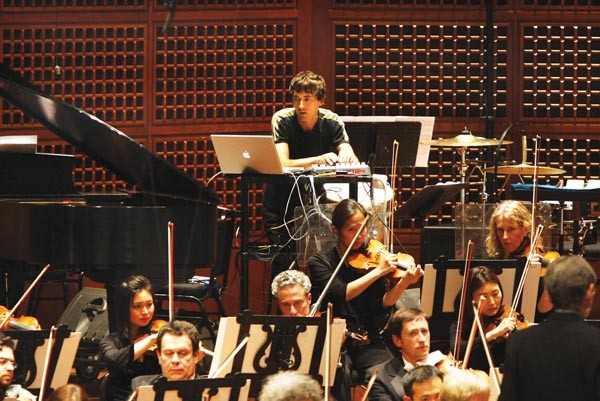 As Pittsburgh Symphony Orchestra's Composer of the Year, Mason Bates will have three of his compositions performed by PSO, in addition to one world premiere. There will also be two residency concerts and a special nightclub performance.

"Mothership" will be performed Fri., Nov. 30, at 8 p.m. and again Sun., Dec. 2, at 2:30 p.m. This composition was commissioned by and premiered with the YouTube Symphony at the Sydney Opera House.

"Violin Concerto" will be premiered with the PSO on Fri., Dec. 7, at 8 p.m., and will be performed again on Sun., Dec. 9, at 2:30 p.m. The piece was composed with the talents of violinist Anne Akiki Meyers in mind as the featured soloist.

"Mercury Soul" will be staged at Static Lounge in the Strip District on Fri., April 5. Members of the PSO will join Bates, who will be performing as DJ Masonic, as they work to turn the nightclub into a new site for the classical/electronic convergence.