“He saw the jersey. He pointed at it. He started jumping up and down on the couches and said, ‘Yo, that’s it, that’s it!’ 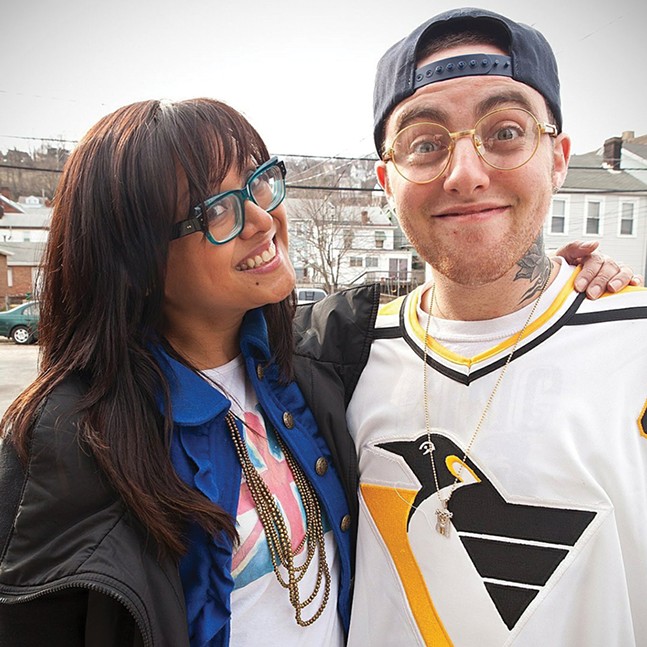 In March 2013, my photographer friend Heather Mull asked me to style a Pittsburgh rapper she was photographing for City Paper. The article was to be about him starting a record company. I wasn’t familiar with his music or how popular he already was, so I looked him up on YouTube. Then I quickly gathered a bunch of items for the shoot, including a Mario Lemieux Penguins jersey that had been a gift from a former boyfriend.

When I walked into the studio, this kid extended his hand and politely introduced himself as Malcolm. I started unpacking the items for different looks I would assemble. He saw the jersey. He pointed at it. He started jumping up and down on the couches and said, “Yo, that’s it, that’s it!” He pulled the jersey on over his shirt, and we started shooting. His demeanor turned increasingly serious as Heather began taking photos.

After the shoot, he offered me money; he wanted to keep the jersey. I respectfully declined. (I thought there was no way this kid had money to even spare — little did I know!) I had no use for the jersey and told him I would exchange it for a picture that I could post online of us together, him wearing the jersey. You can see in the picture how happy he was to make that trade.

I have been told he wore the jersey on stage at his Pittsburgh show later that night. Aside from my old boyfriend (sorry, Tim!), Malcom getting that Mario jersey and wearing it while performing as Mac Miller probably put a smile on everybody’s face.

This edited version of an original Facebook post was printed with the writer’s permission. Michelle Pacis is a local stylist.