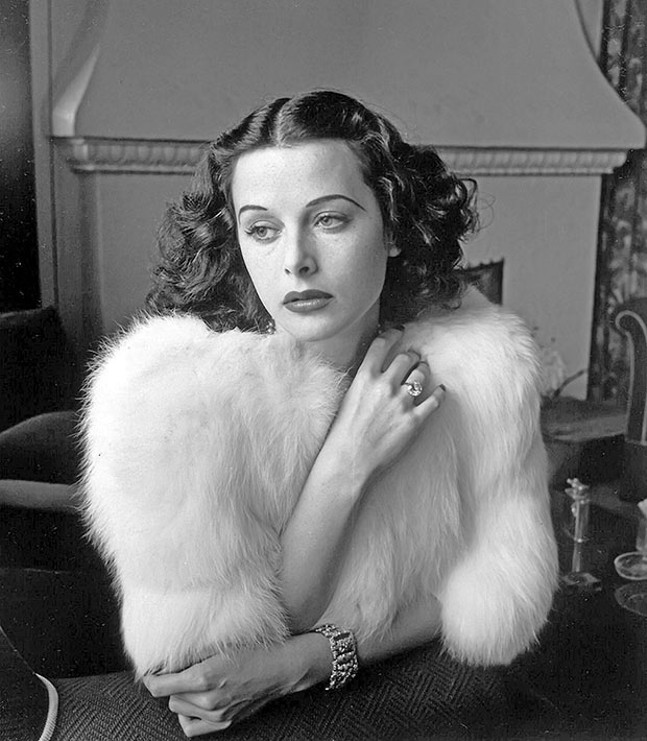 THE BROTHER FROM ANOTHER PLANET. John Sayles directs this 1984 film about a space alien (Joe Morton) who looks like a black man, and finds himself in Harlem and under pursuit from inter-planetary bounty-hunters. Screens as part of a week-long series of black action films. 2:15 p.m. Wed., April 4, and 7 p.m. Thu., April 5. Row House Cinema, Lawrenceville. www.rowhousecinema.com

THE HARDER THEY COME. In this 1972 Jamaican film from Perry Henzell, a singer from the country (Jimmy Cliff) tries his luck in the big city, but only rounds into trouble. The cult-classic film and its popular soundtrack helped introduce the world to reggae music. Screens as part of a week-long series of black action films. In Jamaican patois, with subtitles. 4:45 p.m. Wed., April 4; and 9:15 p.m. Thu., April 5. Row House Cinema, Lawrenceville. www.rowhousecinema.com

MUSTANG. After school, five teenage sisters innocently goof around with some boys at the beach. But in their small, conservative Turkish village, this transgression earns them a staggering punishment: Their guardians — an uncle and a grandmother — lock them up in the house. For good — or at least until their arranged marriages “free” them.

This 2015 coming-of-age film is the first feature from actress-turned-director Deniz Gamze Ergüven. It’s a contemporary and feminist adaptation of the classic fairy tale in which a young princess is imprisoned in a high castle, and its sunny moodiness also recalls the similarly themed work The Virgin Suicides. It’s a pointed critique of a patriarchal culture that denies these young women agency, replete with “traditional” restrictions like wearing dowdy clothing and indignities such as virginity tests.

It sounds like depressing subject matter, but the film, in spite of its serious themes, is surprisingly light and even joyful. The sisters are high-spirited and unbroken (like the titular wild horse). They often act as a group, and Ergüven films them in scenes of easy intimacy underscoring both their closeness and their shared ordeal. The film stumbles a bit in the final reel, where plot devices trump the looser narrative vibe. Your head may squawk a bit, but your heart will root for these free-spirited girls. In Turkish, with subtitles. 6 and 8 p.m. nightly, Wed., April 4, and Thu., April 5. Regent Square. www.cinema.pfpca.org

BOMBSHELL: THE HEDY LAMARR STORY. The Viennese actress was known for her stunning good looks and her sultry roles in Hollywood film like Algiers and White Cargo. But until recently, the world never knew that Lamarr was also an inveterate inventor, with a keen scientific mind. Determined to help the U.S. during World War II, she helped invent a radio communication technique known as “frequency hopping.” Don’t yawn: Your smartphone uses it today. Alexandra Dean’s documentary will fill you in on Lamarr’s remarkable, if troubled, life. Screens as part of Carnegie Mellon International Film Festival: Faces of (In)Equality. 7 p.m. Fri., April 6. McConomy Auditorium, CMU campus, Oakland. $10 ($5 students/seniors). www.cmu.edu/faces

CASABLANCA. In this 1942 classic directed by Michael Curtiz, an American guy has a café in Casablanca, Rick’s, where everybody goes. By rights this film should have been a disaster: It all takes place in one room; the love story is hokey, based on ridiculous coincidence and interrupted by complicated war details, cheesy patriotism and one-liners; and there are dozens of bit players plus Humphrey Bogart — this tough guy as a romantic lead nursing a busted heart?! Yet, it’s as close to perfect as a Hollywood film ever was. Not a line of dialogue wasted. Shot in luminous black-and-white, each tiny detail of this precisely crafted, ensemble-acted studio film is a joy to behold. 10 a.m. Sun., April 8. Hollywood Theater, Dormont. www.hollywoodtheaterpgh.org

PATHER PANCHALI. Satyajit Ray’s 1955 debut film introduced the world to the Indian filmmaker and his poetic neo-realist style. In this film — the first of what would become known as The Apu Trilogy — he depicts the life of a poor rural family, just as the country begins to move into modernity. Of particular interest is the young boy, Apu, and the women who raise him. The film will be introduced by Kuhu Tanvir, a Ph.D. student in film studies at the University of Pittsburgh. In Bengali, with subtitles. 6 p.m. Sun., April 8 (also, 6 p.m. April 15, 22 and 29). Regent Square. www.cinema.pfpca.org

A RAISIN IN THE SUN. Daniel Petrie directs this 1961 adaptation of Lorraine Hansberry’s play about a struggling working-class African-American family hoping to move to a better neighborhood. The film, which still packs a punch, stars Sidney Poitier and Ruby Dee. It takes its title from a Langston Hughes poem: “What happens to a dream deferred? Does it dry up like a raisin in the sun?” 7:30 p.m. Tue., April 10, and 11 a.m. Wed., April 11. Tull Family Theater, 418 Walnut St., Sewickley. www.thetullfamilytheater.org

Satan Is Real at Film Kitchen

FILM KITCHEN. This installment of the monthly short film and video program features the work of three artists. While their styles and aesthetics are different, the filmmakers share an affinity for balancing music or sound with abstract filming techniques. From Christopher Smalley and Bill Wehmann comes “Satan Is Real”, and 18-minute awkward comedy/horror tale loosely based on the Faust tale of making bargains with the devil. David Bernabo will show six short films, including five music videos which incorporate techniques such as stop-motion animation and montage editing. Additionally, Bernabo will premiere a new abstract cooking show short, “Cooking with Johanna Lasner.” And tENTATIVELY a cONVENIENCE will screen four shorts, including the 13-minute “Music Boxing.” 7 p.m. (reception and food); 8 p.m. (screening), Tue., April 10. Melwood Screening Room, 477 Melwood Ave., Oakland. www.filmmakers.pfpca.org. $5 (includes pizza, popcorn and drinks)

Glabicki, a Pittsburgh-based animator, is known for his complex layerings of imagery and sound, combining abstract and figurative form. He also worked briefly in the commercial sector, and created animated work on an Amiga computer. Note: Viewers are cautioned that some works contain psychedelic imagery and stroboscopic flicker effects. The screening will be followed by a discussion between Bill Judson, former curator of the Carnegie Museum of Art Film and Video Department and Glabicki, and moderated by Ogrodnik, a Ph.D. candidate in film studies at University of Pittsburgh. 6:30 p.m. Wed., April 11. Melwood Screening Room, 477 Melwood Ave., Oakland. Free. www.filmmakers.pfpca.org.

BLOOD ON THE MOUNTAIN. Mari-Lynn C. Evans and Jordan Freeman’s 2016 documentary examines the social, economic and environmental impact of extractive mining industries in West Virginia. The film will be followed by a discussion led by Shaun Slifer, curator/exhibition designer of the West Virginia Mine Wars Museum, and Lou Martin, Chatham history professor and Mine Wars Museum board member. The screening is presented by the Battle of Homestead Foundation. 7 p.m. Thu., April 12. Pump House, 880 East Waterfront Drive, Munhall. Free. www.battleofhomestead.org

The Harder They Come at the Regent Square