What was it about Mac Miller that connected with Pittsburghers?

“He had vision for creating a better environment around him, not just in Pittsburgh, but in the world.”

The pride Pittsburghers have for their city is undeniable. Whether it’s refusing to buy any brand of ketchup other than Heinz or wearing black and gold no matter the occasion, Pittsburghers are passionately parochial.

The late Mac Miller was no different. His music showed so much love for Pittsburgh that the city became part of his identity as an artist.

“He was a Pittsburgh icon and always loved to support his city,” says Kyrstan Richardson, a Pittsburgh native who attended the vigil. “[That’s] what made him so great, he never forgot where he came from.”

A handful of artists and musicians from Pittsburgh have made it big. Few, if any, publicly identified with the city as Miller did. In fact, he was a rare global superstar to consistently call back (and come back) to his hometown. With Miller, fans everywhere instantly connected him to Pittsburgh. Some of Miller's lyrics made subtle references to Pittsburgh, and some were more outright, but his hometown consistently loomed large in his music.

“His humility and passion are a direct reflection of growing up in a place like Pittsburgh,” local musician Hannah Jenkins says. “That’s why this loss hits a lot of people really hard, because he reminded us of home.”

For those in their 20s, Miller’s music is sentimental. “It’s not often that you see a young kid really make something of himself in the music industry on a worldwide scale,” says Jenkins. It’s even less often that a young musician comes up the same town and talks about similar experiences.

“I grew up listening to his music, and I have so many memories of being in high school driving around listening to Blue Slide Park. My friends and I used to drive around Squirrel Hill just blasting his music and feeling so free. That’s what his music did for a lot of people — kind of gave you a freeing and nostalgic feeling.”

Michael Tuite, who attended the vigil on September 11, feels like he “grew up with” Miller, even though they attended different high schools. Miller’s sound and ideas “changed on the same path as my own,” Tuite says.

“I was in high school when his first album came out, and he basically rapped about having a great life, optimistic about the future,” Tuite says. “Over the next few years, his music got more introspective, he developed a ‘weird’ sound, and his lyrics grew more philosophical as he questioned the nature of reality and tried to figure out his own place in the world. That's something that really resonated with me and something that most young people can relate to.”

Even in and around Pittsburgh, Miller resonated for reasons beyond working the city into his lyrics. There existed in his music an honesty not often heard from mainstream artists. He creatively articulated things in a relatable way that others are unable to express.

“I’ve battled with depression and anxiety my whole life, and I’ve loved poetry. Mac Miller was able to see the poetic side of things and put words to how I was feeling.” says Anna Reynolds. At the vigil, she helped with a petition to rename Blue Slide Park after Miller. “He spoke about darkness and depression in a way that made it palpable, the way no other artists did.”

Brandon McCaslin credits Miller for the creation of Nightfall Records, of which McCaslin is chief executive officer. After a couple of dinners at Six Penn Kitchen, Miller offered McCaslin guidance and support for the project.

“His passing was absolutely devastating, and we wanted to offer the world a coalesced place to honor him as an icon,” says McCaslin, who organized the vigil held at Blue Slide Park. “[Miller] had such an impact on Pittsburgh, and really everybody in his life, because of his demeanor and presence.

“Malcolm” — Miller’s real name was Malcom James McCormick — “was the most genuine, happy, carefree person I've ever met in my entire life. He had vision for creating a better environment around him, not just in Pittsburgh, but in the world. He has helped to pave the way for Pittsburgh’s music industry, and now I believe that he will be a beacon of light in the topic of mental health and addiction.”

Miller used his experiences as inspiration to create art that transcended his music and affected the lives of Pittsburghers on a personal level. While each person’s connection was different and unique, Miller also made an impact on Pittsburgh as a whole. At the vigil, it was clear Miller would continue to leave a mark in death.

At the vigil, his grandmother found it “astonishing that there are that many people … that my grandson was able to touch so many lives.” But it wasn’t astonishing, Pittsburghers are a people who love hard.

And there's clearly a love between the late Mac Miller, his hometown, and its people. It remains, as his grandmother said, “overwhelming.” 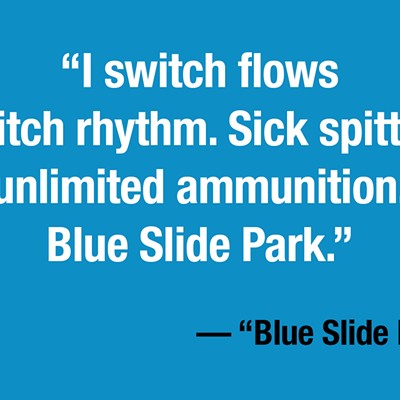 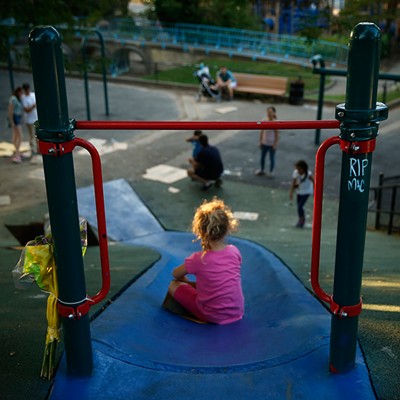 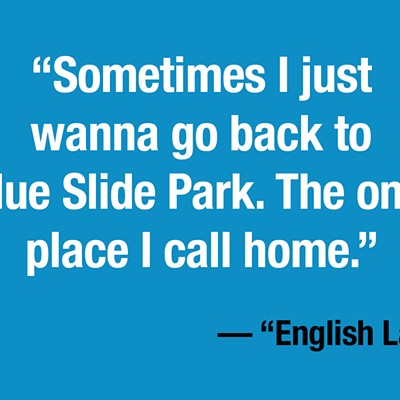 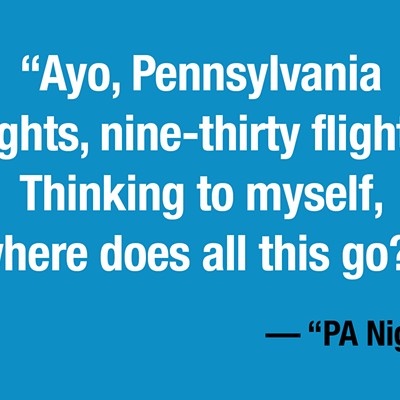