What triggers a foot fetish?

I get a lot of calls from men interested in foot worship. 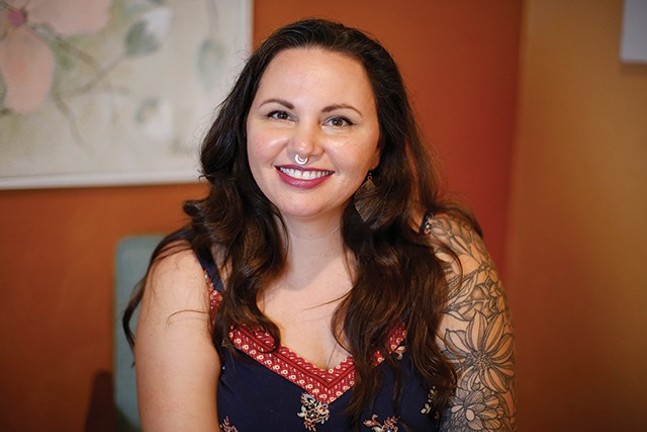 From what I have seen online, I have the sense that foot fetishism, including smelling feet and tickling, is quite common in men. Is it? Is it more common in men than in women? What triggers these desires in a man?

While I do not have any stats about what percentage of men have foot fetishes, I can say that in my experience in the sex industry, in both clip production and in phone sex, it is quite common. My foot fetish videos tend to outsell my less fetish-y content, and I get a lot of calls from men interested in foot worship.

As someone who is infinitely curious about what turns people on, I asked all of my foot fetish clients what it is about feet, in particular, that does it for them. While folks express their desires differently, most of them said very similar things. My thoughts on this reflect their answers and are by no means definitive of all foot fetishists.

Most of my clients said that their foot fetishes are very intimately connected to their desire to surrender to a female domme. Some are more specific, saying that the feet are the lowest part of the body and that getting below the feet to worship them is a sign of utter submission. This seems to square with foot fetish porn that is often shot at an up angle, making the POV lower than the feet. It doesn’t seem to be a coincidence that many dommes also shoot their pictures and clips at that angle, towering over the viewer, while cam girls and conventional performers tend to look directly at the camera or shoot at a down angle (which is more flattering, but also less imposing).

Often, this desire to be dominated is coupled with a desire to be humiliated, which is present in foot fetishism as well (though there are also folks who prefer more sensual foot play). I have had clients who were interested in hearing me talk about how dirty my feet were, and in one case, how dusty. Smelling dirty feet and/or licking them clean can be a sign of submission. I had one client who used to lick the bottom of his wife’s shoes when she was out of town, and then recounts to me how humiliated he felt by the act.

This does seem to be more prevalent in men, and this makes a lot of sense to me in light of the above characterization. Kinks are often more powerful for people if they are in direct opposition to their general experience of the world. Something is only taboo when it isn’t what you are supposed to want. And in a world where men still are in positions of power, where they control most of the wealth, female domination becomes fetishized. Indeed, most of my clients who are interested in domination, be it via foot fetishism or other forms, are wealthy, high powered men. As long as we live in a patriarchy, I believe that this form of foot fetishism will always be more common in men.

She talks to a Kink.com performer about her experiences being waterboarded for a scene and also to the CEO of Kink.com about the precautions they take in order to keep the performers safe. In the article, she also discusses the legal issues that come with this sort of edge play.

In the podcast, we talk to Dickson about her personal reflections after interviewing folks who have participated in consensual waterboarding. Most notably, we talk about how important context is for understanding particular actions: the exact same scene can be torture or it can be supremely arousing, depending on the conditions under which it is enacted and the relationship between those involved.