What is the correct way to protest? 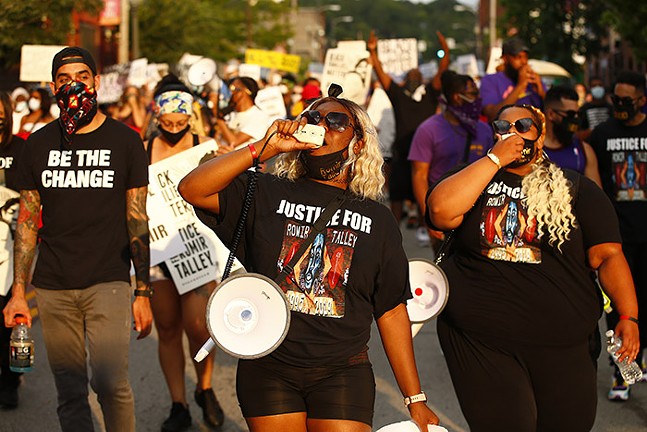 As you wait for the police to arrive to arrest you. Yes, you. Because it was you who have broken the law because your well-dressed, well-behaved Black self was not supposed to sit at the lunch counter stool. And yes, those white men who abused you were wrong, but you were uppity and out of place, much worse. Maybe you will learn your lesson and protest the right way.

You have just won medals in the 1968 Mexico City Olympics, something you have dedicated your entire young life to. You are happy, joyful, proud of yourself, teammates and yes, your country. But you cannot help but think of all of your Black brothers and sisters living in Jim Crow America who are not free. How to acknowledge your win and your shared struggle for Black liberation and freedom, when you have the largest audience, the largest number of people in the world looking at you?

With only one pair of gloves, a fellow medal winner, a white man from Australia, suggests you just share the pair. Your raised fists in black leather, a symbol of Black power, love, and freedom is called “Angrier, nastier, uglier” by Time magazine. You and family receive death threats. Your sports career is, by some, hampered; by others, destroyed. In 2019, you — Tommie Smith and John Carlos, the same people an organization once expelled — are now inducted into the U.S. Olympics Hall of Fame.

One of the last remaining urban forests of Nairobi is set to be demolished. Well before the United Nations sustainable development goals, renewable energy projects in the Rift Valley and the first future denim jeans organic cotton seeds are planted in Kenya, Wangari Maathai, University of Pittsburgh alumni, has started the Green Belt Movement, a movement led by women of Kenya to help maintain the environmental sociocultural heritage of one of the most visited countries in all Africa.

For your efforts, you are arrested repeatedly, imprisoned. In 1992, Maathai joins a hunger strike and demonstration of elderly women protesting for the release of political prisoner children. On March 3, 1992, the police attacked, throwing tear gas and beating the women with batons. As a way to “protect” yourself from this brutality, you remove your tops, baring your breasts. Tradition states that if a mother or elder woman strips in anger, it is a curse. The police run away. In 2002, you are elected to Kenyan parliament and in 2004, you are awarded the Nobel Peace Prize.

Pittsburgh 2020, this is a city that continually ranks as one of the worst places to be a Black person, in a country that is, in the words of Damon Young, “a sundown town.” Referencing the de facto practice, stares at Carson Street, of some towns in the past or present, where Black people had to literally leave before the sun went down or face the consequences of white supremacist patriarchal violence.

Pittsburgh 2020, where we still live in the aftermath of the murder of Antwon Rose II and Mayor Bill Peduto’s initial “East Pittsburgh is not Pittsburgh” response rather than compassion for the death of a child in our region. Where, as I type this, Dannielle Brown is STILL ON HER HUNGER STRIKE just to get some basic answers from a university who is more worried about moving their students into the dorms during a pandemic than a starving Black woman in their house.

Pittsburgh 2020, a city whose police union endorsed the current occupant of the White House for president in 2016. A police whose very existence is being protested by the people they corral and lie to and abuse and intimidate and most definitely do not serve or protect because they never were built to support and protect all of us. We know this and more and more you know this, and that is making them very angry and angrier.

So how do you “protest properly” to a man, a force, a system you want removed?