"If you lose CNN, you go to another news stream. If you lose this, there's no way to replace it." 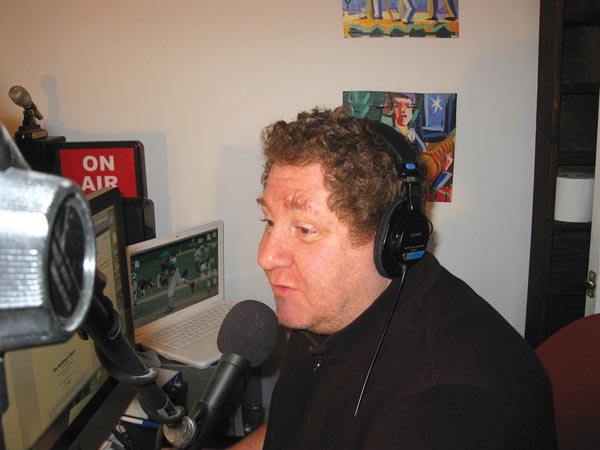 Photo courtesy of Jessie Allen
On the mic: Doug Schulkind

Give the Drummer Some

For a time on Oct. 30, the program that fans of New Jersey's WFMU-FM heard was not broadcast from the station's then-powerless studios A, B or C in Jersey City — all afflicted by Hurricane Sandy. Instead, it came from what DJ Doug Schulkind affectionately refers to as "Studio P": his home in Squirrel Hill.

Schulkind, formerly of Brooklyn, had hosted his show, Give the Drummer Some, on the well-loved, independent free-form radio station for 23 years before his wife was offered a job at Pitt in 2010. Because of the potential technical difficulties of remotely broadcasting a three-hour radio show, Schulkind gave up his place on the main station, and started his own web stream, hosted by WFMU.org.

Now, he hosts two installments of Give the Drummer Some each week, and the stream — Give the Drummer Radio — currently features seven other programs, as well as Schulkind-curated music any time of the day. "I lost my show and gained a radio station," he says. "It's WFMU through the prism of my particularities and preferences." His show description — with such (presumably) non-existent genres as Micronesian doo-wop, Appalachian mambo and Turkish mariachi — is both a nod to the diversity of his playlists and a light dig at fastidious music categorization. Like any good WFMU show, you're likely to discover something new and mind-expanding every time you tune in.

When the hurricane left WFMU's main studio inoperable (the damages ultimately reached about a quarter of a million dollars), the station's server, which was kept in another location, was undamaged. "Normally, I send the audio from my home studio out to the computer at WFMU that runs my stream," Schulkind explains. "I changed the settings on my outgoing audio to point to WFMU's regular broadcast server instead." For six hours, his alternate WFMU was the only WFMU. And at that point, just having something playing under the WFMU banner was momentous for the station's devotees. "If you lose CNN, you go to another news stream," Schulkind says. "If you lose this, there's no way to replace it." And, he adds, "We're all madly in love with it, and we wouldn't want it to suffer."