“We also become a space where we can be political but not partisan, and I hope bring together different ideas and perspectives.”

Photo: Wikimedia
In the wake of the Tree of Life shooting, many Pittsburghers have been finding solace in the pensive environment of museums. On November 3, the Westmoreland Museum of American Art in Greensburg eliminated its suggested donations-based admissions fee to make the museum free for everyone.

It was after seeing the community come together in the wake of the shootings that Anne Kraybill, director and CEO of the museum, felt a need to make the museum more accessible to those who want or need it.

“[We decided] that we would just go ahead and eliminate the suggested donation quickly rather than thinking through a whole marketing strategy and business model,” says Kraybill. “It really did come down to more of an ideological decision rather than one that was based on market surveys and income strategies.”

Kraybill notes that the museum will have to find ways to make up for the revenue loss, but hopes sustaining members and other support will be enough to cover.

The Westmoreland Museum’s decision comes after several museums made their space free in the week following the Tree of Life shooting. There wasn’t a united effort between museums to offer this to the public, but it’s a common response in the wake of mass tragedies. Museums provide both comfort and perspective.

“Artists grapple with some of the most difficult issues facing humanity, or they wanna create beautiful things and bring joy,” says Kraybill. “We also become a space where we can be political but not partisan, and I hope bring together different ideas and perspectives.”

Gab, social media site that helped radicalize Tree of Life shooter, is on its last legs, according to AG 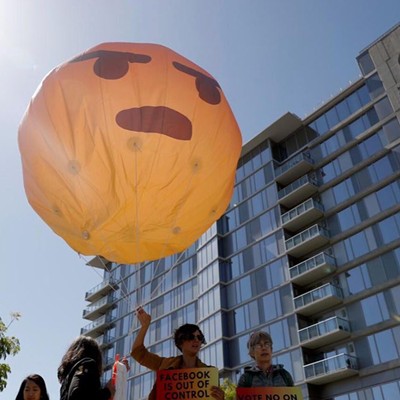