Screenshot from video
Actor portraying an active shooter wearing a keffiyeh
Over the last several decades, terrorists have carried out several mass killings in America and across the globe. Some were tied to extremist ideologies like radical Islamic revivalism, white supremacy, and the alt-right. Some were carried out by killers without a clear ideology. But Wasi Mohamad of the Pittsburgh Islamic Center says he can’t recall any terrorist ever wearing traditional Middle Eastern clothing when carrying out the attacks.

And that is what is making him upset about an active-shooter video created by Westmoreland County’s Penn-Trafford School District that has been circulating on social media.

In January, an active-shooter drill was held at Penn-Trafford High School that was put on by Penn Township Police. In it, the person portraying the active shooter is wearing a keffiyeh, a traditional Middle Eastern headdress for men that also has ties to Islam, among two other costumes. The actor portraying the active shooter, in addition to the keffiyeh, was also wearing a green face mask and a blonde curly wig.

In another drill, the actor entered the cafeteria and “shot” another victim, but this time he was just wearing a vest, a red wig, and goggles. He also wore a costume that included a face mask, a black wig, and what appears to be a large grey beard.

Screenshot from penntrafford.org
But Mohamed questions why a keffiyeh was part of the costume at all. He called the use “unacceptable” and tone-deaf considering the terrorist violence that has recently occurred against Muslims, citing a Connecticut Mosque that was burned down this week during Ramadan.

“These events keep reinforcing these stereotypes,” says Mohamed of the active shooter training video. “I don’t think I have ever seen a mass shooter wearing a keffiyeh. It is clearly stoking fear.”

The local consultant group Command Excellence worked with Penn Township Police to create the active shooter drill. John Sakoian, who runs Command Excellence, told TribLive he didn’t approve of that costume, and it was accidental that it was used in the video.

“That individual was to go role play in a different scenario that we never ran, and he prematurely got into costume that was not approved and got inadvertently swept up in the first scenario,” Sakoian said, adding that the man was in a staging area waiting for the next part of the training exercise to start.

“But myself and Dr. [Matthew] Harris never approved that, and it was totally accidental that this thing happened.”

Penn-Trafford School District released a statement that read in part: "The drill’s purpose was to practice the District’s emergency response procedures and to build confidence in the staff members’ awareness of how to respond to an emergency. ... The active shooter drill conducted at PT did not intend to represent any particular culture or religion as the shooters. Screen captures of the video shared on social media fail to show the full costume worn by the volunteer."

Penn Township Police chief John Otto says the screenshots of the video that have been shared on social media are taken out of context.

“I’m at a loss and somewhat disappointed that folks would take a training situation where our intents were real and honest and twist them into a situation that maybe they’re looking for,” said Otto to TribLive. “But other than that, I’m not going to spend a whole lot of time on it.”

Penn-Trafford district superintendent Matthew Harris refused to give TribLive permission to post the whole video. The full video was shared on Twitter yesterday. A former Penn-Trafford student who asked to remain anonymous for fear of online harassment told City Paper that he had a conversation with Penn-Trafford administrators recently.


An update to this: PTHS has released a statement with no apology that says the intention was not to portray anyone from a specific culture. honestly, still not a good look.https://t.co/KrD99YPEdU https://t.co/tIW01JouyI

Mohamed is also skeptical of the claim that the use of a keffiyeh as a costume was accidental and believes it was another attempt to stereotype Muslims as terrorists.

“[A keffiyeh] doesn’t relate to any active-shooter community, it relates to the Muslim community,” says Mohamed.

Commands Excellence’s website shares a video advertising its services. It was published in January 2017, and it highlights four terrorist events. All four of them had ties to extreme Islamic beliefs or were claimed by extreme Islamic groups like ISIS: the Boston Bombers, the Orlando mass shooting, the Paris terrorists attack, and the Brussels bombing.

Screenshot from commandexcellence.com
All four terrorism examples used in Command Excellence's promotional video were linked to extreme Islamic groups
No other terrorist examples were used, including ones carried out on U.S. soil before 2017, such as the Sandy Hook shooting, the Charleston Church shooting, or the Aurora, Colo. movie theater shooting, which were all carried out by white men.

The Command Excellence website also has a photo of the 9/11 Memorial in New York City. Al-Qaeda claimed responsibility for that terrorist attack, but it’s questionable how a terrorist response consultant firm could prepare anyone to respond to that kind of attack. 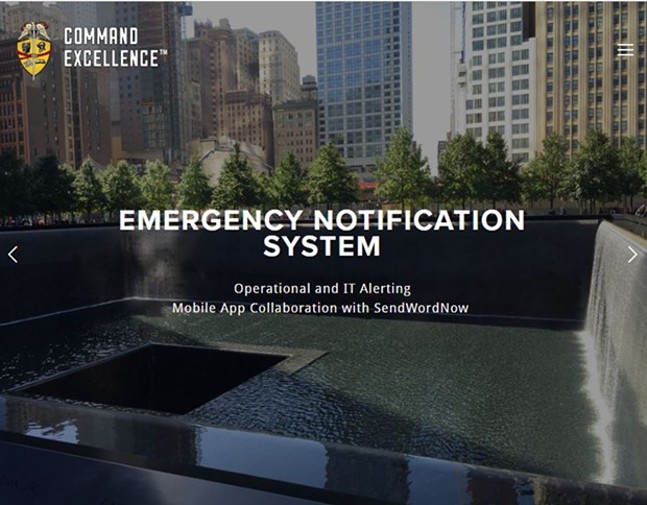 Screenshot from commandexcellence.com
Screenshot of Command Excellence website of a photo of the 9/11 Memorial in New York City
Mohamed says allowing this drill and video to be seen by school students only perpetuates incorrect stereotypes that Muslims are disproportionately linked to terrorist attacks. A 2017 analysis of the Global Terrorism Database by researchers at the University of Maryland shows a sharp increase in right-wing terrorism since 2000. Also, according to the Anti-Defamation League, from 2009-2019 right-wing extremists accounted for 73 percent of terrorist killings, compared with 23 percent for Islamists and 3 percent for left-wing extremists. In fact, as Pacific Standard points out, most of the world’s victims of terrorist killings are Muslim.

“This is something in a school, we are conditioning children to have these negative views against Muslims,” says Mohamed of the Penn-Trafford video. “It drives a rhetoric. We are already seeing the media is mentioning Muslims in a negative light, now we have to see it is a school-shooting training video. People think it is normal, but it is consistently a problem.”