Western Pa. Press Club prepares to give honorary award to KDKA Radio amid yet another Wendy Bell controversy 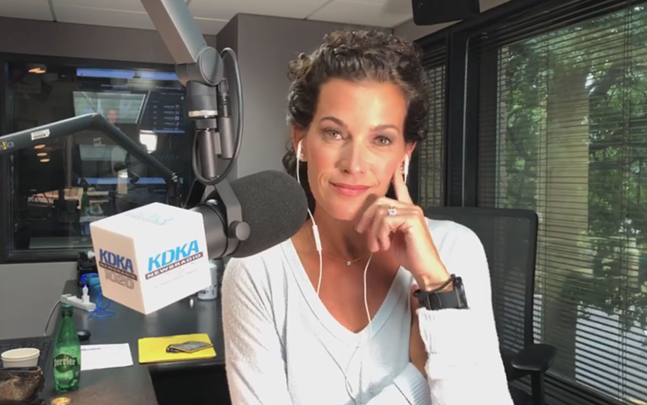 Screenshot of Wendy Bell's show
KDKA Radio has a long and storied history in the 100 years since it was founded in 1920, which will be honored Thu., Sept. 3 at the Press Club of Western Pennsylvania's annual Golden Quill Awards. KDKA Radio will receive a Service to Journalism award for its contributions to the profession.

But the radio station is also under fire this week, as once again Wendy Bell, one of its most public-facing radio hosts, has made comments enraging many Pittsburghers.

Bell is no stranger to controversy, as she has repeatedly come under fire for comments made during her KDKA Radio show. But this week, the clip of her suggesting that park rangers shoot people protesting monuments went viral, and many Pittsburghers on social media criticized Bell. The opposition against her was so strong that KDKA-TV, which is not affiliated with the radio station, issued a statement reminding people that Bell doesn't work for the station, as many people were complaining about her to KDKA-TV. (KDKA Radio is owned by Entercom, while KDKA-TV owned by VIacomCBS.)

Press Club president Helen Fallon says that members nominated people or organizations for the Service to Journalism award in April, after all other nominees had been submitted in March. She notes that the award is giving to an organization for their work over a "historical period" and that it's not an individual award. The Newspaper Guild of Pittsburgh is also receiving a Service to Journalism award this year for their "advocacy for journalists at the Pittsburgh Post-Gazette."

"As KDKA-AM celebrates its 100th anniversary, we are recognizing the station for its long pioneering history as the first commercial broadcast station in the United States," said Fallon in a statement. "The format has changed many times over the station’s history."


When you find out the award you've been nominated for will also be celebrating an organization that gives oxygen to hate... @PghPressClub @KDKARadio https://t.co/WXL0PFXUWU

An excerpted video of Bell's monologue was shared on Aug. 31 by Twitter user @Loco412Coco, and it has since been shared over 52,000 times. (Bell's original video on Facebook has over 156,000 views.)

Pittsburgh-based journalist Jason Bittel is nominated for a Golden Quill award and called out the press club and KDKA Radio on Twitter, saying the distinction is "celebrating an organization that gives oxygen to hate."

Bell did not directly address the backlash she was receiving or the cause for it on her Sept. 2 show, but she did thank her viewers and listeners for their support.

"I have been in the media in some semblance for 25 years. Now I will tell each that I never before, ever before, felt the level of love and consideration and support as I feel right now and have felt for the last 48 hours," said Bell on her show. "When people disagree with your viewpoint in this country, particularly on the left, there is a mobilization that happens, and the effort is to take you down at any cost."

There is currently a change.org petition circulating to remove Bell from the radio that has gathered around 1,600 signatures.