Weird Pittsburgh: Go fine yourself, Thou shalt not wrestle a girl and the Ballad of Crusty Owens | News | Pittsburgh | Pittsburgh City Paper

Weird Pittsburgh: Go fine yourself, Thou shalt not wrestle a girl and the Ballad of Crusty Owens 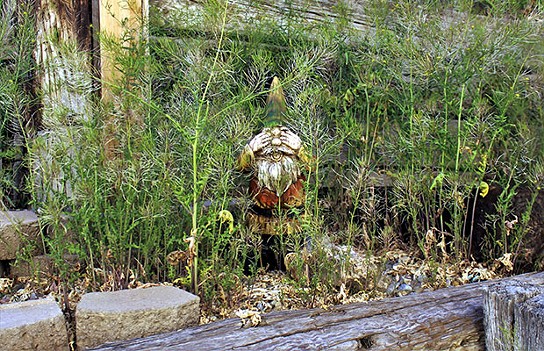 Some dilapidated houses in Pittsburgh are quietly owned by the city, acquired through the seizure of properties for delinquent taxes. Their maintenance is outsourced to private contractors, but residents of more downtrodden neighborhoods have complained that the empty buildings just decay into eyesores. The problem has gotten so bad that agents for the Department of Permits, Licenses and Inspections recently cited eight properties owned by the city by accident, mistaking them for any other blights — meaning the city essentially fined itself as a deadbeat property owner. Inspectors are not supposed to cite government-owned buildings, Department Director Maura Kennedy explained to TribLive.com, “because it would be counterproductive,” so the department asked to withdraw the citations. District Judge Richard King did not allow them to take back three citations, arguing “what’s good for the goose is good for the gander.” The three properties, all in Allentown, were cited for weeds, garbage, fallen siding, a deteriorating porch and steps, and the presence of an abandoned car, among other alleged code violations. Judge King said the city “should get no better treatment and no worse treatment.”

Bishop McCort Catholic High School in Johnstown has an intense sports rivalry with Westmont Hilltop High School, a nearby public school. Bishop McCort students recently formed a wrestling team, the Crimson Crushers. They were scheduled to compete against the Hilltoppers of Westmont Hilltop. However, the Tribune-Democrat newspaper reported that Westmont Hilltop wrestling coach Matt Beaujon was considering exploiting a rule to force Bishop McCort to forfeit: In 2014, Pennsylvania’s Roman Catholic bishops decreed that “under no circumstances” should a male wrestler from a Catholic school tangle with a female opponent. The Hilltoppers have 12 girls on their co-ed squad. If Beaujon sent a female wrestler to compete, the all-male Crimson Crushers would have to forfeit. Bishop McCort coach Shad Benton admitted as much to the Tribune-Democrat. “I think the three key words that I read are ‘under no circumstances,’” Benton said. Perhaps the Almighty intervened on behalf of the Catholic school: Before the Hilltoppers could pull the gender trick, the match was canceled due to inclement weather. It has not been rescheduled.

This column has previously noted the antics of Lawrence “Crusty” Owens, an ex-con who interrupted an otherwise mundane council meeting in Farrell, Mercer County, to threaten to “beat senseless” a building inspector for issuing him citations. Recently, Owens, 51, came in sweatpants to read an “indictment” of the mayor and several council members, accusing them of theft and conspiracy. As he started reading aloud, a frustrated Mayor Ollie McKeithan ordered police to remove Owens, who mocked McKeithan by shouting, “Massa, massa, please!” The meeting erupted into commotion as citizens and council members debated McKeithan’s ouster of Owens during a time meant for public comments. The lack of civility apparently caught on, as Councilor Kimberly Doss “shout[ed] personal insults at McKeithan for about 15 minutes,” according to The Herald of Sharon.

Johnstown police hunted down Richard Miller in July, after a woman stabbed by a new acquaintance said that name belonged to her attacker. Officers allegedly approached Miller on his mother’s porch, with guns drawn, ordered him to the ground and handcuffed him in front of his horrified family. Reportedly, they later interrogated him and held him for seven hours — at which point they realized they had arrested the wrong Richard Miller. According to Miller’s newly filed civil-rights lawsuit, police did a records search for that name and tracked down the nearest Richard Miller, with no consideration for how common the name is. The Tribune-Democrat reports that another Richard Miller was arrested for the assault three days later and convicted in December.

A Dauphin County man apparently gave his wife the old coldcocked-in-an-alley excuse after he spent a night with another woman. PennLive.com reports that Erik Shepler allegedly told Steelton police that a mugger hit him in the head and took his bank card as he left a bar, leaving him with no memory of the 12 hours before he awoke in an alleyway. His wife told police he had been missing. But police reportedly found surveillance video of Shepler with another woman at a convenience store. When interviewed, the woman told police Shepler met her at the bar and the two continued drinking at her apartment, a timeline reportedly confirmed by her building’s surveillance camera. Shepler was charged with making a false report.

Weird Pittsburgh: A thirsty Santa, crow crap and a cat who’s a rat

Weird Pittsburgh: Burning bridges, stupid criminals and a Christmas visit for the ages