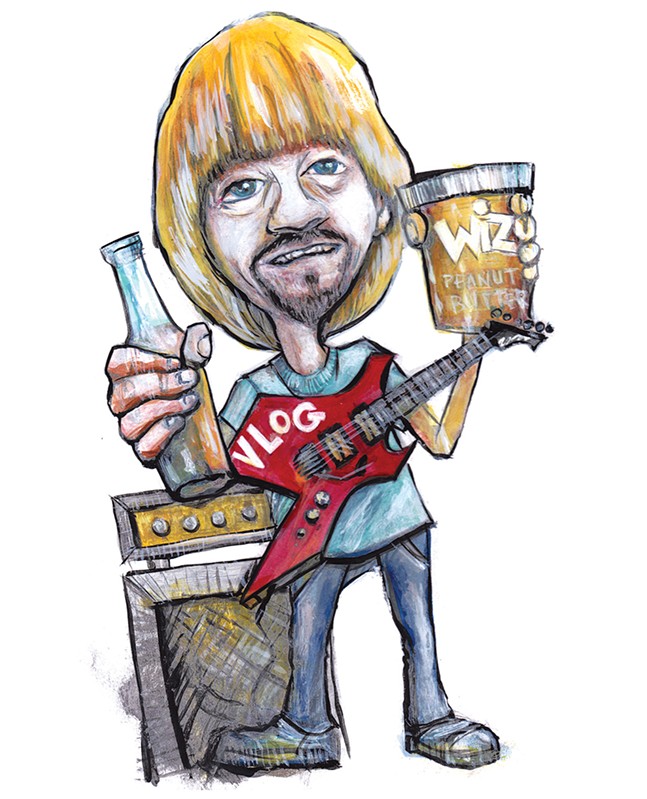 On July 16, the first solo Weird Paul Petroskey album in six years rears its bowl-cut shaped head. Throughout the 16 tracks on the new album, LIT AF, Petroskey’s coy lyrics and playful song titles (“Uber On Over;” “Alive In the Body Bag;” “Poptarded”) washes over a mix of lo-fi instrumentals ranging from rap to country to rock.

“I had a lot more to work, and I feel like this is my strongest album ever,” says Weird Paul. “Having slightly better recording equipment enabled me to fix my mistakes more and try some new things, so I created songs in genres I never worked in before.”

Before LIT AF drops, Pittsburgh City Paper chatted with Petroskey over email about the new album and his time away from music. And for those attending the Deutschtown Festival, LIT AF will be available at Blacksmith Studio July 13, before the July 16 release.

It’s been six years since your last album, Still Going Strong, came out. Why the break? And how have you been spending your time?

The six-year break was due to one thing, for the most part: YouTube. I started making new videos on YouTube in 2013; the same year my last solo album Still Going Strong came out.  Things went well for a couple years. I had some minor viral videos and my channel was exponentially growing. By 2017, I felt like it wouldn't be much longer (before I) could support myself with YouTube. So I went all out, I was making four or five videos a week. YouTube took over my life.

But by 2018 I realized that it had been a mistake. Though my channel was still growing, it was growing only at the same pace, year after year (due in part to a bunch of stupid changes that YouTube had made). The documentary about me Will Work For Views was supposed to come out in 2017 and I was hoping that would give my channel a huge push (it didn't become available until 2019). I wasn't anywhere near paying my bills by doing YouTube. Last year I realized I needed to cut back on (the channel) to a great extent and get back to making music. I'm so glad I did, I'm a lot happier now.

Tell me about the process of making LIT AF. How do you stay fresh after over 25 years of making music?

Every album I make, the process seems to change. How I come up with ideas and when I make them into songs, even the entire process of recording. Also, the way I am exposed to music, and the kinds of music I am exposed to, changes. Those changes help to keep things fresh.

On this album, I had years’ worth of ideas sitting around, so I had a lot more to work with and I feel like this is my strongest album ever. Having slightly better recording equipment enabled me to fix my mistakes more and try some new things, so I created songs in genres I never worked in before. Another thing is, I hate being repetitive, so I naturally try to do different things.

A lot of what writing songs has to do with is where you are in life and that's changed a lot too.  Example: my son is 23 now — so I don't write songs inspired by bringing him up anymore. I'm almost 50 now and I've acquired the wisdom that you do as you get older, it can't help but make a difference.

The exact process is, I have parts of songs (usually it's just the chorus lyrics and melody).  When I'm ready to finish the song, I sit down and write all the rest of it. Then I record a scratch guitar track and record all the other tracks over top of it —- that's when I compose what all the other instruments will play. Most of the writing happens during the production of the song itself.

Where do you get inspirations for the songs?

Nowadays it's mostly just stuff that comes out of my mouth as I babble.  I'm always singing and I let myself sing out loud whatever comes into my brain, all day ... most people don't do that.  That's how I come up with the titles, which is usually also the chorus ... and it comes out of my mouth already in the form of a melody. Then I'll grab a little tape recorder and sing it in there so I don't forget it. 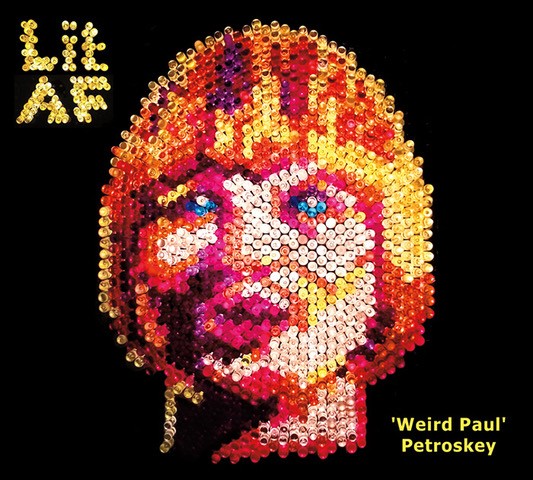 How would you describe the album?

My albums haven't changed that much in what they are ... around 2006 I started calling what I do "xeroxrock." My albums aren't just one genre you can stick them in. I change genres from song to song. Other bands that might do this would be Ween and They Might Be Giants. I'll do a metal song, then a country song, then a rap song, then a punk song, then a power pop song. I've recorded songs in more genres than I can count by now. Overall, there's a sense of humor about everything. I have done completely serious songs in the past and I still sometimes do. But even serious songs like "Alive In the Body Bag" have strange titles.

Favorite song on LIT AF? And why?

That's like choosing between your children! I gotta pick one? Alright, I'll go with the new rap song, "Dopamine Drop." I'm not saying it's the best rap song I ever wrote, but it's up there. I guess it's my favorite song because all I had was the refrain when I started and now I listen to this amazing song that I created from just that. I'm really excited about how it ended up, how it came to life - music and lyrics. I can listen to it over and over. It gets me up and dancing. Gives me a dopamine drop every time.

Anything else you would like people to know about you or LIT AF?

I'm known for my haircut more than anything else it seems like. I've been filming myself talking since 1984 so it's great that YouTube finally came into existence ... just a "few" years too late ... I mean the whole internet came too late for me, but I've tried to take advantage of it now that it's here.

As for the CD, the cover was created entirely out of Lite Brites by my girlfriend, Niffer Desmond. That's where the "Lit AF" comes in, right? I love putting together something really vintage (Lite Brites) with something modern (Lit AF). Really makes me laugh. The CD is on my website (weirdpaul.com) and my Bandcamp (weirdpaul.bandcamp.com) for now and I'll have copies for sale at Blacksmith Studio at the Deutschtown Festival the night of July 13th - people can get it BEFORE the release date of July 16th!