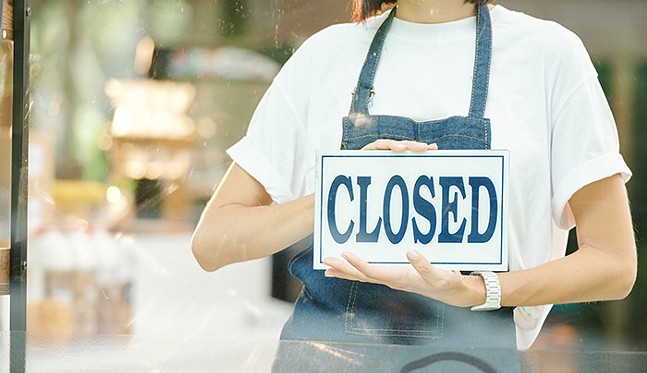 Sometime about two weeks ago, a sign was taped up in the window of the Subway on Beechwood Boulevard in Pittsburgh's Greenfield neighborhood reading “We Quit,” and followed by a smiley face emoji. The small poster was signed by seven people, seemingly employees at that Subway location.

A tweet sharing the sign went viral, and was just one example of Pittsburgh public-facing workplaces that have seen somewhat dramatic and unexpected work shortages in the recent weeks.

Subway - Pittsburgh, PA (Greenfield) Love to see it. ✊ (not my photo) pic.twitter.com/saLtPaZy2a

The exact reasons for why workplaces in Pittsburgh and nationally are having trouble filling positions and keeping workers are uncertain, with some arguing that raising wages will solve the problem, and others noting ongoing anxieties surrounding the pandemic. Pittsburgh employment figures have been slow to rebound from pandemic lows compared to other regions, but jobs in the hospitality industry are starting to see an uptick.

University of Pittsburgh economist Chris Briem jokingly speculated on social media that maybe the worker shortage is in management’s ability to keep front-line workers content in their positions.

“I'm beginning to think the real labor shortage now is not in the number of front line workers, but front line managers that don't incite workers to be so happy to just walk away,” tweeted Briem on June 18.


Staff at the Dollar Tree in the Garfield neighborhood of Pittsburgh dipped today lol pic.twitter.com/jJxrzRLzc2

On June 16, a sign was taped to the door of the Family Dollar on Penn Avenue in Garfield that read “Staff Quit! Y’all Be Easy.” KDKA spoke to locals in the neighborhood, who indicated this wasn’t the first time worker shortages caused the location to be closed.

KDKA also reported that one of the store managers that quit Family Dollar said she was working 105 hours per week, and with little support from the company’s district manager. The store manager already put in her two-week notice, but decided to just walk out with the store's only other employee on June 16. 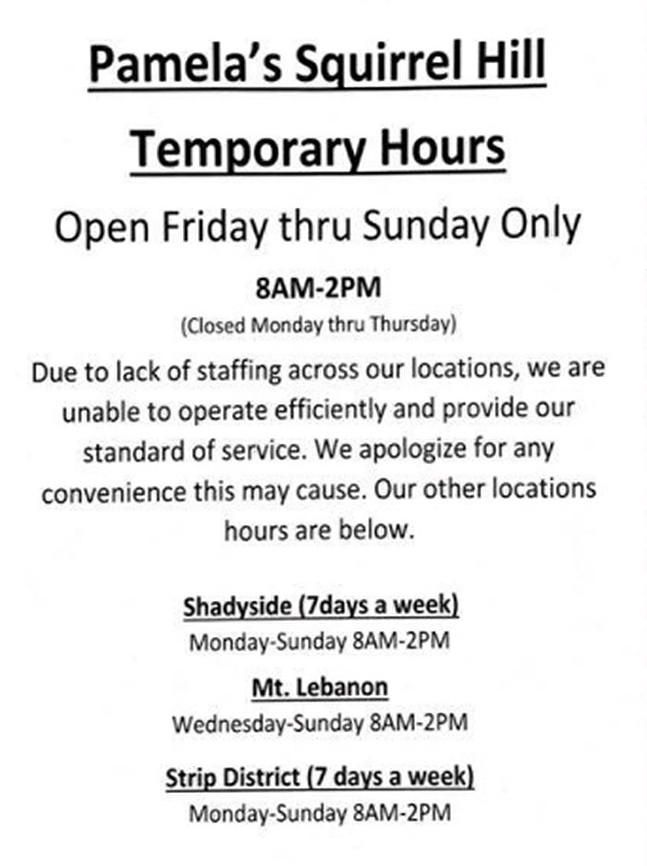 Screenshot taken from Facebook
Screenshot of a Pamela's Diner Facebook post from June 27
Sudden work shortages also recently hit local breakfast chain Pamela’s Diner, who announced on June 27 that hours at the Squirrel Hill location would be reduced due to “lack of staffing across all locations.” Pamela’s deleted that post, but still announced the hours would be reduced, and that they were working “vigorously to reopen more days in the near future.”

On June 28, all four Allegheny County pools had to close for the day due to lack of staff.


All four Allegheny County pools are closed today over a staffing shortage. https://t.co/E00YpM9BM3

Allegheny County Executive Rich Fitzgerald told KDKA Radio that the closures were caused by a combination of factors, including a shortage of lifeguards, employees taking vacations, and attempts to rearrange shifts to ensure that all the pools can be open for the Fourth of July weekend. KDKA Radio reports that Allegheny County lifeguards make between $14-16 an hour.