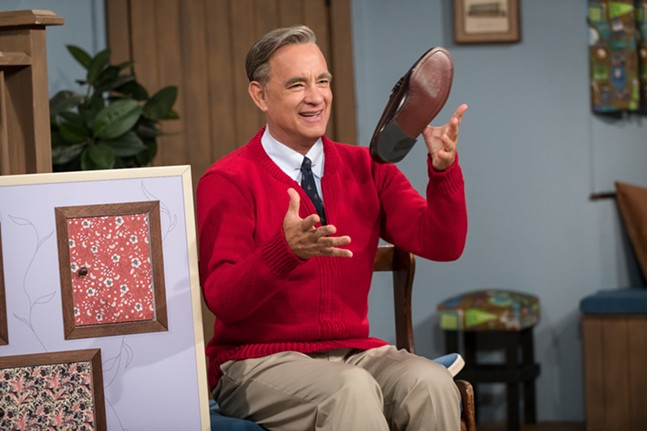 Photo: Sony Pictures
Tom Hanks as Fred Rogers
Last fall, film crews descended on Pittsburgh to film the Fred Rogers film A Beautiful Day in the Neighborhood, starring Tom Hanks as the children's television host. Now the trailer is finally out, and it looks exactly as you'd expect it to: sweet, heartwarming, earnest, and other related feelings.

The trailer reinforces that it could only ever be Hanks to play Rogers. He's Hanksing harder than ever before. He embodies Roger's friendly youth pastor energy, saying nice things about positivity, acceptance, and love. Matthew Rhys co-stars as journalist Lloyd Vogel (based on real-life journalist Tom Junod), who is writing a profile of Rogers for a magazine. In the trailer, Rhys doesn't say much, except for things like "I'm here to interview you" and "I'm profiling Mister Rogers."


The movie, directed by Marielle Heller, is largely about the friendship that forms between the two. It does seem odd to change the name of the journalist in a movie that otherwise appears to stick to reality. The set of Mister Rogers' Neighborhood at WQED looks nearly identical to the real show, down to the cardigan.

The movie looks decent, and Hanks will definitely get nominated for a lot of awards, but the trailer itself is lacking. It mostly consists of recreations of the show and montages of people smiling, laughing, hugging.

There are some visible Pittsburgh locations visible, like the WQED building, and the Mandarin Gourmet restaurant downtown, but much of the city was also disguised as New York.

A Beautiful Day in the Neighborhood is set for release on Thanksgiving 2019. 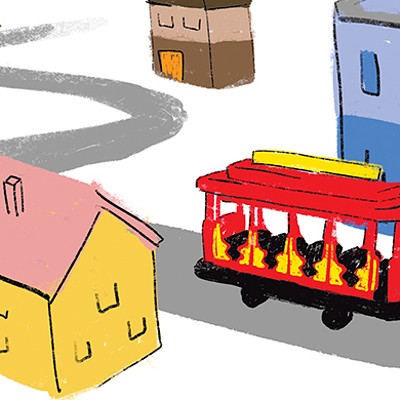