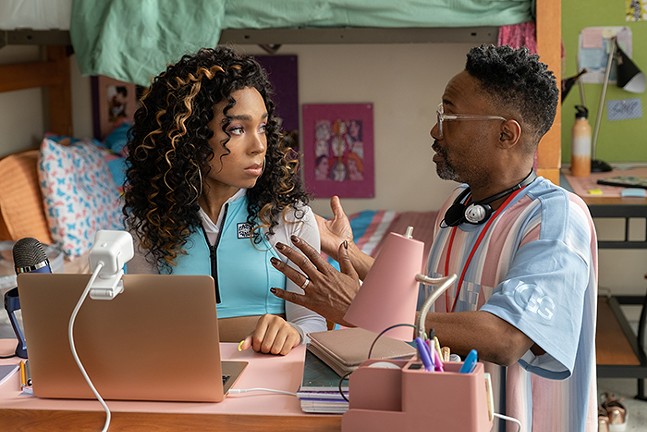 Photo: Courtesy of Amazon
Billy Porter directs Eva Reign in Anything's Possible
Despite reaching worldwide fame, Pittsburgh's own Billy Porter has not forgotten his hometown. Besides coming back to the delight of local fans, and participating in events like the upcoming Pride on the Shore, he also brings creative projects here. Now his film Anything's Possible, which is set in Pittsburgh and shot here in 2021, will premiere on Amazon, and a new trailer does a lot to showcase the city.

Directed by Porter and written by Ximena García Lecuona, Anything’s Possible is described in an official announcement as a "delightfully modern Gen Z coming-of-age story that follows Kelsa, a confident high school girl who is trans, as she navigates through senior year. When her classmate Khal gets a crush on her, he musters up the courage to ask her out, despite the drama he knows it could cause. What transpires is a romance that showcases the joy, tenderness, and pain of young love."

Watch the trailer below:
Anything's Possible is the directorial film debut for Porter, whose career includes award-winning performances in the Broadway musical Kinky Boots and the FX television series Pose, for which he became the first gay Black man to win in any lead acting category at the Primetime Emmys.