A zombie-filled fairy tale is a sweet mid-winter diversion 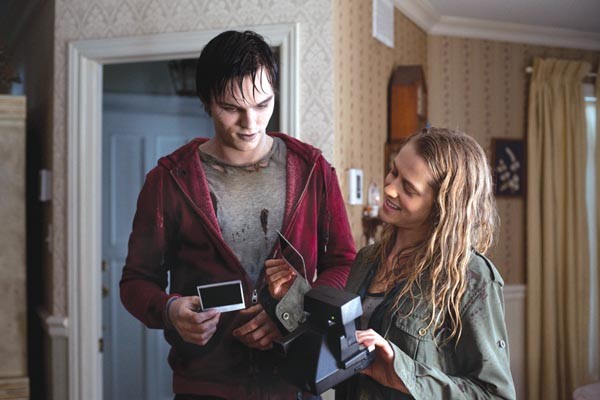 Sometime in the near future, most people are zombies, and the few remaining humans live in a walled city. Jonathan Levine's rom-com Warm Bodies introduces us to this world, via its moony, cute-nerd-boy hero, a zombie known simply as R.

R (Nicholas Hoult) lives at the airport, where he mulls over his boring life and tries to keep alight a tiny flicker of humanity. The flicker becomes a flame when he encounters Julie (Teresa Palmer), a human girl on a scavenging run in zombieville.

R eats Julie's boyfriend (saving the good brain parts for later) and, besotted, kidnaps Julie, bringing her to his jetliner lair. There, the two begin to bond — over vinyl records and shared distaste for more fearsome skeletal zombies known as boneys.

Warm Bodies is lightweight, but surprisingly sweet. This isn't a gore-fest or a horror film; mostly these undead just want to feel alive again. (Filming took place in Canada, which may also account for these politer zombies.)

This is essentially an update of the popular fairy tale trope in which the hideously ugly/imprisoned-in-a-frog/otherwise physically compromised hero can be restored to a dream date with the love of a woman who can see past these hindrances. Every beast needs a beauty, and so too do these zombies.