Want to stay up to date on the local beer scene? Here are a few ways to tap into what’s brewin’ | Drink Issue | Pittsburgh | Pittsburgh City Paper

Want to stay up to date on the local beer scene? Here are a few ways to tap into what’s brewin’ 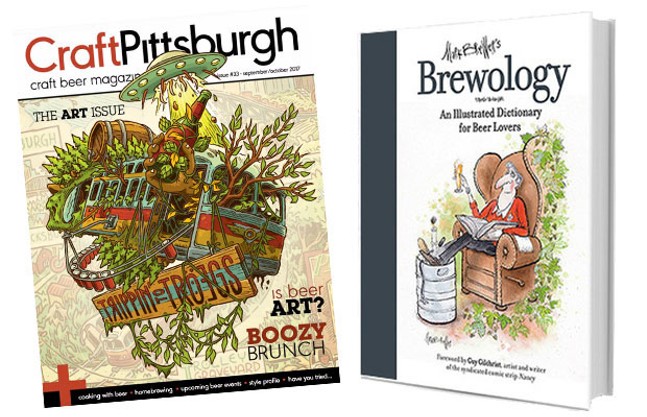 Launched in 2010, this bi-monthly print mag exclusively covers craft beer in the Pittsburgh area and keeps its finger on the pulse of the city.

A Pittsburgh-based online magazine launched in early 2017 by Kenny Gould that he calls a “lifestyle magazine for the newest generation of drinkers.” It focuses on the local and national beer scene through a millennial lens. www.hopculture.com

Mike Potter’s soon-to-be launched online publication centers on introducing people of color to the depths of craft beer and elevating their voices from inside the industry. www.blackbrewculture.com

Comics Ed Bailey and Day Bracey both love performing standup and drinking beer, so they thought why not combine the two? Their podcasts feature candid and amusing conversations with local brewers and others. Feel free to pop open a beer and follow along. Check out the last page for more. www.epicastnetwork.com/partnerspod

2005 was early in the age of podcasting, and that’s when CBR got its start. Pittsburghers Greg Weiss and Jeff Bearer evangelize about good beer from their basement studio and joke like the ol’ pals they are. www.craftbeerradio.com

Beer in the Burgh @beerintheburgh

This Pittsburgh local has a formula that works. The posts are highly stylized, mostly of large-format bottles or cans, often poured into glasses with short descriptions or the labels prominently displayed. The mystery ’grammer drinks a lot of local brews and limited releases.

An artist and beer enthusiast, Brewer posts his comics, many of which are beer-centric. He authored Brewology: An Illustrated Dictionary for Beer Lovers and he has an every-other-week column called “What’s Brewing” at Pittsburgh Tribune-Review’s TRIBLive site.

Following your favorite local breweries on Instagram is always a good way to keep up with new releases and specials.

This account tweets and retweets local beer news from many different sources, keeping you up to date on anything breaking.

This Pittsburgh Post-Gazette reporter brings his keen eye and affable manner to the Pittsburgh craft-beer scene, and often breaks beer news in the city. Follow his twitter to keep up with his coverage.