Want an abortion in Pennsylvania? What to know about legal requirements, access | Pittsburgh City Paper

Want an abortion in Pennsylvania? What to know about legal requirements, access 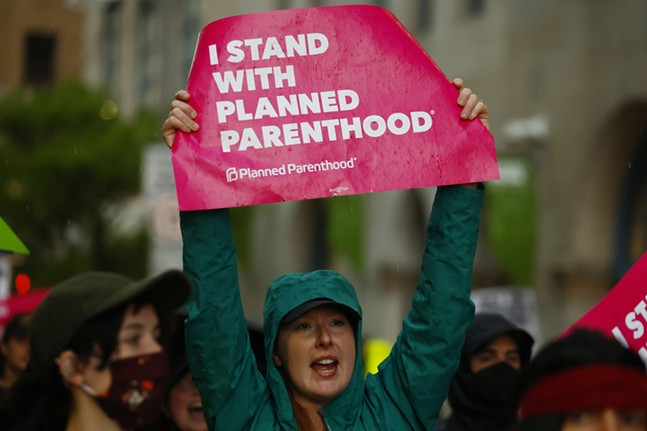 Pennsylvania does not have a trigger law on the books to outlaw abortion if the U.S. Supreme Court overturns the landmark Roe v. Wade ruling, which guaranteed federal constitutional protections for abortion rights.

So if the nation’s highest court strikes down the 1973 decision, the commonwealth could become a sanctuary state for those seeking an abortion but whose home states have outlawed or heavily restricted the procedure.

But — should the high court overturn the ruling — the results of the governor’s and legislative races this November could drastically change how, when, and why someone can receive an abortion — if at all — in Pennsylvania. And some lawmakers in the Republican-controlled General Assembly have proposed limiting the procedure and restricting funds to health care centers that perform abortions, despite Pennsylvanians supporting keeping abortion legal under all or some circumstances.

For now, the Abortion Control Act, a 1982 state law, permits abortions with some restrictions and requirements.

More than 32,000 people received legal abortions in 2020, according to data from the state Department of Health, which is required by law to report details on abortion services. Pennsylvania has collected data on the procedure since 1975.

The Capital-Star spoke with Planned Parenthood Keystone President and CEO Melissa Reed about getting a legal induced abortion in Pennsylvania and what to expect at an appointment.

Are there time restrictions on when someone can receive an abortion?

Abortion is legal up to 24 weeks into pregnancy for any reason, except abortions sought based on the sex of the fetus.

Later exceptions can be made for extraordinary circumstances, including when the health of the person giving birth is at risk.

If you are under 18, you must have parental consent to receive an abortion.

Pennsylvania law grants an exception for minors who cannot tell their parent or legal guardian that they want an abortion. This is called a judicial bypass, where a minor may meet privately with a judge who can permit the procedure without telling their parents.

Is there a waiting period?

The waiting period also comes with informed consent, which is a state script that educates patients on the procedure and risks — which are minimal — Reed said.

The required informed consent script can be read over the phone, so patients don’t have to travel to a clinic ahead of their scheduled abortion appointment, Reed said.

What should you expect at an appointment?

That depends on what kind of abortion you receive. Before receiving an abortion, you’ll also undergo bloodwork and urine analysis to confirm the pregnancy, Reed said.

Patients could opt for a telemedicine visit, where Planned Parenthood doctors arrange a live and secure video conference with a patient. The doctor observes the patient taking the first abortion pill and then prescribes the second pill, which is taken within 48 hours after the first pill.

In some cases, Planned Parenthood Keystone can mail the abortion pills to a patient’s home, so they never have to go into a clinic.

“That makes it really easy for people who can’t get off work or who lack transportation,” Reed said.

Planned Parenthood Keystone offers in-clinic abortion services for up to 13 weeks and six days of pregnancy. The staff adheres to the mandated 24-hour waiting period and informed consent policy.

Patients then come into the clinic and speak with a medical assistant, who reviews their medical history and explains the abortion procedures. A staff member conducts an ultrasound to confirm the date of the pregnancy, and patients are given lidocaine before receiving an abortion.

“And when that’s completed, the patient goes to the recovery room,” Reed explained, adding that a nurse stays with the patient. “When they’re ready to go home, they are discharged. And most of our patients just feel a tremendous amount of relief that they’re no longer pregnant.”

Planned Parenthood warns patients that protesters may be outside clinics, urging those seeking services to not engage with them and utilize escort services.

“That is one of the things we really take very seriously as part of our mission. We provide completely confidential and nonjudgemental care,” Reed said, adding that abortions are a standard medical procedure that people have for many reasons.

How much does the procedure cost?

If finances are a barrier, Reed said Planned Parenthood has funds to help patients cover the cost of travel, child care, or lost wages.

“We really want to remove as many barriers as we can so people get the care they need,” she said.

Planned Parenthood of Western Pennsylvania offers various low and no-cost abortion services, including for those without insurance. Clinics accept cash, checks, Visa, or MasterCard. You must show a valid photo identification card to pay with a check or credit card.

With a sliding fee scale, fees for services are based on your household income and could be free. If you are uninsured but don’t qualify for free services, you could be eligible for a reduced fee based on income.

Where can you get an abortion?