Wait For Your Laugh 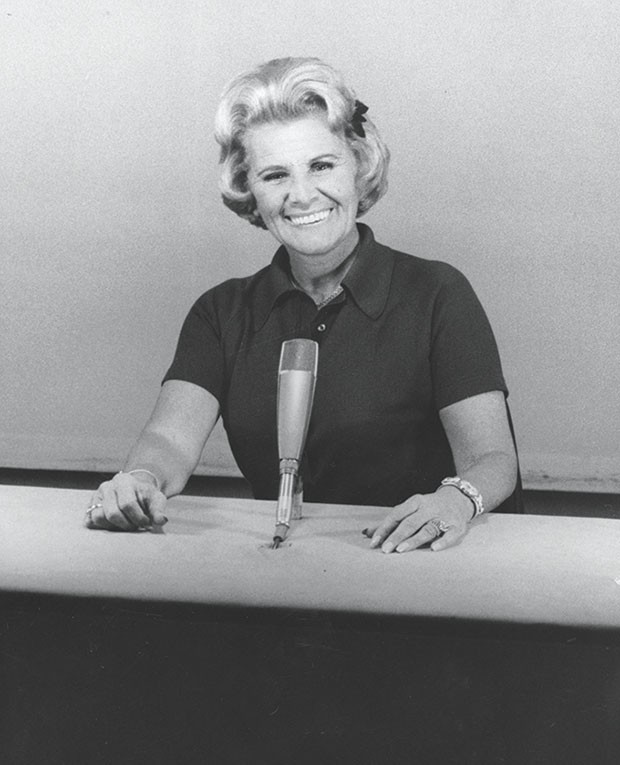 Stories of women struggling to find equal footing in the entertainment world are currently blowing up newsfeeds, and some of them have zeroed in on the extra difficulties of being a funny female performer. It’s tough now, but ladies, it has never been easy.

Let Rose Marie tell you. The 94-year-old performer helps narrate Wait for Your Laugh, Jason Wise’s documentary about Rose Marie’s nine decades in the show biz. She’s still sharp and feisty, and after all these years, ready to spill a little tea about certain so-and-so’s.

She started performing at age 4, as Baby Rose Marie, an adorable little girl with a big adult voice. She was signed to a NBC radio contract at age 5, and never stopped working professionally. She nimbly moved through the rapidly changing entertainment world of the 20th century, mastering vaudeville, cabaret, USO shows, a movie or two, television, throwback tours and voice work for animation. She literally opened “Vegas,” performing at the grand-opening of Bugsy Siegel’s glamorous Flamingo, the progenitor to the gambling-and-entertainment industry we now associate with that city.

Considerable time is devoted to her work on the influential 1960s sit-com, The Dick Van Dyke Show, on which she played a woman who wrote for a comedy show. It was a great role, but alas, Rose Marie recounts that being “one of the boys” on the workplace portion of the show could never generate the attention earned by the glamorous Mary Tyler Moore, who portrayed the wife. But show creator Carl Reiner and star Van Dyke speak warmly of Rose Marie’s comedic gifts and of her many contributions to the show, both on and off camera.

To younger folks, Rose Marie may seem old-fashioned, and indeed her signature genre of comedic cabaret doesn’t dominate the airwaves and stages like it used to. But her fight to control her own career and image, and to strive for success beyond “typical” female roles remains a contemporary struggle.