Visiting and resident poets — and a detective novelist — are on tap 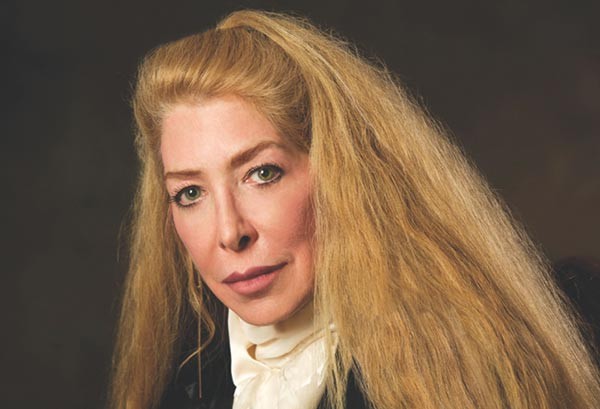 "Extinguish me from this," writes Lucie Brock-Broido. "I was sixteen for twenty years. / By September I will be a ghost / And flickering in unison with all the other fireflies in Appalachia, / Blinking in the swarm of it, and all at once, above / And on a bare branch in a shepherd's sky." "A Girl Ago" is from Brock-Broido's 2013 collection Stay, Illusion, a finalist for the 2013 National Book Award. The acclaimed poet, a Pittsburgh native who now directs Columbia University's poetry program, returns to kick off the Pittsburgh Contemporary Writers Series season with a reading. 8:30 p.m. Thu., Sept. 25. Frick Fine Arts Auditorium, 650 Schenley Dr., Oakland. Free. 412-624-6508 or www.pghwritersseries.wordpress.com

As every month, poetry is on tap at Versify. The series, hosted by East End Book Exchange, features three exceptional local poets this week. Lynn Emanuel, an English professor at Pitt, is the author of collections including 2010's darkly comic Noose and Hook. Joy Katz's 2013 collection All You Do Is Perceive was lauded by CP for its "attractively strange, layered, distinctive voice." And Ellen Smith is a widely published and anthologized poet and critic. 7 p.m. Sat., Sept. 20. 4754 Liberty Ave., Bloomfield. Free. www.eastendbookexchange.com

One week, Jimmy Cvetic is opening a boxing gym in the Hill District. Another week, the retired Allegheny County cop is hosting The Troopers Rode On, an evening of readings of his poems at the Hollywood Theater. Cvetic's written thousands of them, plain-spoken, sometime hilarious and usually thought-provoking verses drawn largely from his Pittsburgh childhood and his years encountering wild characters on unpredictable streets. Readers include locally based actors David Conrad and Patrick Jordan. As usual for Cvetic, it's a benefit, this time for the Western Pennsylvania Police Athletic Association. 8 p.m. Fri., Sept. 19. 1449 Potomac Ave., Dormont. $20. www.thehollywooddormont.org

Daniel Rinaldi is back, and so is Dennis Palumbo. Rinaldi is Palumbo's fictional psychologist who consults for the Pittsburgh police. In the fourth installment of the Rinaldi detective series, Phantom Limb (Poisoned Pen Press), Palumbo's hero tackles the kidnapping of one of his patients, a former Hollywood starlet. Palumbo, himself a Pittsburgh native turned longtime Hollywood-based psychotherapist, launches the book at a Mystery Lovers Bookshop Coffee & Crime event. 10 a.m.-noon Sat., Sept. 20. 514 Allegheny River Blvd., Oakmont. Free. 888-800-6078 or www.mysterylovers.com