Vintage Japanese prints and ivories make for a breathtaking show at the Carnegie.

The prints are visually inventive, the ivories exquisite. 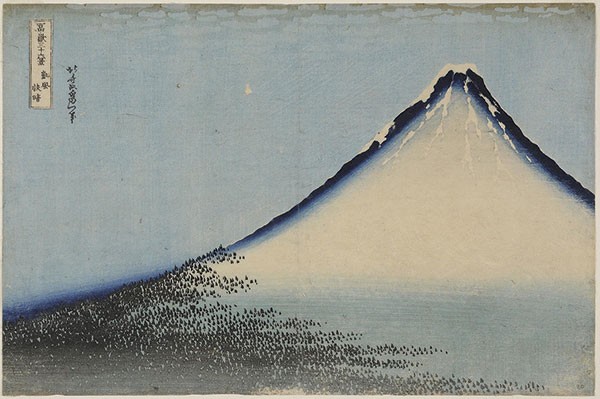 JAPAN IS THE KEY

"Japan is the key ... " to "the Orient," that is, in H.J. Heinz's judgment of 1902. The belief underlay Heinz's interest in Japan as an emerging power with a mature civilization (and not, as was widely believed, a nation of Asian "barbarians"). Heinz's interest led him to begin acquiring carved ivories (okimono), one of the two major collections presented in the Carnegie Museum of Art exhibit "Japan Is the Key ...": Pittsburgh Collects Prints and Ivories, 1900-1920.

The ivories predate both restrictions on importing ivory (enacted in 1973 and 1989) and widespread — though still far from universal — opposition to the slaughter of elephants. The ivories range from miniature netsuke, which were kimono accessories, to pieces up to 12 inches high by 6 inches wide, limited by the width of a tusk. The artistry is exquisite, depicting slices of daily life, such as a fisherman catching an eel, or figures from myth and fantasy. A few are assembled in sections, including a remarkable life-sized eagle made of hundreds of pieces.

The other major collection here is of Japanese woodcut prints (ukiyo-e) assembled under the guidance of a Heinz contemporary, poet and critic Sadakichi Hartmann. The woodcuts are more familiar, produced in great quantity and still widely available, though the selections here are of particular cultural and historical importance. Celebration of nature is a recurring theme, as in Hokusai's views of Mount Fuji, along with genre scenes, images of culture and the arts, and geishas and courtesans. The prints are highly imaginative and visually inventive, as with a waterfall rendered as a few vertical stripes, with dots representing splashing water.

Early Carnegie Institute curators (before the split into museums of art and natural history) started the Japanese collection while envisioning a new world culture fusing the best of East and West. (If only!) A label explains that the Japanese audience responded to depictions of current events, popular culture and folk and literary references, while American collectors focused on famous names, aesthetics and signs of change in Japanese society. A century later, the distinction is probably still largely true. Research and education are key roles for museums, and I was more than a little enlightened by the succinct and informative exhibit labels. But simply from the perspective of aesthetics and craft, the exhibit is breathtaking.