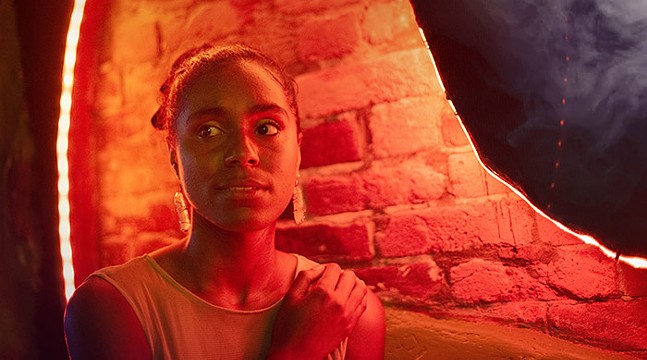 Renee Rabenold
Dawn's Trail: A Cosmic Uncertainty
The whole point of immersive theater is, well, the immersion part, which can be challenging when people are stuck in their homes and even small crowds are prohibited. For the fledgling Vigilance Theater Group, the desire to put on what would be its third show in the face of COVID-19 restrictions required some creativity.

As opposed to inviting audiences into a haunted murder mystery, like with its first show Hollow Moon, or into an all-female spectral other-realm, like in Welcome to Moonside which took place at the former Lava Lounge bar, Vigilance is executing its latest show, Dawn's Trail: A Cosmic Uncertainty, with some technological assistance.

Vigilance co-founder Sean Collier, who created the company with Dana Custer, Ariella Furman, and Renee Rabenold back in 2018, says they had planned on presenting their next show in November, and were even in the process of having auditions. As the outbreak unfolded, however, they had to quickly shift gears.

“We were facing the likelihood that there's going to be a pretty long break between Welcome to Moonside and another in-person show,” says Collier, adding that they originally planned on not having a show at all. “I wanted to do something primarily for people who had seen at least the previous show, to give a little bit of content and remind everyone we’re still here and building on this company and this story.” 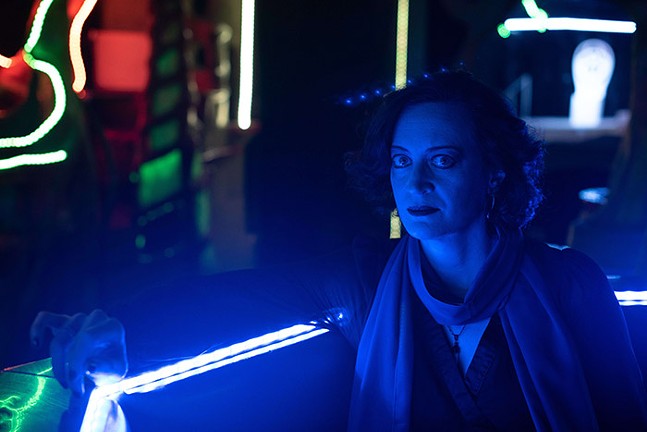 Renee Rabenold
Dawn's Trail: A Cosmic Uncertainty
Dawn's Trail — which runs from Mon., May 18 through Thu., June 18 — serves as a spin-off to Welcome to Moonside, which Collier wrote and is described in a Pittsburgh City Paper review as an eerie tale that takes place in a “kingdom for the spirits of deceased humans.” The concept is somewhere between an immersive production and a scavenger hunt, as audience members assist a wandering spirit by gathering clues from emails embedded with videos, phone calls, texts, and even handwritten letters.

Collier says Vigilance ultimately decided to embark on a virtual performance after seeing what local theaters were doing to stay relevant while still providing entertainment to patrons outside of the physical experience.

“I started thinking this is maybe less about, ‘Is this the best theatrical experience?’ and more about what you're watching on your screen,” says Collier, citing how Pittsburgh Public Theater started hosting online dramatic readings.“It provides a little bit of connection.”

To that end, Collier explains that they wanted Dawn's Trail to be as accessible as possible. Tickets are pay-what-you-can with a suggested donation of $10. It's designed so anyone can enjoy it without the headache of downloading and learning how to use a new app or online platform, something many people have had to do in order to communicate while social distancing. “We're not going to have a group Zoom call with ghosts,” says Collier.

The effort to create something challenging, yet pleasurable and easy to do from home extends to the scavenger hunt elements. “We don't want to send people on unnecessary journeys right now,” says Collier, adding that the clues will take participants down a linear path and not reach frustrating escape room levels.

“Our goal is for everyone to make it to the end of this story.” But while Dawn's Trail is more inclusive in terms of tech and price, Collier stresses that it primarily caters to the estimated 200 ticket holders and guests who saw Welcome to Moonside, as the new show incorporates characters and other details from that experience. “I think it will look pretty obtuse if you don't know who some of these characters are,” he says.
click to enlarge 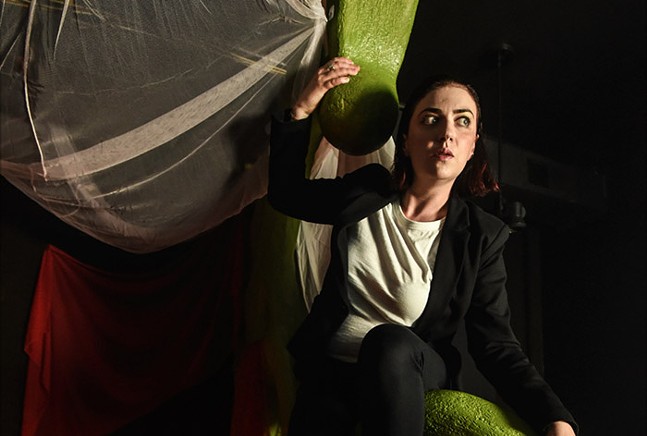 While he says the show is meant to “give people a little break from reality,” they did not want to completely ignore the crisis going on right now and tried to find ways to integrate it into the story. “We thought about how these characters exist in and outside of our world,” says Collier. “We can't pretend that the world isn't weird right now, so what might happen to those characters and what might they need from the audience in a very different world?”

As Vigilance and other companies navigate the previously uncharted waters of taking shows beyond the stage or performance venue, Collier hopes no one forgets the value of the physical experience. Rather, he sees the shutdown as an opportunity for creative institutions to “have more flexibility and to generate more content in different ways,” and for audiences to react accordingly.

“I don't want the physical experience of going to the theater in a traditional sense — I don't want that to go away. That's important to the nature of the whole artform,” he says. “But I think people are digesting that the life of an arts organization doesn't stop at the physical theater. … I hope this teaches people to engage with places they love and the places they support beyond just buying the ticket.”
Dawn's Trail: A Cosmic Uncertainty. Mon., May 18-Thu., June 18. Pay-what-you-can or $10 suggested donation. Search “Dawn's Trail: A Cosmic Uncertainty” at Eventbrite for tickets. vigilancetheater.com