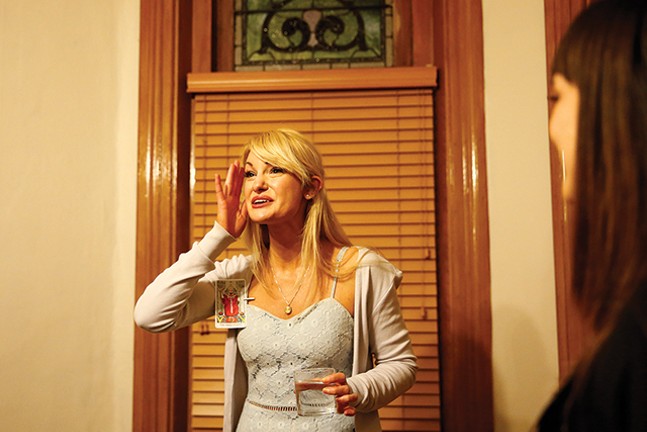 Sean Collier is known for a lot of things —– he’s a writer, comedian, and host of both radio and podcast shows. Now he adds another credit to his resumé: theatrical producer.

Inspired by the classic Shirley Jackson horror novel, The Haunting of Hill House, and mid-century haunted-house films, the thriller invites 12 audience members to a historic, possibly haunted house for a supposed ghost hunt. Once the doors close, however, the true nature of the visit is revealed as various actors (the cast includes John Feightner, Karen Forney, Tyler Ray Kendrick, Lee Lytle, Michael McBurney, and Ashley McKinney) shift between scripted segments and interactive scenes, with the ending determined by audience choices throughout the show.

To make matters even spookier, the show takes place in a secret location in Lawrenceville disclosed only to ticket buyers.

Collier says Vigilance came to be after he took a trip to New York City, where he saw two amazing immersive theater shows, Sleep No More and Then She Fell.

“It really sparked something in me to be a creator of this, not just a fan,” he says.

At the beginning of this year, he reached out to Furman and Custer, two local film professionals (who also happen to be married), and Rabenold, an improv performer who produces shows for Arcade Comedy Theater. At the end of May, they launched a Kickstarter to raise money for the venue rental and surpassed their $5,500 goal.

Furman and Custer serve as producers and stage managers for Hollow Moon, with Rabenold acting as the director. Collier is, as he puts it, “best credited” as the writer.

The show comes not long after Netflix released its own hit adaptation of The Haunting of Hill House. Collier calls it “a happy coincidence,” but adds that it speaks to an overall trend of audiences wanting horror and thrillers “that are a little smarter than the genre can sometimes be.”

He believes Vigilance’s focus on Jackson’s work also aligns with the tradition of immersive theater telling old stories in new ways – for example, Sleep No More draws on Shakespeare’s Macbeth while Then She Fell combines a hospital ward setting with the writings of Alice in Wonderland author Lewis Carroll. 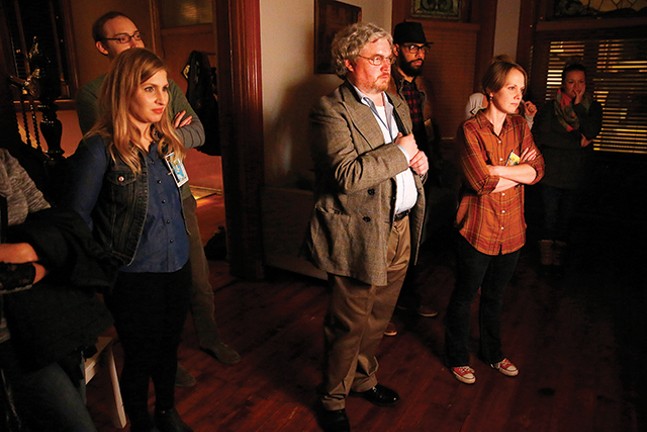 For Hollow Moon, the team took an intimate approach by inviting only a small group into each performance. Doing this allows audience members to interact with the characters and have more of a role in the show. But, as Collier explains, there are also stretches scripted almost like a traditional play, so guests can hang back and watch if they so choose.

“There are moments that will appeal to whichever kind of audience member you are,” says Collier. “If you want to be involved, you have that opportunity.”

While Vigilance adds another voice to Pittsburgh’s ever-growing immersive theater community, with companies like Bricolage, Quantum, and Uncumber Theatrics all helming their own distinct productions, Collier isn’t worried about competition. Rather, he sees the group as helping to fulfill a growing demand among the city’s theater fans.