Vickie Stevenson: "They give you so many hoops to jump through." 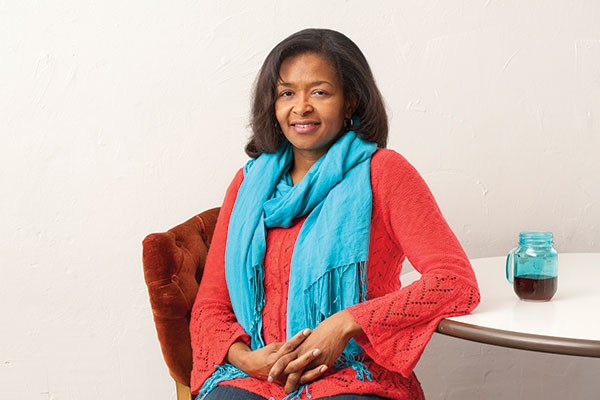 For Vickie Stevenson, a single mother living in Allison Park, getting by on SNAP benefits is all about planning ahead. She's received food stamps off and on for the past eight months, and says she struggles during months she doesn't receive them.

"You always have to plan your meals out in advance," says Stevenson, who holds a master's degree in social work. "It's actually cheaper to make things from scratch. You can't afford to eat out, so you learn what you like and you make it. When I don't have food stamps, I just run [to the store] and get ground beef and have hamburgers and French fries."

Stevenson first began receiving benefits in 2010, when she relocated to Pittsburgh so she and her now-18-year-old daughter could be closer to their family. (The Beaver County native had previously lived in Washington, D.C., Philadelphia, West Virginia and Arizona.)

While she looked for a job, she reached out to Just Harvest in hopes of getting health care; she suffers from anemia. She didn't get the insurance — and isn't covered to this day — but learned she did qualify for food stamps.

"I qualified [for SNAP] and I thought I'd be stupid not to take it," says Stevenson. Even so, she says, "They design the system to give you so many hoops to jump through so you won't take advantage of these services. But I have a teenage daughter who likes to eat."

Soon after, she found a job in behavioral health and lost her SNAP benefits. But nearly nine months ago, she took on a new position as a mobile therapist, helping children ages 3 to 18 with behavioral problems. The work requires a lot of time on the road, since she provides therapy sessions for children at home. And because her hours vary, so does her eligibility for food stamps.

"My case load currently is really low," Stevenson says. "But last month I made $86 too much, so next month I won't get food stamps."

That penalty for working amounts to roughly $150 in lost food aid — what Stevenson estimates she gets per month since the cuts went into effect. She said her benefits have been reduced by at least $50, but it's hard to determine since the amount she gets fluctuates based on her income. It is, she says, difficult to feed two people on what she receives even when the benefits do come through.

On a recent shopping trip to prepare for Thanksgiving dinner, Stevenson brought a bag of coupons. She shopped at Bottom Dollar that day, because they were advertising the lowest prices on turkey.

"You have to look at all the flyers and see who's having a better sale," Stevenson says. "With these cuts you really have to stay on top of that. The holiday season is especially difficult: Why did they wait until November to cut us right before the holidays?"