Every year, VIA has demonstrated that it has an ear for the sounds of subcultures 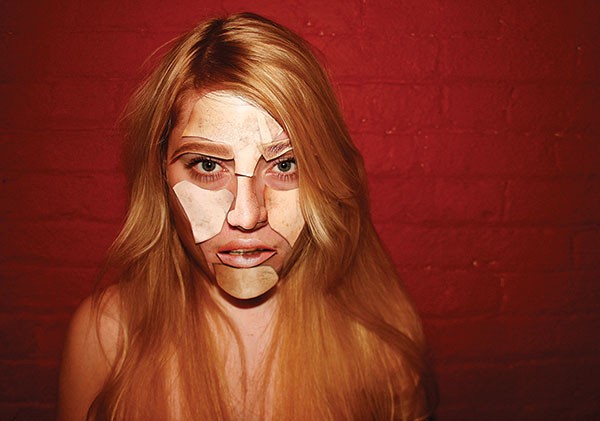 Every year since its inception in 2010, the VIA Festival has taken on a different form. From year one's main stage at the state-of-the-art 31st Street Soundstage to last year's takeover of a former bank building in East Liberty, every year is unique.

This year's main venue, even as of press time, was shrouded in a certain amount of mystery; it was only the third week of September when an address — 5854 Baum Blvd., in East Liberty near Whole Foods — was listed on the festival's website.

Via email in mid-September, festival founders Lauren Goshinski and Quinn Leonowicz explained: "We're working on our signature pop-up venue that will hopefully come through. A unique venue really defines the feel of the overall event and presents interesting opportunities for visuals, collaborations, etc. It's the hardest part, yet often the most rewarding."

The festival, which also includes events at venues like the Rex Theater, Altar Bar and Brillobox, thrives on the city landscape. Leonowicz and Goshinski attended some of North America's best festivals, including Movement in Detroit, Mutek in Montreal and Pitchfork in Chicago — and they decided the big-venue thing wasn't for them. "Being in a city, in its venues, is prime territory for us," they explain.

Much like their unique approach to the venues, the artist lineup typically offers names both well known and unknown; there's always something new to discover.

"VIA presents artists who not only exemplify their sub-genre at this point in time, but that also reveal a sound or culture hopefully before pop life can appropriate it, or massive festivals take notice," Leonowicz and Goshinski explain.

Every year, VIA has demonstrated that it has an ear for the sounds of subcultures. In particular, the organizers have always focused on the gay arts community, having featured the likes of Big Freedia and Le1f — both gay hip-hop artists. This year, the lineup is showing even more varied support of the gay music arena, featuring local drag queen Sharon Needles, who has achieved national success after winning RuPaul's Drag Race; Pittsburgh's premier gay-centric house and techno party, Honcho; and Chicago's infamous gay party, Men's Room.

Queer culture has never really been a stranger to the club scene, but VIA capitalizes on the subcultural shifts within gay hip hop. This year, the festival brings that support by way of innovative Chicago queer hip-hop collective Banjee Report, which includes the artists aCcb00mbaP (pronounced "Ace-Boom-Bap"), 1wo (pronounced "One Two") and Mister Wallace. Banjee Report hosts regular parties in Chicago and runs a podcast.

"I definitely feel like queer artists are at a point, just like Mykki [Blanco], with Le1f, with us — you don't have to be defined by the queer aspect anymore," aCcb00mbaP says. "Yes, we are queer. That's the background we're coming from, but I feel like we've honestly reached a point where we can just make music and be respected for that music."

Currently, mainstream hip hop still struggles to reach the kind of lyrical importance that it once had. Even Mackelmore and Ryan Lewis' VMA-winning music video for "Same Love" — a song about a gay man coming out to the world — was criticized by former VIA artist and rising star rapper, Le1F. He stated in a tweet that was widely reported after the VMAs: "news just in: gay people don't care about your video about gay people."

"Besides Kendrick Lamar, who's been kind of stepping it up lately, I just feel like [hip hop] has been so dumbed down for so long. So it's nice to be in a position right now where we're basically just telling our stories from our viewpoints," aCcb00mbaP says. "It is a subculture. We tap on some things that even mainstream people don't really grasp, or understand, or want to know about the culture. We're here to talk about those issues."

With marriage equality and other gay rights in the national debate, such issues are more important than ever before. However, aCcb00mbaP does have a positive outlook on how younger generations understand sexuality.

"It's definitely different generationally. Today, it's younger and younger," he says of coming out and identifying as gay. "I think kids feel like they don't even have to identify, which is good. I'd like to see it get to a point where you never have to make a statement whether you're one thing or another. You just live your life the way you see fit."

Popular music is one cultural arena that continues to be dominated by male performers, with female artists frequently defined as the sweet songbird or sexy vixen, as opposed to electronic producer or hard-as-fuck rapper.

This year's VIA lineup does much to change that perception, featuring seven female artists from around the globe who are most definitely not Katy Perry or Miley Cyrus. Instead, they're techno DJs, singers who produce their own beats, rappers who spit fire and ladies who can work modular synths.

But the fact remains that it's still difficult for women performers.

"I said in an interview a couple months ago how intimidated I was when I first started," explains Valerie Martino, who performs under the name Unicorn Hard-on. "Not that people were trying to intimidate me, but I was intimidated because I was kind of alone for a lot of what I did. I slowly did meet other women. And as time's gone on, women are feeling more comfortable and being like, ‘Fuck yeah, I'm gonna play music.'"

As Unicorn Hard-on, Martino is a well-known figure in the noise scene, a vaguely defined genre in which she makes art with sound. Unicorn Hard-on's sound is power electronics, beat-driven, electro-tinged and party-oriented, but still hard noise in its own right.

Some parts of the harsh-noise scene have historically been associated with misogynistic imagery. "I don't really know how to describe it. I don't want to put anti-woman in somebody's frame of whatever they're doing if that's not what it is," she says. "But for me, I never really got into the power-electronics stuff because it kind of just felt creepy to me."

Another noise artist playing this year's festival, Pharmakon, inspired Martino to do what she now does.

"When Pharmakon came along, I was like, ‘Fuck, this is actually how power electronics should be," Martino explains. "I'm not saying that I like Pharmakon because she's a woman. She was just one of the first people I'd seen doing power electronics where I was actually like, ‘Whoa, I actually do like this music.' I think it's because it didn't feel as creepy when she did it."