Our global street-food menu pulls influences from around the world. 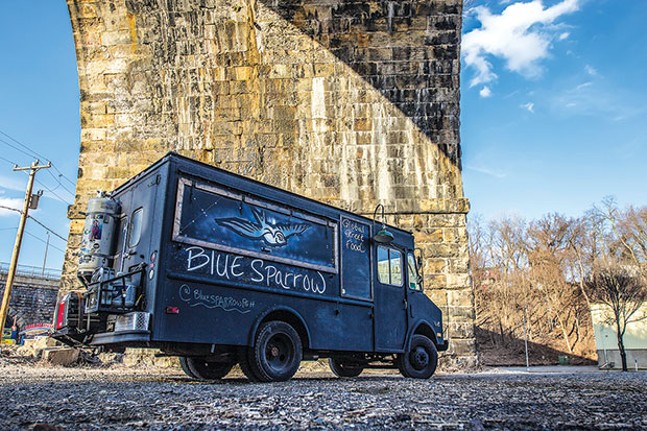 I spent some time in India when I was a teenager. My food experience from that trip is one of several encounters that inspired my Blue Sparrow food truck. Our street-food menu pulls influences from around the world to create unique dishes, each with a story, that inspire customers to try the next thing on the list.

Curry is a great example of a dish that has a story. So many people come to our truck thinking they don’t like curry. Unfortunately, they mostly think there is only one kind, but there are hundreds of curry styles, found from Africa to Thailand. Tikka masala originates in India, but became popular in Great Britain after it had established colonies in the region. These days, it’s considered a national dish in England.

Tikka masala is usually made with cream and chicken, but I’ve swapped some ingredients to make this recipe vegan-friendly. We use this sauce in our tacos and rice bowls all summer, utilizing fresh tomatoes and other produce from our farm partners. But I also love it later in the year with good canned tomatoes. The fresh ginger and curry powder offer a warm spice that is super nice on a crisp day.

Heat oil in a large pot. Add garlic and stir until golden brown. Add ginger and onion. Sauté until onions begin to caramelize, then stir in spices. Continue stirring until spices toast and become fragrant. Deglaze with vinegar. Add tomatoes and coconut milk, and bring to a simmer. Reduce the heat to maintain a simmer, then add potatoes and eggplant. Continue simmering until potatoes become tender, about 15-20 minutes. Season to taste. Serve over basmati rice.

More about Blue Sparrow at www.bluesparrowpgh.com.