Courtesy of Deesha Philyaw
The contributors of TENDER

As vanessa german and Deesha Philyaw were sending ​TENDER ​​a literary anthology & book of spells: evidence to the press last year, a Gender Equity Commission report cited Pittsburgh as more difficult to live in for Black women.

This was something german and Philyaw, as well as the 17 other writers and visual artists in TENDER — and other Black women living in Pittsburgh — already knew. In fact, the idea for the anthology came to german in the wake of the 2016 election, a time that left many “feeling very tender and vulnerable,” says Philyaw.

“[We thought], we could use some tenderness right now, but we don’t always get it, and we don’t always give it to each other or to ourselves, so what if we did a book where Black women in Pittsburgh write about tenderness?” Philyaw adds.

So in 2017, german and Philyaw formed a collective, These Black Midwives – the name stemming from the urge to create something living and breathing – and asked local Black women for writing and visual art on the subject of tenderness.

They narrowed down the submissions to​ Mequitta Ahuja, Melanie Dione, Ada Griffin, Cheryl Hall-Russell, I Medina, Tereneh Idia, Tyra Jamison, a.k. payne, Shanikqua Peterson, Lisa Pickett, Almah LaVon Rice, TeOnna Ross, Jennifer N. Shannon, Celeste C. Smith, Christina Springer, Aaliyah Thomas, and Alona Williams. These contributors represented a mix of genres, prose, ages, experiences, and ways of identifying in the world. Some had been published before, while for others, this was their first time.

But unlike the traditional publishing industry, of which Philyaw says “there’s so much gatekeeping, and not enough gateways,” she and german did as much as they could to retain each writer’s voice and intentions, as well as layout and formatting.

“We wanted to take what was shared with us and touch it as lightly as we could,” says Philyaw. “For me as an editor, it was maintaining a voice, making sure whatever I did was maybe to amplify or clarify something … respect the individuality of each of the writers.”

The goal was to celebrate Black women generally, but also the specific women in the collection, and to make the whole thing a work of art. Every detail from the editing to the stitching was thought out and carefully considered. All of Aaliyah Thomas’ edits for “A Daughter Like Me,” for example, were done in person. 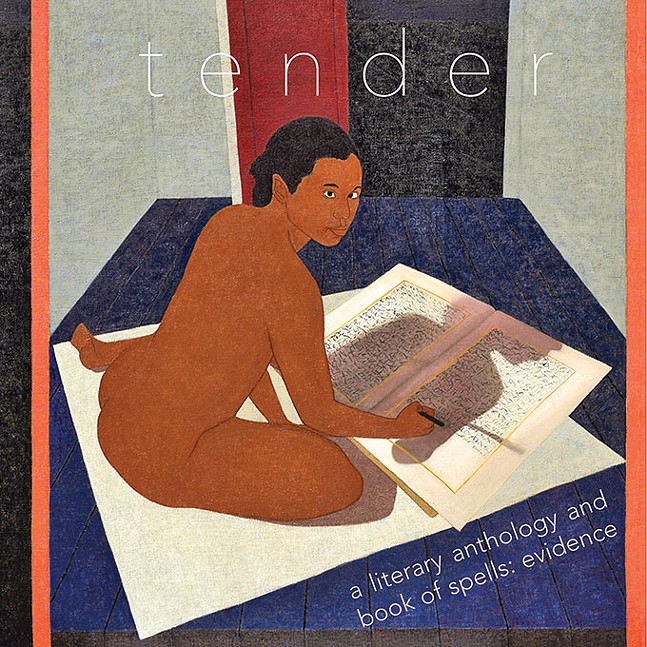 “To feel my work being held and cared for by women I consider mentors was the perfect initiation to the writing world as a young adult,” says Tyra Jamison (“At Odds”). “It’s also generative, to be a part of this network allowed me to see all possibilities for Black womyn and femmes in writing.”

And by making the entire process so intimate, TENDER unintentionally became a community. The women would meet up to during the creation to mix and mingle, and when TENDER came back from the printing press, the women opened the box together and signed each other’s copies.

“Contributing to TENDER granted me access to a part of myself that people rarely associate with Black womanhood unless she is falling apart,” says Melanie Dione (“Mama, Warrior”). “I say ‘granted access’ because I’m not certain this piece would have been written without the project giving me permission, in a sense. There’s a restorative intensity when you’re in a room with over a dozen other women who have decided, ‘We can be soft here.’ It’s an honor to have my work among theirs.”

Almost all of the women will come together on Thu., Feb. 27, for a book launch at City of Asylum.

“This book is a balm, an antidote to what we know is an experience for Black women in the city that’s the opposite of tender,” says Philyaw.