An unnecessary re-boot of the 1983 comedy, now with more vulgar comedy 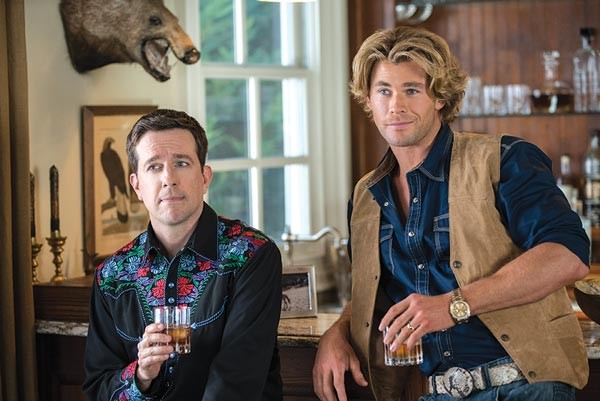 A sequel-slash-rework of the eponymous 1983 Chevy Chase road comedy, in which the kid from the first film, now grown up, takes his family on the same cross-country trip to Wally World. In this contemporary version, co-directed by John Francis Daley and Jonathan M. Goldstein, Rusty (Ed Helms) loads up the wife (Christina Applegate) and his two boys into a rental van (a weird Eastern European model that comes with some very odd features), and drives straight into Crass Comedy Land. There is nothing in this film that viewers haven’t seen in dozens of other low-rent road-trip films, from the pubic-hair pile to projectile vomiting, naked breasts to a giant (prosthetic) penis, ridiculous car wrecks and romantic assignations that go wrong. (There did seem to be more pedophile jokes than usual, not that that’s a good thing.) Helms and Applegate give it a go, but this is pretty thin material, and Chris Hemsworth stops by to show off his pecs. At the end, Chevy Chase phones in a bit that is more apt to remind viewers of all the times he isn’t funny than it is to summon warm memories of the earlier films.