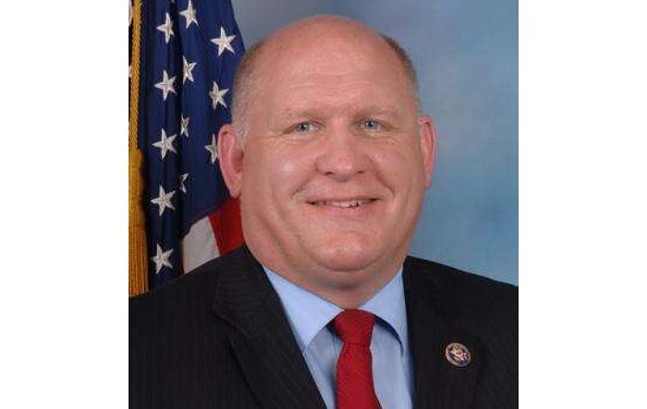 After U.S. Rep. Glenn “G.T.” Thompson (R-Centre County) voted against a House bill that would protect the right to same-sex and interracial marriages by federal law, days before attending his son’s own same-sex wedding, his office described the bill as an “election-year messaging stunt” for Democrats.

Thompson voted “no” on the “Respect for Marriage Act" on July 19. The bill passed in the House 267-157, with 47 Republicans voting with Democrats to approve it. It now goes to the Senate, where it will need at least 10 Republican votes to overcome a filibuster.

“The bill was nothing more than an election-year messaging stunt for Democrats in Congress who have failed to address historic inflation and out-of-control prices at gas pumps and grocery stores,” Maddison Stone, Thompson’s press secretary, said in a statement.

“Congressman and Mrs. Thompson were thrilled to attend and celebrate their son’s marriage on Friday night as he began this new chapter in his life,” Stone added. “The Thompsons are very happy to welcome their new son-in-law into their family.”

Thompson’s district covers the eastern side of Butler County, extending east toward State College and north to the state border with New York.

Contents of the bill

The Respect for Marriage Act, introduced in the House on July 18, provides statutory authority for both same-sex and interracial marriages.

The bill would repeal provisions that define “marriage“ as solely between a man and a woman, and “spouse” as a person of the opposite sex, and replace them with provisions that recognize any marriage that is valid under state law. The Supreme Court held that the current provisions were unconstitutional in United States v. Windsor in 2013, according to the bill’s summary.

The bill also repeals provisions that do not require states to recognize same-sex marriages from other states, and replaces them with provisions that prohibit denying claims related to out-of-state marriages, on the basis of sex, race, ethnicity, or national origin.

The Respect for Marriage Act was introduced as fears brew among some members of Congress that the Supreme Court may reexamine the previous cases that ensured the right to same-sex marriage and interracial marriage in the wake of the repealing of Roe v. Wade.

Julia Maruca is a former Pittsburgh City Paper intern and a current writer for the Butler Eagle, where this story originally appeared.