U.S. Rep Mike Doyle blames Trump for occupation of the Capitol, calls it an "insurrection" 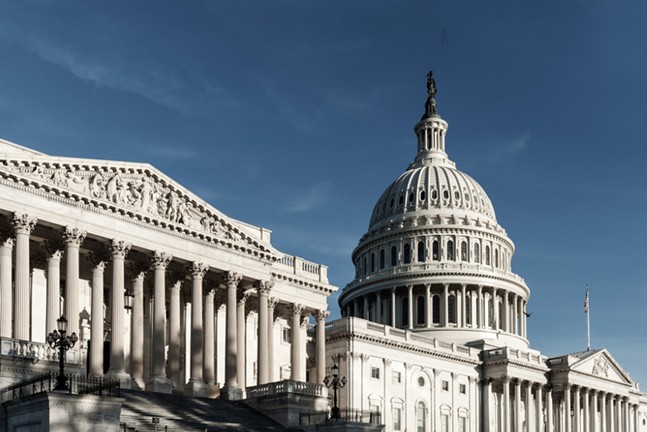 On Wed., Jan. 6, the U.S. Capitol in Washington, D.C. was stormed by hundreds of Trump supporters who pushed back and struck local police, broke windows, and occupied the offices and chambers. Reports indicate that a firearm went off in the Capitol, a person was hit, and that at least one improvised explosive device was found on the Capitol grounds.

The action was inspired by President Donald Trump and other Republicans who continued to falsely claim that President-elect Joe Biden’s victory was stolen. At 2:30 p.m., just before the crowds took to the Capitol grounds, Trump tweeted that Vice President Mike Pence “didn’t have the courage to do what should have been done to protect our Country and our Constitution, giving States a chance to certify a corrected set of facts, not the fraudulent or inaccurate ones which they were asked to previously certify."

As the crowd of hundreds marched on the Capitol waving confederate flags and dozens occupied the building, congressional representatives and staff evacuated the building to ensure their safety.

“This is solely on Donald Trump, he is personally responsible,” says Doyle. “He brought them down here.”

Doyle condemned Trump for telling lies and continuing to share things about the election that have been debunked completely. “He told these people to march down, and then he doesn’t do anything,” says Doyle.

Doyle adds that he supports Americans' right to protest peacefully, but he criticized Trump supporters for crossing over the barriers, hitting police, and smashing windows.

“You don’t have a right to storm the Capitol, that is like a banana republic,” says Doyle. “This is an insurrection.”

Trump did respond with a video statement, but he lied again about the election being stolen and then praised his supporters, in addition to requesting them to leave the grounds.

He deplored the Trump supporters who marched on the Capitol and says that the elected officials need to get back to their job of certifying the election and other business. He says they can’t return to work until the Capitol is totally cleared.

A curfew has been set by the D.C. mayor for 6 p.m. Other Pittsburgh-area representatives, including Conor Lamb, Mike Kelly, and Guy Reschenthaler, all report they are safe.

“I have been down here a long time, 26 years, and I have never seen anything like this,” says Doyle. “We are a nation of laws. … [Trump] should be really proud of this day. This is what he always wanted, a banana republic where he is the would-be dictator, and he got a little taste of that today.”