Conservative groups accused of racism and spreading fake news are backing Rothfus, who is in a competitive election against U.S. Rep. Conor Lamb. 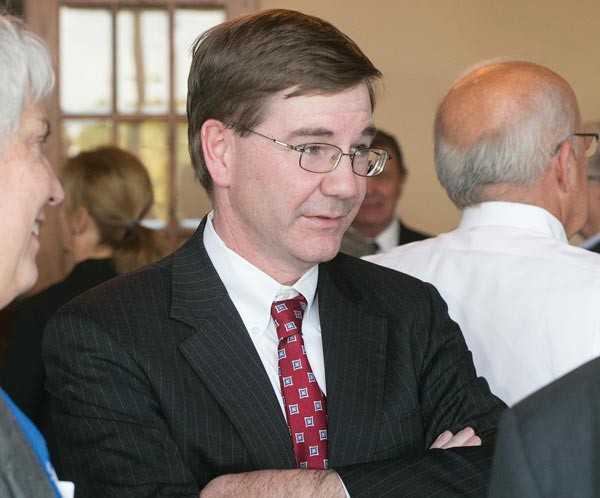 Photo by John Colombo
Keith Rothfus in 2014
The National Republican Congressional Committee cancelled its scheduled Pittsburgh ad buy that was suppose to run from Sept. 12 to Oct. 8. The committee’s goal is to get Republicans elected in congress, and its Pittsburgh ad buy was likely meant to buoy U.S. Rep. Keith Rothfus (R-Sewickley), who is now in a highly competitive election against U.S. Rep. Conor Lamb (D-Mount Lebanon) for the newly redrawn Pennsylvania 17th Congressional District.

But while the mainstream Republican campaign arm appears to be bowing out of the PA-17 race for now, a bevy of funds and support from more far-right conservatives groups is coming to Rothfus’ aide.

American First Action, the political-action committee for the Trump-aligned America First Policies, is injecting $726,000 to support Rothfus with political ads.

“Keith Rothfus is a political outsider who entered public service because he was tired of standing on the sidelines while politicians in Washington make decisions that punish job creators and entrepreneurs while saddling the nation with trillions of dollars in debt,” reads the Tea Party Express endorsement.

Tea Party Express also has a bit of troubling past concerning race. In 2010, a Tea Party Express spokesperson resigned after posting a self-describe “satirical” letter, where he pretended to be a slave who was anti-emancipation.

The group’s Facebook page, which has more than 227,000 followers, recently shared a video from conservative media company Prager University. In that video, conservative commentator Ben Shapiro claims “intersectionality” is a “form of identity politics in which the value of your opinion depends on how many victim groups you belong to,” then claims people love to hate “straight white males.”

Merriam-Webster Dictionary defines intersectionality as “the complex, cumulative way in which the effects of multiple forms of discrimination (such as racism, sexism, and classism) combine, overlap, or intersect especially in the experiences of marginalized individuals or groups.”

The Tea Party Express Facebook page also recently shared an article from thepoliticalinsider.com, a pro-Trump media site. The site shared a 2016 fake news story about Hillary Clinton selling weapons to ISIS. That post was eventually taken down, but not before it received almost 800,000 engagements on Facebook, according to Business Insider.

Rothfus has about $2 million in campaign funds on hand, according to campaign-finance reports from June. He was the first to the airwaves in the PA-17, where he positioned himself has a protector of Medicare and Social Security.

Rothfus voted for the Republicans failed effort to repeal the Affordable Care Act, and supported the tax-cut bill, which critics say could lead to Medicare cuts.

Pittsburgh ranked with the lowest percentage of law firm partners of color in U.S.