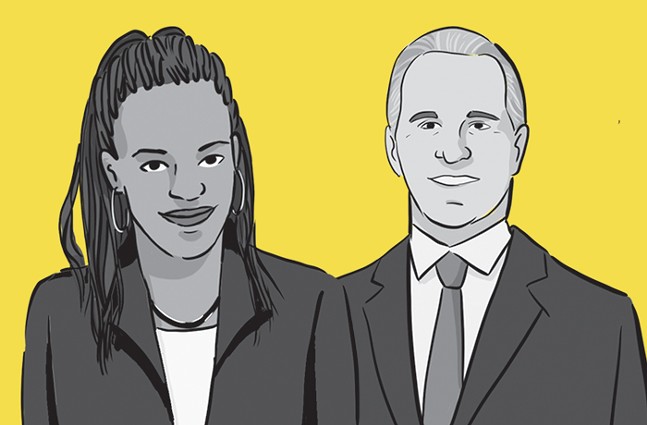 District 12 includes the entire city of Pittsburgh, many southern and eastern Allegheny County suburbs, and the western edges of Westmoreland County. This race will determine who will replace U.S. Rep. Mike Doyle (D-Forest Hills), who announced his retirement last fall.

Climate Change: Told WESA she would “fight for a Green New Deal to transition to a 100% clean and renewable energy economy and bring green union jobs back to PA-12.” Also concerned about “marginalized communities facing the brunt of environmental racism.”

Abortion: Says we “must keep abortion safe and legal in Pennsylvania at all costs.” Tells WESA she wants to codify abortion rights at the federal level, expand access to reproductive health care, and repeal the Hyde Amendment, which stipulates that federal Medicaid money cannot be used to cover abortion.

Bio: Republican. Not the retiring Democrat Mike Doyle. President of Plum Borough Council, member since 2005. Bachelor’s degree in business administration and marketing from King’s College. Website describes a 34-year career in insurance and notes that under his leadership “Plum Borough routinely has budget surpluses,” which he used to decrease taxes and invest in police and infrastructure.

Climate Change: Campaign website says, “Mike believes that Energy Independence IS National Security and the Green New Deal will destroy our region.” Wants to “produce our own” fossil fuels. Supports carbon capture, according to WESA.

Policing and public safety: Campaign website says he “will support our police and first responders protecting our communities.” Also emphasizes the need to “secure our border,” according to Pittsburgh Post-Gazette. Told WESA he does not support additional gun control legislation.

Abortion: Told WESA he would support a federal abortion ban that includes exceptions for rape, incest, and the life of the mother.