University of Pittsburgh libraries are still open during the coronavirus closures, for some reason 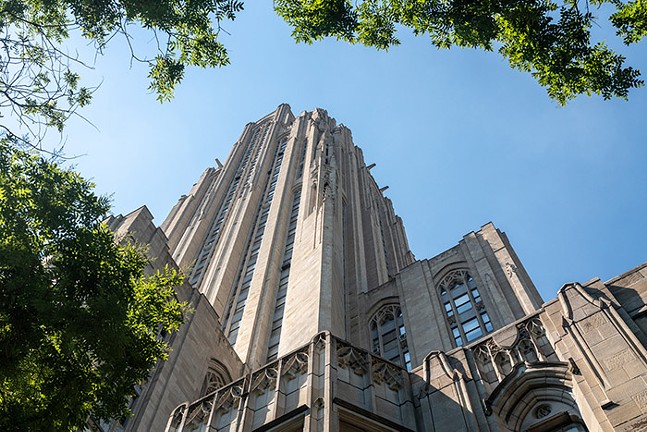 Yesterday, Gov. Tom Wolf announced that all non-essential businesses must close for at least two weeks to help stop the spread of coronavirus, or they could face penalties. Initially, it was a bit unclear what non-essential meant, as only grocery stores, pharmacies, and takeout restaurants were suggested as those that should stay open. Wolf is also closing all state-run liquor stores.

Libraries were not specified, but the University of Pittsburgh is keeping its many libraries open anyway. And at least one Pitt library employee is not pleased.

A Pitt librarian spoke to Pittsburgh City Paper on the condition of anonymity out of fear of retribution. The librarian says there are more than a dozen Pitt libraries open across the main campus in Oakland and branch campuses across Pennsylvania.

The librarian says keeping the libraries open is ignoring the government's guidelines on social distancing as they are encouraging gatherings. Yesterday, the White House advised that gatherings should be limited to 10 people or fewer.

The Pitt librarian is upset that the library employees are forced to come into work, even as most other non-essential places are shut down. They fear they could be helping to spread coronavirus by staying open.

“I am furious,” says the librarian. “They have sent everyone else home. It shows how little they value us as human.“

All municipal public libraries in the state have been ordered to close for at least two weeks. Pitt canceled all face-to-face classes and the librarian says many students have left campus.

On March 16, Pitt has closed its libraries to the general public, and only Pitt faculty, students, and researchers can access the libraries.

“We are continually reviewing all of our operations in light of the latest information as the situation develops,” says Pitt spokesperson Kevin Zwick in a statement. “Supervisors have been asked to provide maximal flexibility in accommodating remote arrangements for staff with assignments and circumstances that allow for remote work.”

But the librarian says that Pitt librarians and other employees can do much of their work remotely, and keeping the libraries open at all is not necessary to help students, faculty, and researchers gather information. They say most of the work librarians usually do is work with students to teach them the best information-gathering techniques. And with face-to-face classes canceled, that in-person work is no longer necessary.

“In this moment, in-person libraries are nonessential. We can do what we need to do online,” says the librarian. "The faculty is not clamoring, they are at home doing what they are supposed to be doing.”

Some libraries on the Pitt campus are quite small, with just a handful of employees, but the librarian says Hillman Library is still open and is still attracting a significant number of visitors.

The librarian says the visitor count at Hillman is comparatively low but is likely in hundreds instead of the thousands.

“But a lot of people are sick, and we don’t know who has the virus,” says the librarian.

Today, officials announced there are at least 10 confirmed or presumptive positive cases of coronavirus in Allegheny County. Yesterday, county officials said many other cases are still pending.

Garbage collection to resume after workers demonstrate over COVID-19 concerns