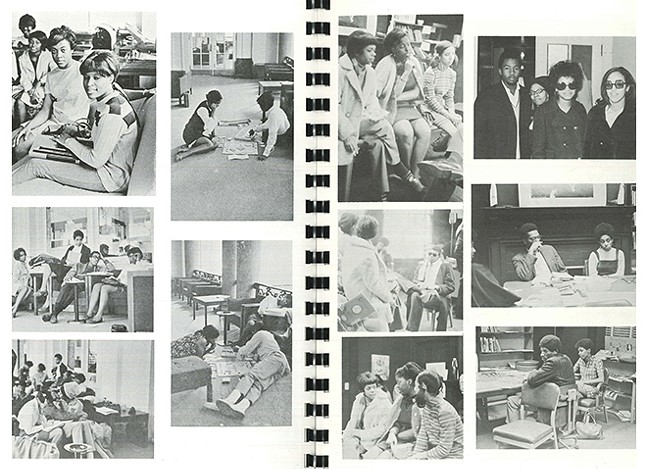 Photo: University Archives/University of Pittsburgh
Pages from the 1969 Black Action Society publication, As-Salaam Alaikum
On Jan. 15, 1969, Martin Luther King Jr.’s birthday, more than 40 Black students from the University of Pittsburgh staged a sit-in at the Cathedral of Learning computer center to peacefully protest the lack of opportunities for, and representation of, Black people on campus. Led by the still-active Black Action Society, the event instigated multiple changes at Pitt, including the creation of the Africana Studies program and financial aid and scholarships for Black students, as well as increased focused on hiring Black faculty and staff.

Nearly 50 years later, Pitt honors the activism of these students with a variety of homecoming events led by Pitt’s African American Alumni Council (AAAC). Called Fifty Years of Pride, Progress and Partnership, the celebration wraps up AAAC’s year-long efforts to commemorate half a century of Black activism, life, and culture on campus. It also marks the beginning of what Pitt describes on their website as “a new era of [Black] campus and community life” at the school. 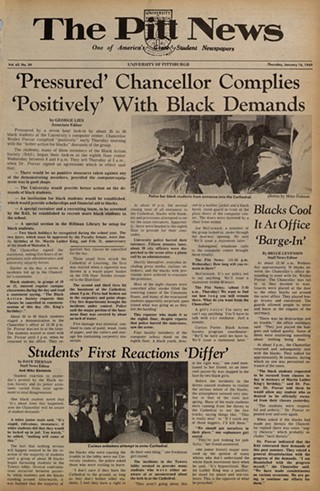 
The festivities continue Fri., Oct. 25 with a time capsule ceremony in the Dick Thornburgh Room of the Hillman Library. As part of the 2069 Time Capsule Project created by the AAAC and Pitt, the initiative will collect various artifacts and materials to be buried at a yet undetermined location on the sit-in anniversary on Jan. 15, 2020.

Also on the docket are presentations of two pieces of media about the 1969 computer center takeover, the oral history book Say It Loud, for which there will be a launch and panel discussion in the Hillman Library, and a documentary to be screened in Pitt’s Alumni Hall.

Concluding the celebration is the Sankofa Gala and Distinguished African American Alumni Awards on Sat., Oct. 26 and the Sankofa farewell fellowship brunch on Sun., Oct. 27. Both events will recognize distinguished Black alumni who have made important contributions to life at Pitt and beyond.

While the homecoming events highlight the progress that has been made on campus in the last 50 years, Edenis Augustin, a Pitt student who currently serves as the president of Black Action Society, believes it also shows that achieving racial equality is an ongoing problem in this country.

“Being in conversation and programming with early [Black Action Society] members has shown me that the struggle against racism is not an old thing,” says Augustin in a Pittwire release. “It is still around. It was not that long ago. There is still work we need to do.”

Pitt researchers might have a vaccine for coronavirus, but it still needs extensive testing

University of Pittsburgh libraries are still open during the coronavirus closures, for some reason