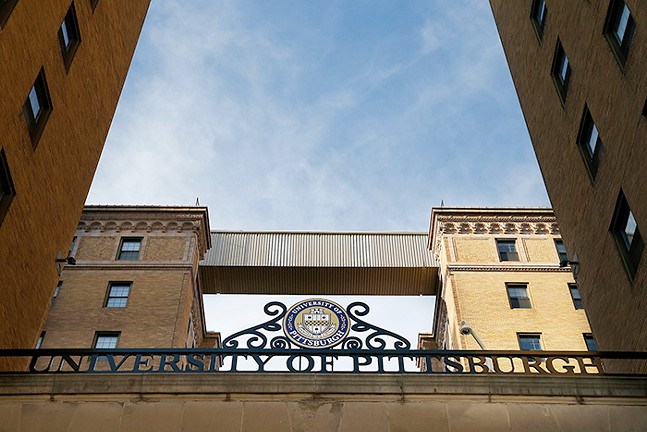 In a press release, USW called on Pitt to “end its anti-union campaign” against grad students and faculty.

Reports show that Pitt has spent more than $2 million on union-busting attorneys in recent years. A significant portion of this money was spent on Philadelphia-based firm Ballard Spahr, which advertises “union-avoidance” services on its website. In the past fiscal year, ending June 30, 2020, Pitt spent nearly $900,000 with Ballard Spahr in an effort to resist the unionization of graduate students and faculty members.

“It’s unconscionable that Pitt accepts millions in Pennsylvania taxpayer dollars while in turn spending millions of dollars to prevent its own employees from having a voice on the job,” said Melinda Ciccocioppo, a lecturer in the university’s Psychology Department. “It’s long past time for the university to end its union-busting efforts.”

Although USW has primarily represented trade workers such as those employed in metals, mining, pulp and paper, rubber, chemicals, glass, auto supply and the energy-producing industries, in recent years, they have allowed a growing number of health care workers, higher education employees, tech, and service occupation members into their fold. In April 2019, Pitt’s working graduate students just fell short of the vote to join USW.

But, a PLRB hearing examiner ruled last summer that the university administration inflated a list of its faculty employees in order to hinder the faculty’s unionization campaign.

Because this vote came during a period of unfair labor practices by the university, a Pennsylvania Labor Relations Board hearing examiner has called for a new vote. The university then contested that ruling, and in August 2020, the full PLRB dismissed exceptions filed by the USW, who represent the faculty and graduate students, and “partially dismissed and upheld” parts of the Pitt's exceptions, according to Pitt's University Times.

Because of the August 2020 ruling, a hearing examiner must determine the validity a section of votes, and that determination could determine if the original union vote results should stand.

“Allowing the university’s work force to have a voice in the decision-making processes that affect their lives and the lives of students would be a win-win for everyone on campus,” said Kim Garrett, a PhD candidate in the Department of Environmental and Occupational Health. “It’s shameful that the university is spending that $2 million-plus to silence students and faculty instead of using it to improve their lives.”

Pitt spokesperson Kevin Zwick told The Pitt News that the university continues to “work directly” with all graduate students and faculty members and will “remain committed to supporting their educational and professional successes,” no matter the outcome of unionization efforts.

“The University has followed the process laid out by the PLRB rules and has sought to ensure that all eligible voters are included in the process and people have the opportunity to make informed choices on these important decisions,” said Zwick in a statement.