Under the Radar: Ride-share companies work to keep their service on the streets while drivers try to keep a low profile to avoid steep penalties | News | Pittsburgh | Pittsburgh City Paper

Under the Radar: Ride-share companies work to keep their service on the streets while drivers try to keep a low profile to avoid steep penalties 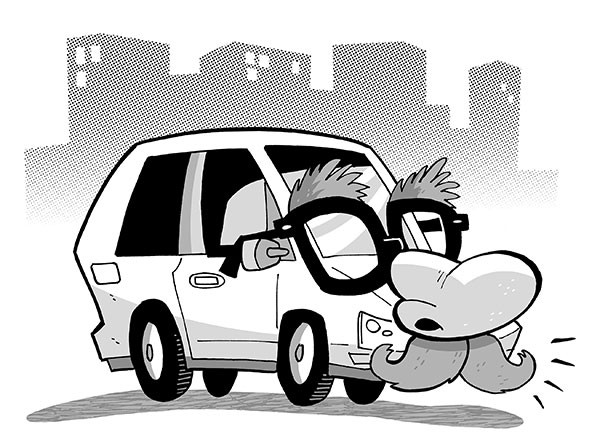 Editor's Note: This story went to press prior to Tuesday's decision ordering Lyft and Uber to cease operations in the City of Pittsburgh. Our updated stories can be found here and here and we will be following the story in our Blogh as it breaks

Attorneys for ride-share companies Lyft and Uber were in court last week trying to convince a panel of administrative-law judges not to shut down their local operations.

But judges Mary Long and Jeffrey Watson weren't the only ones with a decision to make. Many of the companies' drivers are torn over whether to continue doing a job they enjoy at the risk of steep penalties including revocation of their vehicle registration.

Emergency cease-and-desist hearings were held in Pittsburgh June 26 to determine if Uber and Lyft can continue to operate while their applications for experimental operational permits are considered by the Public Utilities Commission.

Lyft and Uber launched in Pittsburgh without first seeking approval from the PUC. Each company connects contracted drivers with passengers seeking a ride through a smartphone app and charges a fare based on distance and time.

Earlier this year, the PUC told City Paper that it would begin citing the companies and their drivers. That effort began in earnest in April when 23 drivers were cited for transporting passengers without a permit. That was followed by the PUC issuing a cease-and-desist order to the companies on June 16.

In filing the cease-and-desist orders, the PUC also called for an additional $1,000 fine for each driver, plus the revocation of their vehicle registration. According to Title 75 of the state vehicle code, registration can be suspended if the vehicle has been used to transport passengers for compensation without having a certificate of public convenience.

Uber and Lyft drivers say this is the part of the battle over ride-sharing that concerns them most. The threat has resulted in fewer of Lyft's signature pink mustaches being visible on the road. Several drivers reported pulling the mustache off the front bumper and moving it to either the trunk or backseat to avoid being a target.

One Lyft driver says he no longer displays the mustache because losing his vehicle registration would make it impossible for him to find other employment. The driver, who did not want to be named, says he has been working for Lyft since its February launch. At first, it was part time, but he has been driving full time while waiting to hear if he's landed a new job. And if he gets that job, he says he would need a vehicle to get back and forth to work.

"I usually just leave it off now," the driver says. "The vehicle-registration issue has me worried."

Another Lyft driver says the company has told him not to worry and to just continue driving, but he has also heard of his fellow drivers ditching the mustache, especially when taking fares to the airport. "It is basically asking for trouble at this point," the driver explains.

Luigi Lista, who has been driving for Uber since its launch, was not happy to hear about the possibility of losing his vehicle registration. He says he believed the issues had already been worked out.

He reached out to Uber, but says he was told to "obey all traffic laws and consider the risks for himself."

Not content with that response, Lista followed up. He says he asked Uber specifically about drivers losing vehicle registration, and received an email reply that stated, "Uber cannot give legal advice."

He says they never addressed his particular concerns, but did put out an email to drivers guaranteeing $60 an hour for driving the weekend of June 20-22. Lista says this is the highest incentive that Uber has put out since launching.

In addition to the larger fines and consequences for drivers, the PUC proposed $1,000-per-day fines for Lyft and Uber, retroactive to their launch dates.

Before launching, both companies contended they did not need approval from the PUC and that there were no forms for them to fill out because they did not fall into traditional categories of transportation.