Uber cuts about 350 employees nationwide, including from their autonomous vehicle division 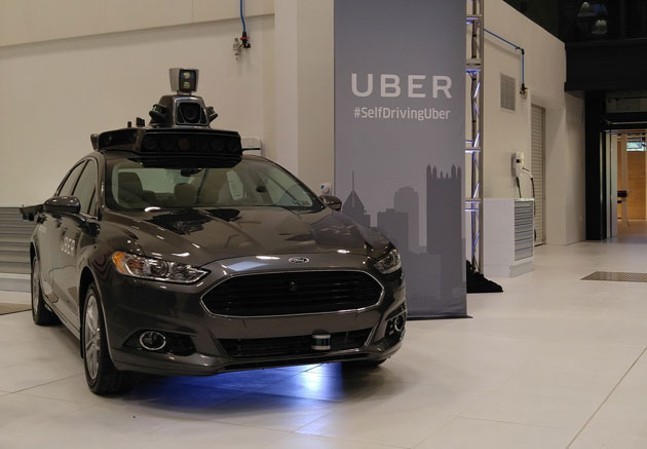 CP photo: Kim Lyons
A Ford Focus model of an Uber driverless car
In a company-wide email, Uber CEO Dara Khosrowshahi announced on Monday the ride-hailing company would be cutting about 350 jobs.

The losses will be spread across multiple departments, including UberEats and the Advance Technologies Group (ATG), which works on autonomous-vehicle technology.

Pittsburgh is home to a large number of companies working on creating autonomous vehicles (AV), also known as driverless cars. Uber has offices located in the Strip District, which are working on AV technology, and employs hundreds of people in the region. However, it is unclear exactly how many of the job losses will hit Uber's Pittsburgh office, as the email didn’t specify locations.

In a Pittsburgh Business Times story, Uber ATG spokesperson Sarah Abboud declined to disclose how many Pittsburgh Uber workers were being let go. Abboud said that there are 1,200 ATG employees between offices in San Francisco, Toronto, and Pittsburgh. According to the Business Times, the Pittsburgh ATG office had about 700 employees six months ago.

Yesterday’s announcement was the latest in a string of layoffs announced by Uber. Last month, the company cut 435 positions from its engineering and product teams. In July, the Uber marketing team shed 400 jobs. Uber is still left with more than 22,000 employees according to FactSet, a financial software company. In August, Uber reporter a more than $5 billion loss for this year's second financial quarter.

Khosrowshahi wrote in the email that the layoffs were “difficult but necessary changes to ensure we have the right people in the right roles in the right locations.” He wrote that these would be the last wave of layoffs, which began this summer.

Some companies in Pittsburgh’s AV industry have been working to temper expectations surrounding driverless cars. Argo AI, the AV company that is partnering with Ford and has offices in the Strip District, said in September that its autonomous vehicle won’t be available for personal ownership, will only travel will operate in a confined area in certain cities, and at low speeds.

Even Uber has also lowered expectations of what their driverless cars will likely accomplish. Uber officials told Pittsburgh City Paper in January “there's too much to perfect to enable a 100 percent autonomous future, and we really do need the skilled expertise of drivers to handle the more challenging scenarios that are not ideal use cases for AVs.”