Tying your own knot: In Pennsylvania couples can wed through a self-uniting marriage license | News | Pittsburgh | Pittsburgh City Paper

Tying your own knot: In Pennsylvania couples can wed through a self-uniting marriage license

The custom is rooted in the Quaker faith 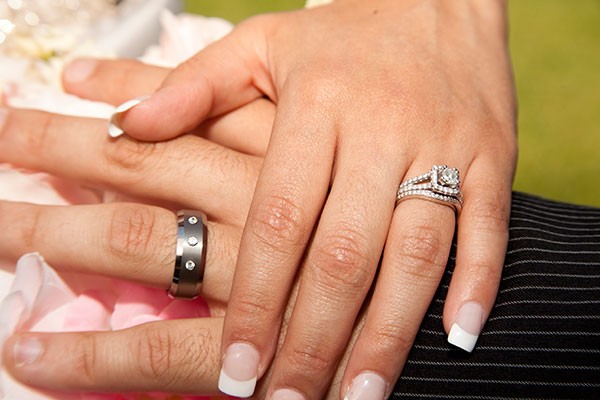 For couples who want to skip a formal marriage ceremony, usually their first thought is to just get a marriage license, go to city hall and get married by a judge, magistrate or mayor. But in Pennsylvania, getting married doesn't even have to be that formal.

Pennsylvania is one of the few states that offers couples the option of a self-uniting marriage license.

The custom is rooted in the Quaker faith and is actually part of a formal wedding ceremony. According to the book Quakerism: A Religion Meaningful for Today's World, the couple walks into the ceremony together and later rises and states their vows to each other. At the conclusion of the event, all of the witnesses sign the marriage certificate.

Because Pennsylvania has a large Quaker population, the license is available in most counties. But you don't have to be a Quaker to take advantage of the service; the state American Civil Liberties Union took care of that in 2007.

An Allegheny County couple had been denied the self-uniting license because they told the Register of Wills that they weren't part of the Quaker faith. With the help of the ACLU, the couple sued, and the court ruled that the license cannot be denied to anyone.

According to the Allegheny County marriage-license bureau, the cost of the license is $80, the same as a standard marriage license. All you have to do is tell the clerk that you're applying for a self-uniting license, sign it in front of two witnesses, and send it back in for filing.

Turns out you can get married and avoid all the wedding-day drama, like dancing with your inappropriately handsy Uncle Joe.