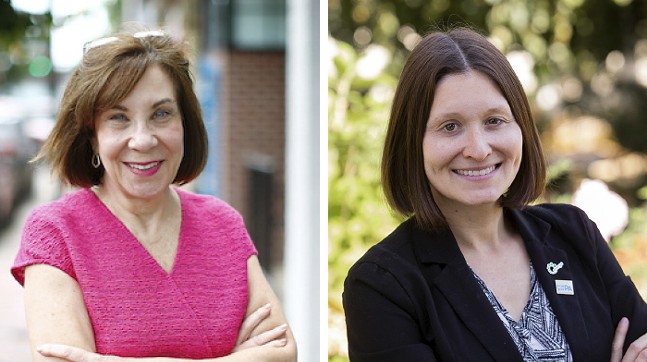 These come as part of Obama’s first wave of 2020 endorsements, which he posted on social media this morning.

The endorsement list recognizes 54 “battleground candidates” in closely contested state legislature races across the U.S. Next year, state legislatures across the country will redraw legislative and congressional district maps. There is a slim chance the Pennsylvania state House and state Senate flip to Democrat-controlled following this year’s election.

“I’m proud to endorse this diverse and hopeful collection of thoughtful, empathetic, and highly qualified Democrats. Together, these candidates will help us redeem our country’s promise by sticking up for working class people, restoring fairness and opportunity to our system, and fighting for the good of all Americans — not just those at the top,” Obama said in a statement. “They make me optimistic not just about our party’s chances in November, but about our country’s future long after that. So if you’re in one of their districts or states, make sure you vote for them this fall. And if you can, vote early — by mail or in person.”

Both seats are considered some of the most competitive in the region.
Iovino and Geiger Shulman’s campaign Twitter accounts both thanked Obama for the endorsements in posts this morning and encouraged voters to donate to support their campaigns in what they called “one of the most important elections of our lifetime.”


Today I'm proud to receive an endorsement from @BarackObama. This election is one of the most important of our lifetime, and I'll need your support! Chip in today to keep the momentum going! https://t.co/4tmN8NWiau https://t.co/WduHnZiTfA


Today I'm honored to be endorsed by @BarackObama. This election is one of the most important elections of our lifetime, and l need your support. Join our campaign at https://t.co/gVYRBG8l2T https://t.co/7AETQaTuXO

In a press release attached to the announcement, Democratic Legislative Campaign Committee President Jessica Post emphasized the importance of state House and Senate races this year.

“Between redistricting and the coronavirus pandemic, the leaders we elect to our state legislatures this year will have an outsized impact on politics for the next decade,” said Post. “But don’t take it from me — as a former state legislator himself, President Obama knows better than anyone how crucial it is to ensure our communities have strong representation in their statehouses. Democrats are united in flipping state legislatures this November, and we’re so proud of the incredible candidates that have stepped up to fight for their communities.”