Two special elections in the Pittsburgh region are already slated for 2018, and the governor’s and state legislature’s races could get interesting. | News | Pittsburgh | Pittsburgh City Paper

Two special elections in the Pittsburgh region are already slated for 2018, and the governor’s and state legislature’s races could get interesting.

“If the wave is big enough, where you get unequal turnout where Democrats come out and Republicans stay home, then things can change.” 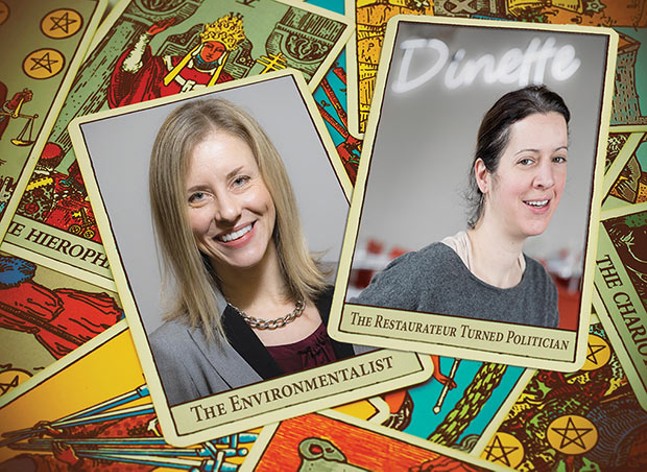 Many people in the Pittsburgh region are more keyed into local politics than they have been for years. In 2016, with Donald Trump and Hillary Clinton hogging the election headlines, local races received little traction. For example, G. Terry Madonna, a political pollster and professor at Franklin & Marshall College, said in 2016 that the election between U.S. Rep. Keith Rothfus (R-Sewickley) and challenger Erin McClelland (D-Upper Burrell) had “no zip to it” and wasn’t “on anyone’s radar.”

But in this year’s upcoming election, Rothfus has four Democratic opponents. Constituents have gathered regularly outside of his district offices all year, calling on him to hold a town-hall meeting to hear their concerns and protesting his support of Republican-backed causes like the recently passed tax bill. Similar left-leaning energy is present all over the Pittsburgh region, and throughout the Commonwealth. And experts are predicting a Democratic wave where liberals win seats in large numbers. Even so, Republicans are making some gains in economically declining regions like Erie and Scranton.

Madonna says 2018’s election could act as a bellwether of Pennsylvania’s changing political landscape. Either conservatives hold on to the gains they made in 2016, or liberals come back and overtake some traditionally Republican areas in the suburbs of Philadelphia and Pittsburgh.

Locally, the race for Rothfus’ seat is just one of the many that might lead to changes in 2018. In fact, the Pittsburgh region will see two special elections decided before November, thanks to two politicians vacating their seats. Here’s Pittsburgh City Paper’s guide to the political races to watch this year.

But after Gilman’s announcement, some excitement was quickly injected into the race to replace him. Sonja Finn, the chef and owner of Dinette in East Liberty, threw her name into the race and was quickly followed by Gilman’s chief of staff, Erika Strassburger. With Finn’s name recognition and status (she was featured on the Pittsburgh episode of Anthony Bourdain’s Parts Unknown) and Strassburger’s experience working in council, along with an endorsement by Gilman, the race for Pittsburgh’s next city councilor is sure to be lively.

Finn (D-Point Breeze) says she was compelled to run because she feels she’s “really rooted in District 8.” The Pittsburgh native moved back home more than a decade ago after working as a chef in San Francisco. Since then, she opened Dinette, has been involved at her son’s school, Linden K-5 in Point Breeze, and has advocated in Washington, D.C., for food-justice programs. If she’s elected, Finn says she will focus on equitable development, so that the growth in the East End is experienced by all its residents.

Finn says she can bring outside experience that can benefit council, particularly in its push to provide paid sick days to employees in the city, which received criticism from restaurant-industry lobbying groups and was eventually blocked in the courts. “There has to be someone there who actually has an idea on how these businesses actually work,” says Finn, citing her success owning and operating Dinette for 10 years, while paying her employees fair wages and offering them benefits. “With expertise, [council] might not get the push-back from the industry.”

Strassburger, of Squirrel Hill, says she has wanted to be a leader since she moved to Pittsburgh in 2009. After Trump’s election, and participating in the Women’s March in Washington, she jumped at the chance to fill the District 8 seat. She’s been dismayed at Trump’s policies and the sexual-assault allegations made against him. She’s also been awoken to the comparatively tiny role women have in all levels of Pennsylvania government.

“I vowed to myself that if I had the opportunity to run, I would take that chance,” says Strassburger.

She believes her role as Gilman’s chief of staff can easily transition into a successful term on city council. “I excel at working with the community directly and getting them the resources they need,” says Strassburger. “That might seem difficult for people, but I absolutely love it, that is not a job for me.”

But Strassburger touts more than her experience working for council in District 8. She believes her time as an environmental advocate in New Hampshire and in Pittsburgh would be valuable if she were to sit on council, particularly with its ongoing struggles with the Pittsburgh Water and Sewer Authority.

“I spent a decade fighting for clean water, and right now the PWSA has $4 billion in capital needs and a federal mandate to lower lead levels,” says Strassburger. “We have to keep water publicly owned, but make sure important changes are implemented. Green infrastructure needs to be a priority first, and I believe there are ways to raise money for that.”

The special election for Pittsburgh City Council District 8 will be set by council president Bruce Kraus after Gilman officially resigns on Jan. 3, and will likely be held within a few months. 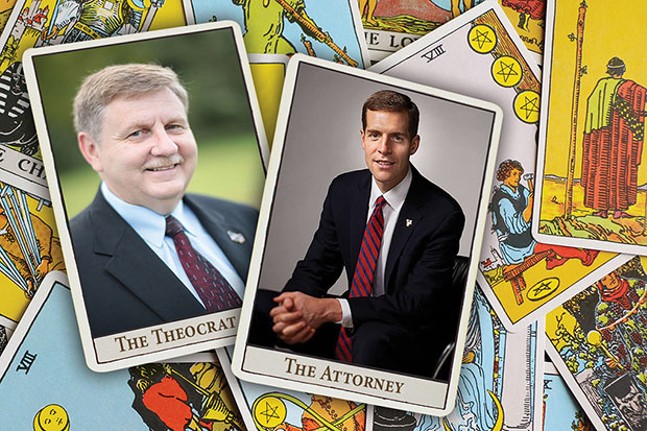 The Pittsburgh region has another special election due for early 2018, and this one could have national implications. Conor Lamb, a Democrat from Mount Lebanon, will face Pennsylvania state Rep. Rick Saccone (R-Elizabeth) to fill the vacant seat in Pennsylvania’s 18th Congressional District. The seat was vacated when former U.S. Rep. Tim Murphy (R-Upper St. Clair) resigned following a scandal involving an extramarital affair.

Political expert Madonna says Saccone is currently favored, as the district is fairly conservative. But the race has received more attention thanks to Democrat Doug Jones’ upset win in deep-red Alabama. Additionally, political-prediction site the Cook Political Report has been grading the district as less Republican over the past few months.

There are similarities to Alabama’s senate race. While no serious allegations of misconduct have been levied against Saccone, as there were with Jones’ opponent, Roy Moore, Saccone has a deeply conservative record as a state legislator: He opposed same-sex marriage, attempted to loosen gun laws, and tried to inject Christian theocracy into state government and public schools. By contrast, Lamb, like Jones, is mild-mannered and liberal, and has worked as a prosecutor. (Lamb prosecuted heroin dealers in Western Pennsylvania, while Jones successfully prosecuted Ku Klux Klan members who in 1963 bombed a church in Alabama.)

Madonna notes that Jones won due largely to Alabama’s significant African-American electorate, and that PA-18 has few black voters. He says it would be a big upset if Lamb were to win, and that Lamb is going to have to energize suburban voters, particular women, to even have a chance.

But Madonna says that if Lamb were to win the district, Democrats could be energized nationally. “If this election was to be an upset and a Dem were to win,” says Madonna, “this would be huge prognosticator to the midterms, which are already looking like potentially a Democratic wave.”

The special election for PA-18 will be held on March 13.

Pittsburghers are likely already aware of the race for the governor’s mansion, as candidates have already run ads touting their campaigns. Gov. Tom Wolf, a Democrat, and contenders business consultant and Republican Paul Mango and state Sen. Scott Wagner (R-York) all have released TV ads. Pennsylvania House Speaker Mike Turzai (R-Marshall) is also running for governor, and has created online ads, but no TV ads yet.

Madonna says, given the energy on the left and the fact that Wolf’s job performance remains positive, the race for governor currently leans Democratic. He notes that Wolf didn’t take much heat for 2017’s budget shortfall, and it’s unlikely another budget stalemate will occur in 2018, since Turzai, who has the power to start a budget stalemate, could be reluctant to start another one.

“Turzai wants to get on the campaign trail, and not focus on a stalemate,” says Madonna. “It doesn’t help anybody if there is a budget stalemate.”

Madonna notes the success in 2017 of Republicans statewide, like state Supreme Court justice Sallie Mundy’s victory, but believes that odds are against Republicans in the governor’s race. He even says there is a possibility for Democrats to pick up a good amount of seats in the state legislature, if the predicted Democratic voter wave is big enough. (For example, there are eight Republican-held state Senate seats with strong potential to flip, because those districts were carried by Democratic presidential candidate Hillary Clinton in 2016.)

“If the wave is big enough, where you get unequal turnout where Democrats come out and Republicans stay home, then things can change,” says Madonna. “The wave also has potential to really help Wolf, too."