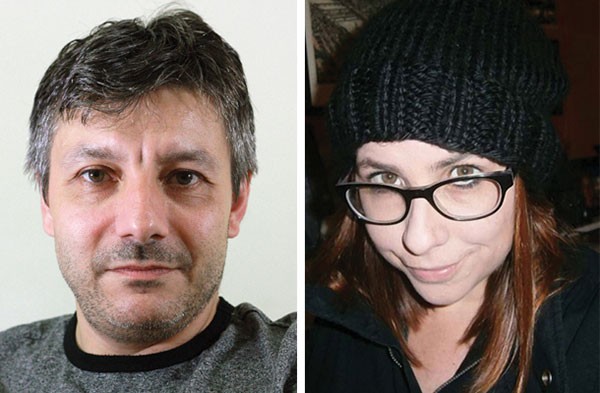 
Disability is dangerous. We represent danger to the normate world, and rightly so. Disabled people live closer to the edge. We are more vulnerable. ... But there is something glorious in being considered so odd, so marginal to society. Disability brings with it a wonderful range of remarkable and powerful vantage points.


While the Americans with Disabilities Act sought to end handicapped discrimination, powerful perspectives from writers like Susan Sontag and Larry Eigner discovered new ways to consider disease and disability. There have also been poetry anthologies (Beauty Is a Verb), award-winning films (My Left Foot) and a slew of memoirs bringing to light the art and day-to-day struggles of those dealing with a range of health matters.

Perhaps with all that in mind, local poet Kristofer Collins’ Low Ghost Press has released two collections that mostly hew to living with health-related issues. These new works by Pittsburgh’s Jason Irwin (A Blister of Stars) and Brooklyn-based Ally Malinenko (Better Luck Next Year) are by turns physical and philosophical, offering unique perspectives with straightforward, narrative writing.

Much of A Blister shows Irwin’s speaker trying to overcome birth defects personified as the “monster.” (Though in one poem he mentions a clubfoot needing to be amputated, Irwin is rarely explicit about the defects, writing in “Monster” of being “swaddled in my disfigured armor.”) These poems paint a sad yet beautiful picture of a child’s life revolving around frequent hospital visits. In the prose-y “Their Hands,” he writes of “their hands holding me down: my mother’s, / father’s, a young nurse’s gripping my left arm and the doctor’s. Before / each prick into my skin, he assured me it wasn’t a needle.” The poem ends with the speaker reflecting on “the chimpanzee they told me lived in a cage in the hospital’s / basement. He learned sign language and every morning begged his / handler to set him free.” The terror and final resignation in this piece remains both palpable and captivating.

Isolation is another theme Irwin visits in this 75-page collection, especially in ways that se
parate his speaker from the more quotidian rhythm of routine childhood. In “Cheese Sandwiches,” he writes of missing out on pizza and hot dogs, growing “tired of chewing and chewing, / wanting only to be outside with my classmates, / who have left me with Tony, the school janitor, / who sings Sinatra as he mops the floor.” The poem’s ending, “to feel satiated, to feel like I belong,” gives readers both hope and mindful insight.

While later poems move away from this focus, giving a glimpse of the speaker grown up and getting along in the world, the physicality of details in poems like “Ostomy Bag” (“a translucent pouch / that shimmered like a jellyfish”) and “Hospital Room” (“the gurney’s squeaky wheel, / my veined hands”) make A Blister of Stars a detailed glimpse at a childhood often spent suffering.

A body’s betrayal of itself is also at the heart of Better Luck, which follows Malinenko’s 27-year-old speaker over 126 pages, walking readers through her discovery of and treatment for breast cancer. It’s a disease both of her parents are dealing with as well, and when she withholds her diagnosis from them, it only adds to the tension of a life-changing situation.

The first poem, “The Day Before,” acts as demarcation, the end of her pre-cancer life, the speaker enjoying beers with friends at a poetry reading. When they get caught in the rain, it’s a last hurrah: “I didn’t know it then / but I was saying goodbye for good / to all of you, yes / but also to me / because / this me / now / is not me.” The short, choppy lines here represent, perhaps, a lack of answers for why this is happening and who she’s become, the “lost / slivers of herself like pencil shavings.”

Malinenko’s witty, conversational tone keeps Better Luck from veering into weepy sentimentality. When her speaker describes the sonogram of her tumor, it’s “[l]ike the red spot on Jupiter / a hurricane the size of a planet / here now / inside me” — a brilliant use of simile. When she writes of this news sinking in, “I whisper. Fuck. / The smallest hurricane of a word I know,” it’s powerfully restrained.

In the end, Better Luck Next Year is a book of immersion, taking the reader on a journey into big questions that go unanswered, but also into the small spaces of bathrooms and waiting rooms where discoveries of the speaker’s new self are made daily.