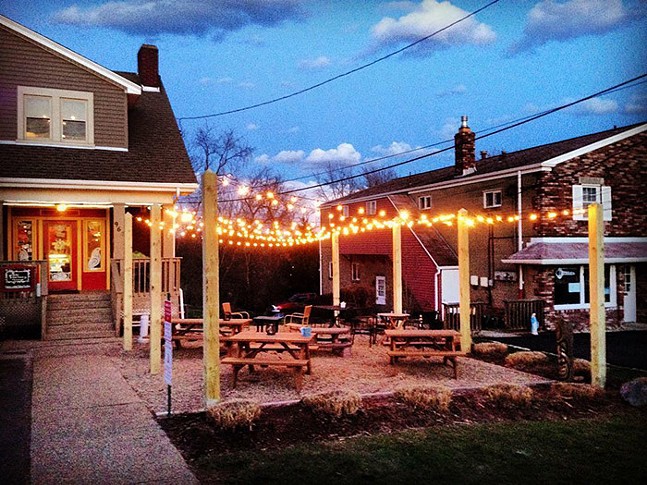 Artisan Cafe, located on the bottom floor of Artisan Tattoo on Penn Avenue, has been a Garfield go-to for four years. The cafe describes itself as a “forum for honest expression of the self.” Since the beginning, Artisan has dedicated its shop to making space for local artists and crafters.

“Thank you all so much for the years of support and love,” Artisan Cafe owner Tyler Bryan wrote in a social post. “It has been an incredible opportunity to be part of this wonderful growing community and we hope to watch it continue to flourish.”

It's been almost four years since we opened Artisan Cafes doors to the community of Garfield. With heavy hearts it's time we announce that we'll be closing at the end of the month. We hope to see all your beautiful faces again before we close on the 29th and get to serve yinz up some more delicious coffee. Thank you all so much for the years of support and love. It has been an incredible opportunity to be part of this wonderful growing community and we hope to watch it continue to flourish. - Tyler and the crew of Artisan Cafe

Michael Witherel, owner of Coffee Buddha, also announced the impending closure of his North Hills shop via social media. “This is a post I never wanted to make,” he began. “But here it goes.”

Witherel opened Coffee Buddha in 2011 with the intention of bringing a comfortable and welcoming spot for all ages to a community with limited options. It was designed to be a neighborhood hub, a place to “discover movies, art, events, and, of course, everything coffee-oriented.”

“Coffee Buddha was for the community, and regardless of its closure, it was a success,” Witherel writes in the post. “ A lot of memories were made here. I’ve made life-long connections and best friends. Coffee Buddha is the reason I met and married the love of my life. And you know what the greatest part is? Other people can say the same thing.

“The shop has really been a special thing to be a part of and grow with,” he continues. “The original idea behind Coffee Buddha, was that it was supposed to feel like an extension of your best friend’s living room, in my mind, we accomplished that.”

Witherel says that closing the shop is “probably the hardest decision” he has made, but hopes that Pittsburgh will stick with him until the end.

The final day for both coffee shops is scheduled to be Sat., Feb. 29.